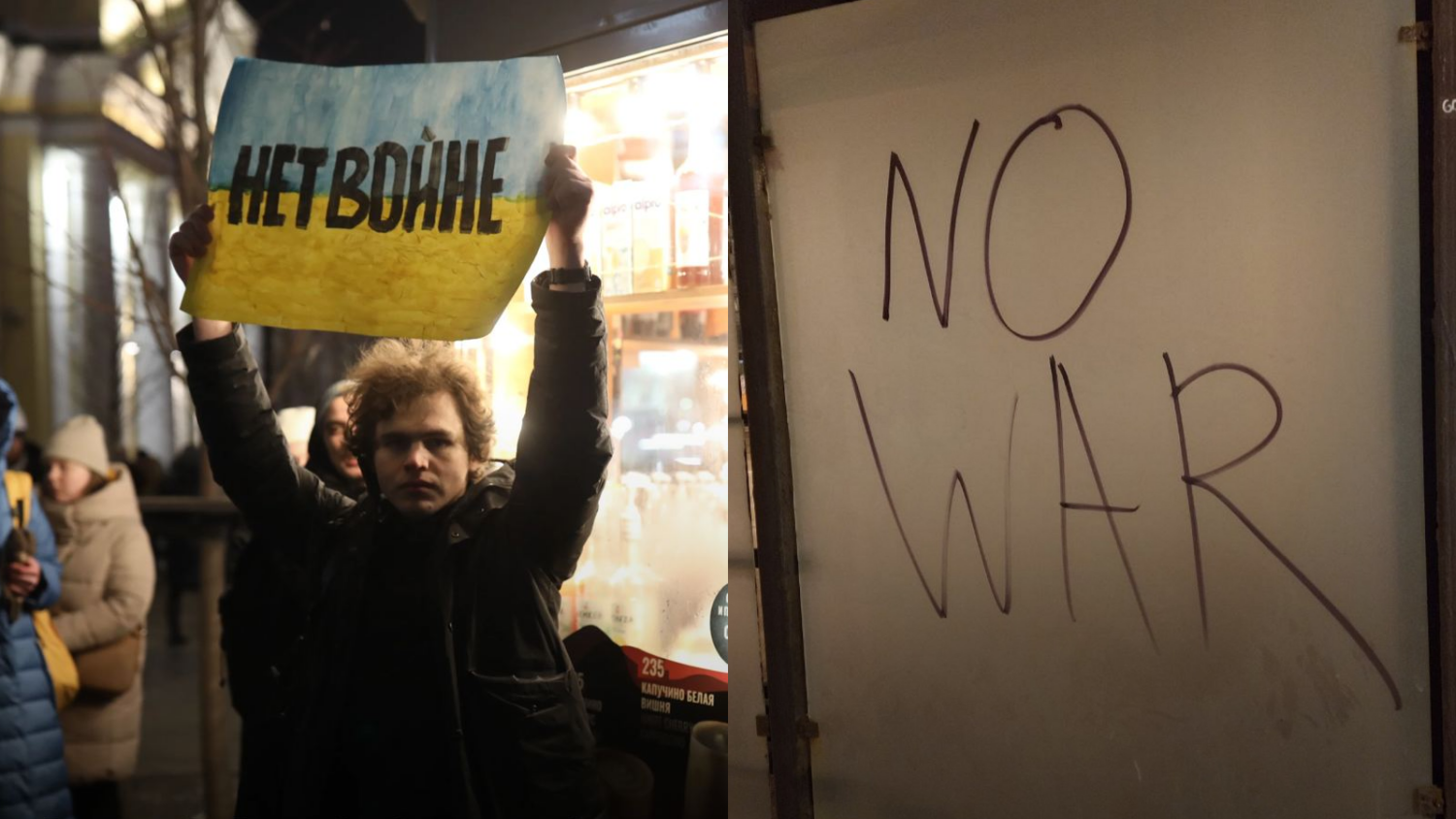 In the days and weeks after Russia’s February 24th invasion of its neighbour Ukraine, Russians throughout the country publicly expressed their discontent through protests, marches and public performances. However, amidst a tightening clampdown on dissident and public disagreement on the ruling party’s official line, people have had to find new ways to voice their opinions. One such way that is less obvious, but still very visible, is through writing or spray painting defiant slogans and imagery in public places, as Sergei* (20), a student in a major Russian city, testifies.

Sergei: ‘A lot of people in Russia express their point of view regarding this conflict even if it may be dangerous. (…) It shows people in Russia who are against (the war) that they are not alone. And I hope that it shows Europe and the world that in Russia a lot of people are truly peaceful, intelligent, pro-European, tolerant and humane.’

Sergei: ‘You see, 99.99% of people in government just don’t want to listen to Russian people if their point of view is different. And for now, these movements (protests, graffiti and public display of discontent) have a little chance to visibly de-escalate this hell. (…) But I try to stay optimistic. Freedom is a part of me, is a part of my life, and is a part of my philosophy. It is one of the most significant human values. And I hope that this will be taken into consideration one day.’

*Name has been changed for safety reasons