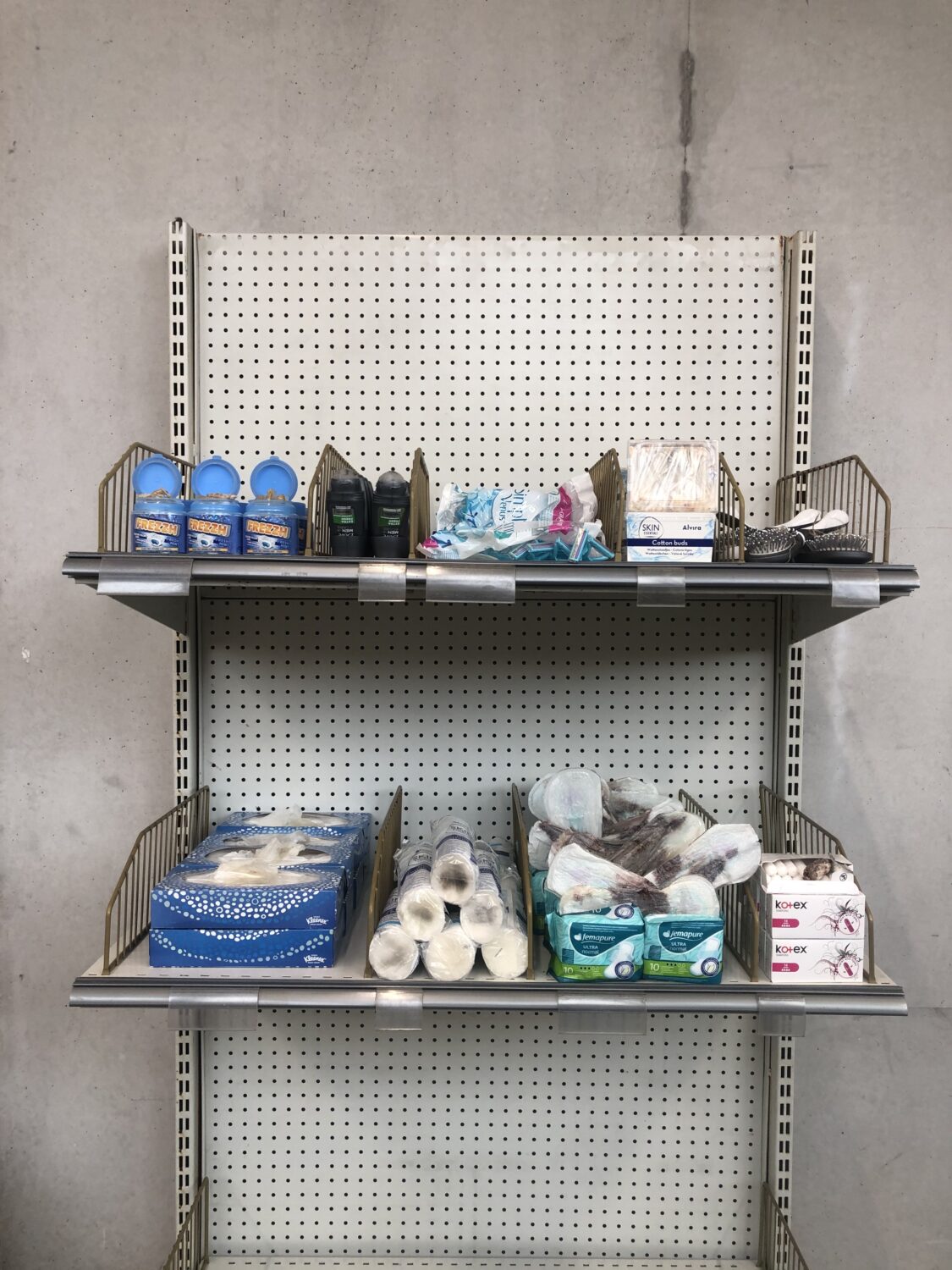 Rika Van Hal, a 21-year-old woman completing a master’s in visual arts at Sint Lucas Antwerp,  is using her voice to raise awareness about the taboo surrounding menstruation ‘It was to provoke people’s reaction,’ she mentioned during the interview.

‘Menstruation is a natural experience for most girls and women, yet it is often associated with socially imposed taboos and shame. “Period poverty” is a new term that has garnered the attention of media and politicians. It has articulated a public discussion of the menstrual health challenges that remain in many cultures. That is what Nina Lansbury Hall (2021), author of Menstrual Health and hygiene in sustainable development goal 6,  says about the situation. But there is also a taboo around other products.

The taboo around used products inspired Rika for her piece: ‘The Three R’s; Reduce, Reuse, Recycle.’The three R’s are supposed to show that when you buy something, you use it and afterwards recycle it instead of throwing it away. Not necessarily for the same purpose, but maybe in a different way. 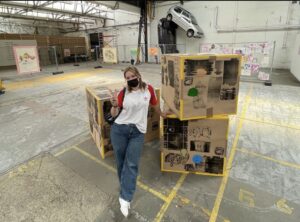 To start her artwork, she began collecting items of hers such as tissues, pads and used gum. She conserved most in Epoxy, a product creating a layer between the ‘used’ and ‘dirty’ to how people see certain products. While the product is not that environmentally friendly, she decided to use it as it ensures that her art is timeless and will last forever. Not everything was conserved in Epoxy, nor was it used by her. The intent of using expoy for all items was there, however it was not feasible. Some items were bought for the artwork and displayed in the mirror image of an actual store.

‘I thought with the right amount of marketing, any product could be sold.’

Rika wanted to lure out people’s reaction with her piece, with products that have a ‘dirty’ connotation. She wanted to see if it sells because, in her opinion, anything could sell with the right amount of marketing. At the same time, she started another business using resin. Rika’s Resin Art is a small business where she sold things such as coasters. She admitted that she didn’t expect the pads to sell, but she did get a lot of feedback that people were interested in them. Her coasters sold well, which became a way to finance her artworks.

‘Women are ashamed that their pad wrappers make noise when they go to the bathroom.’

The taboo around periods is not something that sits well with her. While her art piece was not meant to be a feministic work, many people did see it as one. Her art was seen as controversial and not welcomed everywhere. On the day of her display, she was called to uninstall her art piece due to the controversy around it. But it did also show ignorance some people had around the topic. The used pads became a piece of knowledge for men that were unaware of how much or little women bleed.

She intended the same with her other used products. The stereotype of dirtiness around tissues and used gum. ‘You would not use another person`s roll-deodorant, right?’ Rika mentioned how these types of products are something personal. How in some way, the piece is a self-portrait, as everyone has different colours and smells.

‘My work is always a bit like a self-portrait, it shows what I think about certain topics and that there shouldn’t be any shame surrounding it.”