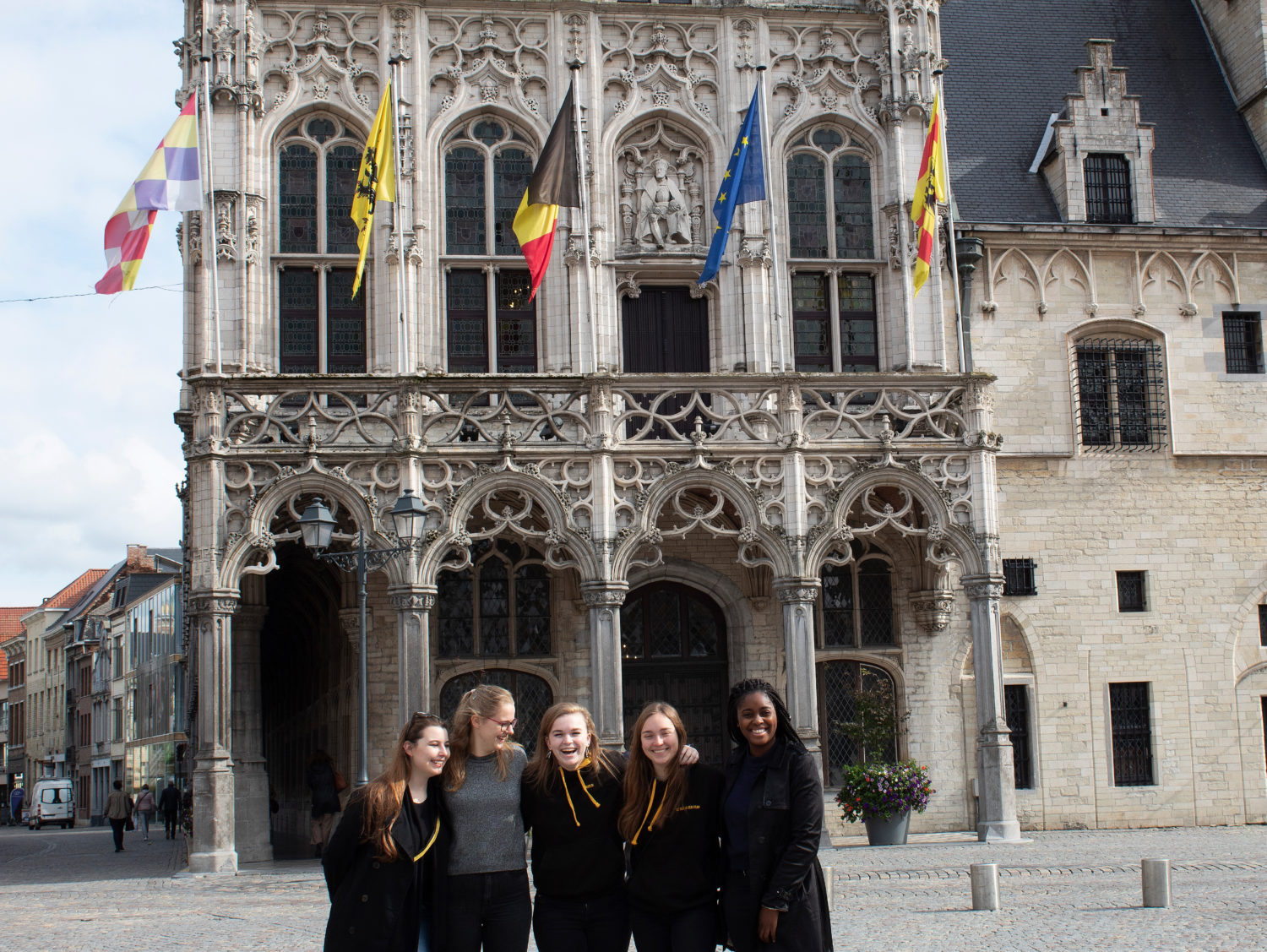 Every country has its own way of living. Strange habits you may have never heard of. This could lead to miscommunication and maybe even awkward moments or feeling offended. When you think about visiting or moving to Belgium, here are a few things Belgians do.

There are a lot of ways to greet someone, so this may be confusing when you first come to Belgium. In a formal meeting, you shake hands, mostly a firm handshake that doesn’t last long. When it comes to greeting friends and family, we give a hug or a cheek kiss. You touch the other person’s cheek with your own and make a small kiss sound. When you wish someone a happy birthday, you give them three cheek kisses.

Belgians are always in a hurry: on their way to work, on their way to school, catching the train. When you try to ask something, most will say they can’t help you because they have no time. Don’t take this personally.

Belgians tend to eat very fast. According to the scientific health institute, Belgians spend an average of 26 minutes at the table. This can be linked to the fact that Belgians are always in a hurry. We have to eat breakfast fast to be on time for the bus or train. For lunch, we only have a small period of time before we have to get back to work and for dinner, we eat fast so we’re on time for the 7 o’clock news.

Belgians often travel with public transportation. But for foreigners, this might be a bit complicated because of the many different types of transport that are available. For longer distances, we often use the train. If you are younger than 26, you can buy a ticket named ‘Go Pass 1’. This one-way ticket only costs €6,60 to travel throughout Belgium. Beware, with this ticket, only the second class on the train will be available. You can check your route on the website. Make sure to buy your tickets online, in the app or at the train station, tickets bought on the train will be seven euros more expensive.

When we don’t have to travel that far, we take the bus, tram or metro from De Lijn. These are cheaper than trains, they cost three euros for one hour. After that, you can’t change busses anymore, but you are allowed to finish your journey with the bus you’re on. You can buy your ticket on the bus, but be aware you only can pay cash and you can give no more than ten euros. Besides that, tickets can be bought in a Lijnwinkel or at a vending machine. To see the departure times, visit their website.

Make sure you always carry a valid ID or a passport, so you can always show who you are. Especially when travelling with public transport they tend to do random checks to make sure no one is driving illegally.

If you, as a non-European citizen, come to Belgium and you’re not staying at a hotel, you need to register yourself, this is also for tourists. If you come from an EU-country, you don’t have to do anything. If you are from an EEA- country or Switzerland, and you’re staying for a longer period of time, you have to register using a temporary residence permit (visa D). After the government checked your home, you will be officially registered. More info can be found on their website.

As said before, Belgians are always in a hurry, that’s why it’s expected that when you meet at a certain hour, you’ll be on time, or even ten minutes early. Punctuality demonstrates respect in Belgium. Being late will give Belgians a feeling of not being important and even disrespected. That’s why some people set their clocks five minutes in advance, so they will be always too early.

In contrary to some countries, leaving food on your plate is considered rude in Belgium. That’s because it’s considered that the food wasn’t good. So when you’re invited for dinner, always take less than you want and refill when you’re not full yet. If it happens that you really can’t eat everything, just emphasize that it was tasty but you’re just full.

Often a misconception about Belgium is that everyone speaks French, but this is certainly not the case. So be aware when you want to talk in French, some Flemish people will get offended. This is maybe because French once was the language of the elite and Dutch (Flemish) was considered inferior. That is no longer so, but still Flemings and Walloons don’t always agree and sometimes this causes irritated reactions.

9. Beat around the bush

Belgians don’t really say what’s on their minds, telling their honest opinion can be difficult. We often elaborate on a subject for far too long, where you expect a simple yes or no answer, we can talk about it for fifteen minutes before giving you a real answer.

If you want to go shopping in Belgium, be aware that on Sunday, most shops are closed. As Belgium was a Christian country, Sundays were used to go to church. Now we just stay at home to catch up with our family. Some supermarkets are opened, but most of them close in the afternoon.