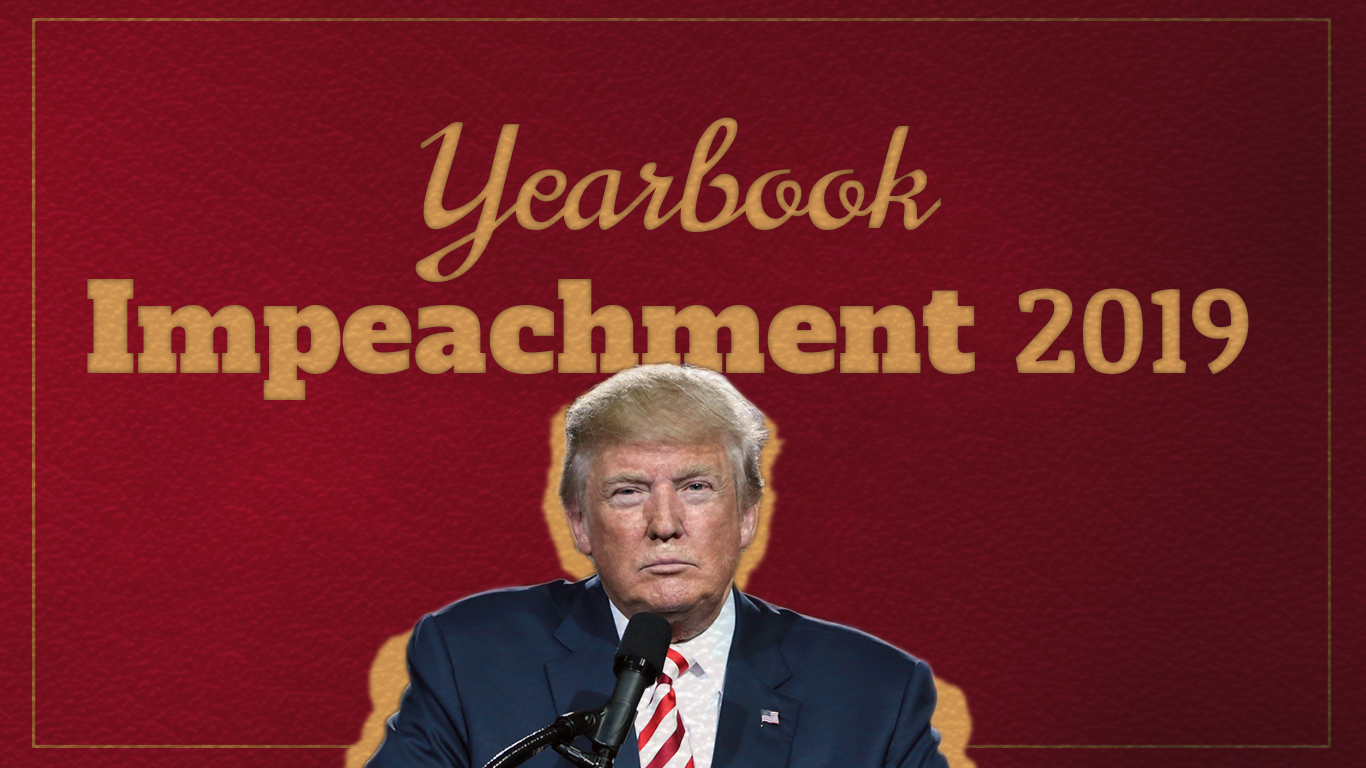 Mirror mirror on the wall, who is Volodymyr Zelensky and why should I know him? Unless you have been living under a rock for the last month, you know we are now entering the fourth impeachment inquiry ever into a sitting United States president. Richard Nixon had Watergate, Bill Clinton had Monica Lewinsky and Donald Trump has a scandal involving a Ukrainian President. Wait, what?

1. Founding Fathers of America: ‘The President shall be removed from Office on impeachment for high Crimes and Misdemeanors’

First things first: the law. In 1788 the Founding Fathers of America, a bunch of men, signed the United States Constitution. The constitution is the most important law in which is written how the different governments should operate and what basic rights citizens have.

Article two describes the duties and qualities of the president and the vice president. What you have been waiting for is section 4: ‘The President, Vice President and all civil Officers of the United States, shall be removed from Office on Impeachment for, and Conviction of Treason, Bribery, or other high Crimes and Misdemeanors.’

What those high crimes and misdemeanors are, is up to the House of Representatives and the Senate. First, there is a vote to start an investigation. The house then investigates the allegedly committed high crimes. With a simple majority the House then votes to move the impeachment forward to the Senate and lastly the 52 Senators vote to remove the President from office. In the Senate a two-thirds supermajority is needed. Only with Trump’s impeachment the Democrats started an investigation without voting on it first.

2. Donald Trump: ‘This is the single greatest scam in American politics’

Just a few days prior, Trump withheld $400 million in military aid to Ukraine. Last Friday, October 4, three committees of congress made texts public that confirm the US government was deeply involved in getting Ukraine to investigate Joe Biden and his son. The texts between three important US diplomats revealed that Zelensky could only visit the White House if he did what Trump asked. Quid pro quo: one thing for another.

The president called the investigation a witch-hunt and denied freezing the aid to Ukraine. The White House released transcripts of the call, even though they were only based on recollections of people involved. The transcripts confirm the two presidents talked about Joe Biden and that Trump asked Zelensky that ‘whatever [he] could do (ed. to investigate) would be great.’

3. Joe and Hunter Biden: ‘Trump is the definition of corruption’

Hunter Biden finds himself at the center of the phone call. The younger of Joe Biden’s sons joined the board of Burisma in 2014, a Ukrainian gas company. Viktor Shokin, a Ukrainian top prosecutor, investigated Burisma but was then fired while Joe Biden was Vice President.

According to a New York Times article from 2016, the United States and other Western nations had been pushing Ukraine to fire the prosecutor for turning a blind eye to corruption in the country.

4. Secret C.I.A. whistleblower: ‘The president is using the powers of his office to solicit interference from a foreign country’ 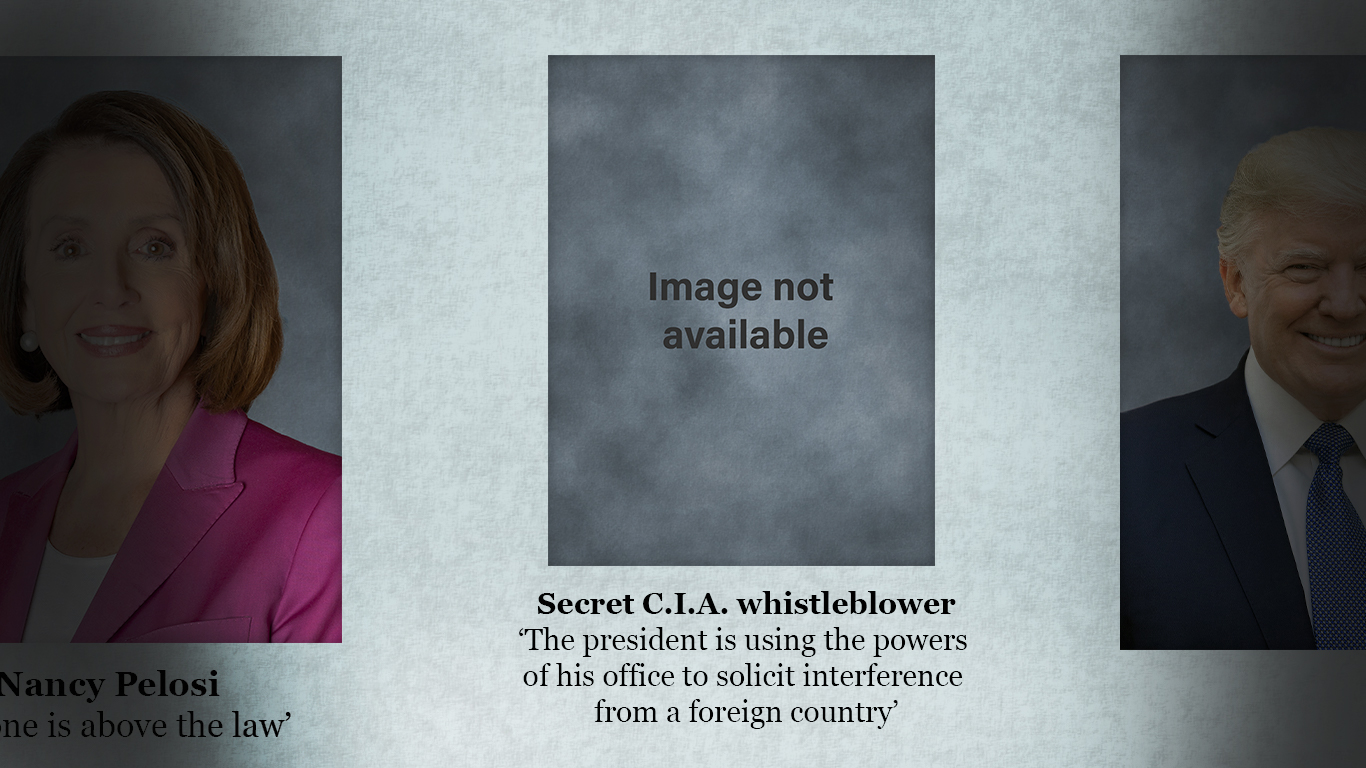 All of this was revealed after a whistleblower complaint leaked to the Washington Post. The unknown whistleblower found the phone call to be troubling. They wrote to a Senate committee on August 12 to inform them about the troubling call and about the attempts of the White House to keep the call secret. The complaint states that President Trump used ‘the power of his office to solicit interference from a foreign country in the US 2020 election.’

The whistleblower has still managed to keep their identity secret. In their letter to the Senate they said they did not work at the White House but know people who do. Later it was reported that they had worked at the White House at one point.

Sunday, October 6, New York Times reported that a second person — much closer to the event — is tempting to come forward and reveal more information on Trump’s dealings with Ukraine. The second complaint would add credibility to the first whistleblower complaint, putting the Trump administration in an even more difficult position.

Pelosi is a democrat, speaker of the House of Representatives and critic of Trump. On September 24, she announced the opening of the impeachment investigation. She called what was said during the phone call a serious violation of the constitution.

‘The White House should be warned that continued efforts to hide the truth of the president’s abuse of power from the American people will be regarded as further evidence of obstruction,’ Speaker of the House Pelosi said in a statement.