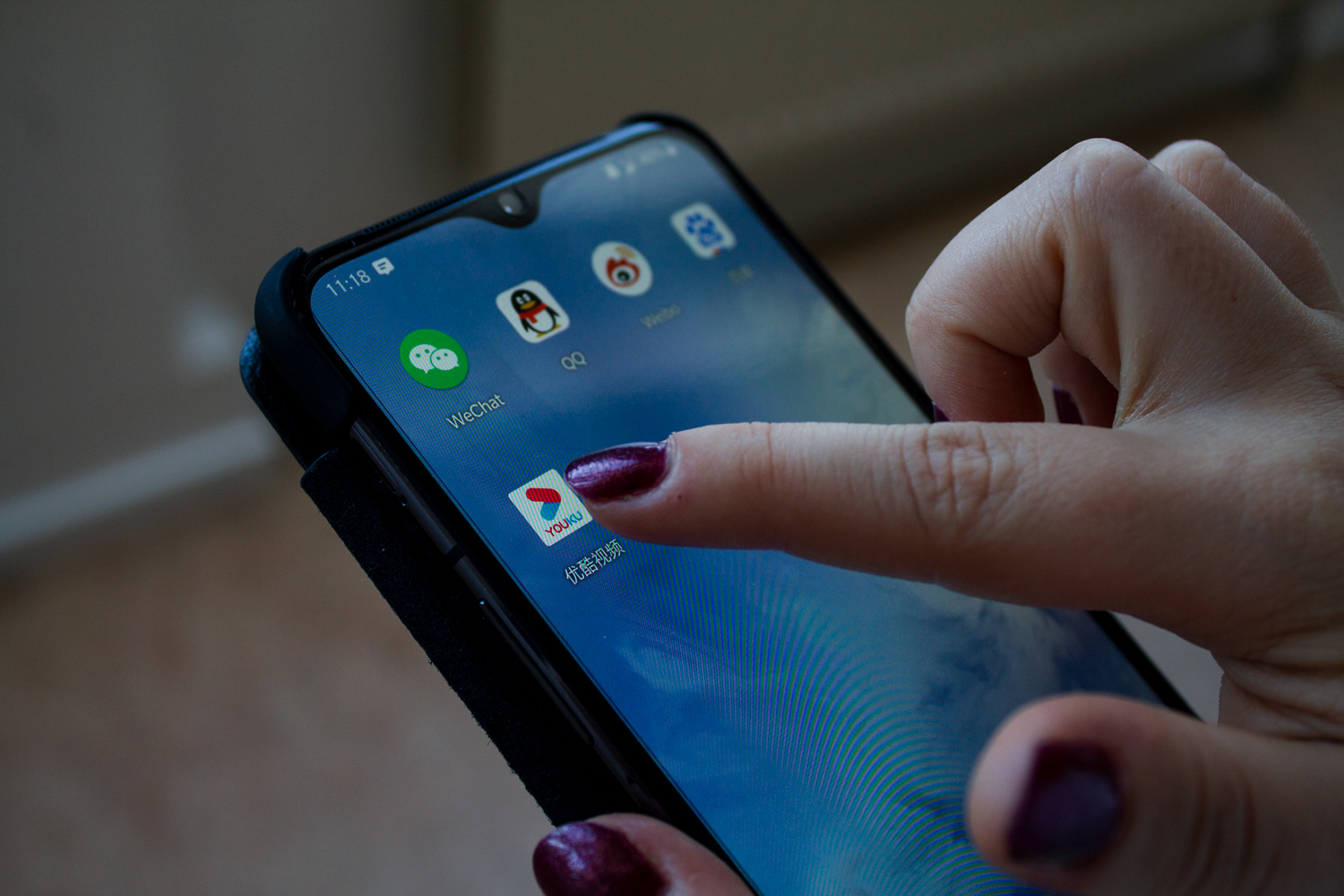 For China, the internet is more of an intranet. It’s almost completely cut off from the western world by what we call ‘The Great Firewall’, a complex system of filters and blockages. A firewall limits or controls access between computer networks. As you can tell by the name, a firewall acts like a physical wall between your computer and an undesirable activity on the internet. The Chinese authorities block website content and monitor internet usage of its citizens, making it hard to discuss certain topics or speak your mind.

A lot of western apps have been banned in China by this firewall. That means there is no Facebook, no Twitter, no Google. Instead, they have been replaced by Chinese apps. These apps are all monitored by the government. The Firewall allows the government to regulate and censor the internet.

Big ball of diversity
Sinologist Jade Van Overmeir tells us more about the reason behind the internet censorship in China: ‘China is gigantic. Because it’s so big, it also has a lot of diversity, in terms of geography but also in terms of culture. There are lots of different traditions and dialects. You could say China is a big ball of diversity. The thing is, China is afraid of chaos. All the diversity raises the difficult question: “How do we make sure that our realm is still structured and that we have everything under control?” Diversity brings chaos, and all they want is order. So in one way, the censorship exists because of the idea that order has to be kept. China has to have everything under control.’

‘Every possible jammer is a problem,’ Van Overmeir continues, ‘If Western social media bring chaos, and so become a jammer, China wants to block it out. China doesn’t want the Western world to get involved or criticise things that are happening in China.’

‘Another reason is that they like to do their own thing,’ Van Overmeir explains, ‘They’re not scared of social media, they just want to control it. Take Google for example. China didn’t have any issues with Google until the government wanted permission to access all the user data.  Google said no, and China threw them out. They made their own Google, called Baidu. All these Chinese companies give the Chinese authorities permission to their user files. That way, China can monitor what is being said online and censor certain topics.’

Winnie The Pooh
But what does this censorship do with the Chinese culture? Van Overmeir tells us more: ‘The censorship basically means that there is no freedom of speech. There are certain topics Chinese citizens can’t talk about. You can’t criticise politicians, talk about the Communist Party or the authorities in a bad way. But the interesting thing is: Chinese people always find a way to go around it, which creates a new kind of culture. They’re innovative and creative and try to find a way to express their thoughts.’

A meme that compared the current president of China Xi Jinping with Winnie The Pooh started back in 2013.  Lots of citizens thought Jinping and Winnie shared similarities and used the name Winnie The Pooh to light-heartedly mock their president on the internet. The meme started when Jinping visited the United States, and an image of Jinping and Barack Obama walking together spurred comparisons of Winnie, Jinping, walking with Tigger, Obama.

TIL Winnie-the-pooh is an anti-regime symbol in China. Given recent donations, I’ll leave this here. from pics

Many memes were made, but censors began erasing the pictures of Winnie that mocked Jinping, and eventually banned Winnie The Pooh.

PewDiePie
Famous YouTuber PewDiePie has been banned in China as well. In a recent video, he spoke out about the Hong Kong protests. In the video, he also compared Xi Jinping with Winnie The Pooh. The video was a meme review, this means that he was looking at memes about Hong Kong and the president and sharing his thoughts about it. He did apologise to his Chinese fans: ‘I’m sorry if you’re in China and try to watch my video’s. That kind of sucks.’

Provoke rebellious behaviour
Censorship doesn’t only happen online, but also in movies. ‘Every country has their own offer of movies. There are some movies on Belgian Netflix that you can’t watch on German Netflix. But China does censor some parts of movies. Take the movie Skyfall for example. There’s this scene in which Bond kills a guard in Shanghai. In this scene, prostitution in Macau is mentioned. According to China, that mention could cause harm on a political and moral level.’

Banning movies or tv-shows also happens. Remember the Winnie The Pooh memes? Because of the memes, the new movie Christopher Robin has been banned from releasing in China. Another reason for the films rejection might be that China only allows 34 foreign films to be released in cinemas each year.

Living in a bubble
‘There are lots of Chinese people that just don’t talk about these banned topics, be it because they don’t want to get in trouble or because they don’t know anything about it with the little information they get. Some of them live in a bubble where they don’t know anything about the bad things that happen because of the little information. For example, you can’t find anything about the Tiananmen Square protests that happened in 1989. When you look it up on Baidu, the Chinese Google, you can only find pictures of the pretty square. China tries to keep order by creating obliviousness. There are others who try their best to discuss it as discreetly as possible.’

Want to know which apps you can use in China? Make sure to check in next week at 21bis.be