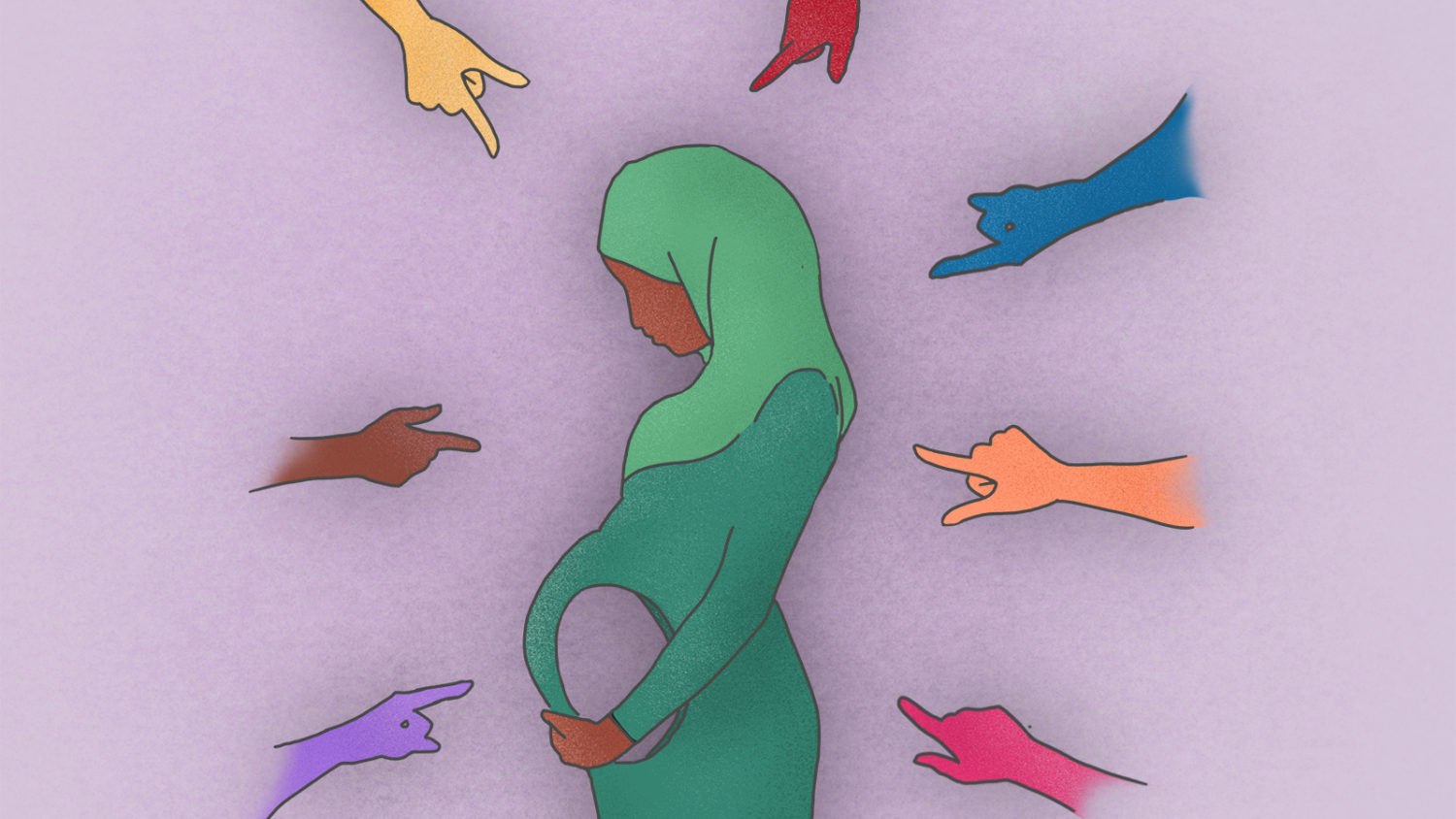 Civil rights activists were outraged by the arrest in September of Moroccan journalist Hajar Raissouni. She was accused of having a late-term abortion in the Muslim-majority country. Earlier in September, hundreds of people protested in the capital Rabat against the trial.

On September 23, around 7.000 citizens of Morocco signed a declaration against the Moroccan laws that forbid premarital sex and abortion. Abortion is the ending of pregnancy and removing the embryo or fetus before it can survive outside of the mother’s womb. Medication and surgery are the most used techniques to end pregnancies when it’s legal.

The first line of the Moroccan manifesto states: ‘We are violating unfair and obsolete laws.’ Activists could be jailed by admitting to have had an abortion or sex outside of marriage. And by speaking up, they support the 28-year-old journalist Hajar Raissouni, who was accused of breaking both laws and was sentenced to imprisonment for one year.

Permission needed
Morocco is a monarchy with a constitution and an elected parliament. Fatma Arikoglu  is a staff member equality at ella vzw, a Belgian based foundation that works to provide knowledge and information around the societal position of women and girls of color. Fatma: ‘In Moroccan law, we see great inequality regarding female rights.’

‘Sometimes women can’t claim certain rights unless they get permission from men,’ says Fatma. And that’s the case for abortion in Morocco: it is only allowed when the mother’s health is at risk and her husband agrees to the procedure. That law is in contrast with the international law by the United Nations, which states that women should be free to make their own sexual and reproductive decisions. Abortion is not unified in one law for every country, each country has their own abortion laws and cultural or religious views on it.

Although abortion is a punishable offense in Morocco, rarely any women are convicted of having an abortion. Official numbers state that last year 73 people were arrested. But pro-choice campaigners claim that around 800 abortions are conducted in Morocco.

Islamic standpoint
‘There are a lot of different views on abortion within Islam, but the dominant idea is that abortion must be allowed when the woman’s or the baby’s health is in danger,’ shares Fatma. The Qu’ran, Muslims’ holy book, doesn’t address abortion directly and most Muslims believe they should read the Qu’ran and use their own intelligence and reasoning to find the right solution for modern issues.

However, the Qu’ran describes the development of people. Pregnancy is seen in four different stages: from sperm to blood clot, to embryo to a human being with a soul. It is generally believed that the soul comes into the body after four months from conception. After that point, abortion is mostly viewed as unacceptable, with a few exceptions, such as the health of the mother.

According to the laws of the United Nations, abortions should should never an incriminated. However,  termination of a pregnancy after three months may be regulated in the health system.

Fatma considers abortion to be a female right and strongly believes that you can be a Muslim and a feminist. ‘I know a lot of Muslims who are openly feminist. Their feminism goes hand in hand with their Islamic belief that everyone should be equal and free and that there shouldn’t be violence. We live in polarising times, where Muslims are often seen as incompatible with freedom, equality, and democracy.’

But do Muslim women even want the right to abortion? Fatma believes that strongly religious women and those who don’t have access to medical ethics, will probably believe that abortion is murder and that it is against Islamic knowledge. ‘But we in our foundation meet a lot of Muslim women who tell us that they’ve had an abortion. They couldn’t manage a fifth child, they felt too old or they didn’t plan it.’ And so again the answer depends on who you ask.

Unsafe abortion worldwide
According to the World Health Organization (WHO) approximately 56 million abortions occur worldwide each year, with about 25 million conducted unsafely. In those cases, women opt for plants or herbs toxic to the fetus or cause physical damage to the womb with for example a cloth hanger or a knitting needle. Harming the body in that way often results in various complications or death.

‘Increased efforts are needed, especially in developing regions, to ensure access to contraception and safe abortion,’ Dr. Bela Ganatra, a scientist in the WHO Department of Reproductive Health and Research said in 2017. ‘In countries where abortion is completely banned or permitted only to save the woman’s life or preserve her physical health, only one in four abortions were safe. Restricting access to abortions does not reduce the number of abortions,’ WHO wrote in the same news release.

Convicted journalist
Hajar Raissouni and her fiance were arrested on the 31st of August. Raissouni claims she was there to have a blood clot removed. After being forced to a gynecological examination, police claimed Raissouni had an abortion. Police arrested the couple and the doctor accused of performing the procedure along with two other staff members of the clinic.

At the end of September, the journalist was sentenced to a year in prison for the alleged abortion and premarital sex. In most North African and Middle Eastern countries abortion is prohibited by default with a few exceptions. Her fiance was also sentenced to one year in prison and the doctor involved was given two years.

However, this Thursday the Moroccan King Mohammed VI pardoned the journalist. They called the act one of compassion. He was concerned about the future of the couple who wanted to start a family, despite breaking religious and legal laws. In a statement sent from prison, Raissouni says she believes she was targeted for her work as a journalist.