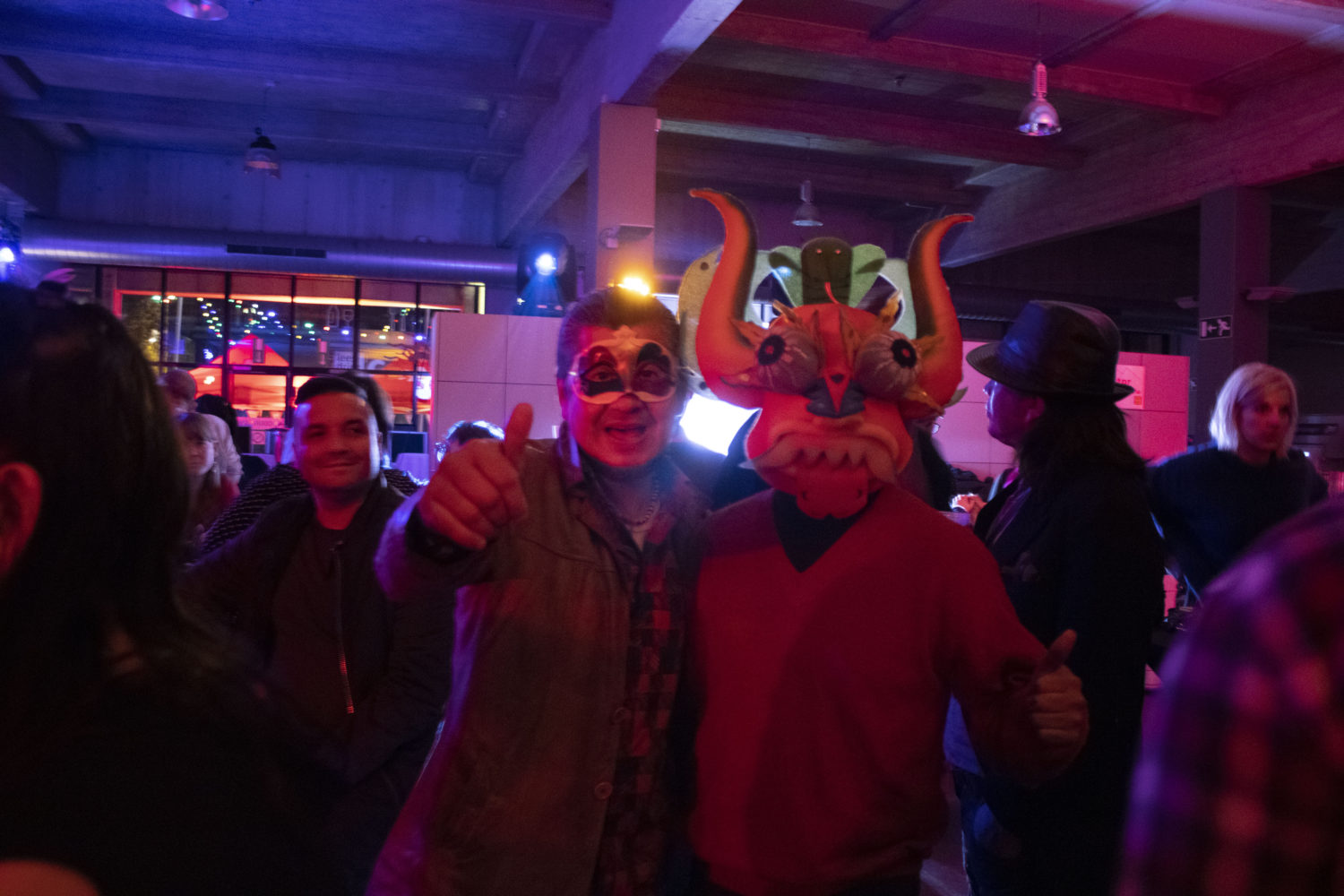 At the transition from October to November, Mexicans celebrate Día de los Muertos (Day of the Dead), a holiday born out of Aztec tradition that is gaining in popularity around the world. In Antwerp the local library Permeke organized its own rendition of the festival for the second time.

Día de los Muertos is a Mexican holiday that is celebrated from October 31th to November 2th. In 2008 it was placed on the UNESCO list of cultural heritage. It takes its roots from pre-Columbian America where the festival of the Dead was a very much celebrated occasion.

“It is a tribute to the people that have already died and a reminder to us that we should never forget our dead.” Tells Patricia Lopez, one of the organizers in Antwerp, who keeps the festival close to her hearth as part of her Mexican heritage. “Each culture honors its dead in its own way, but the Mexican way is very colorful and with a very positive look to death. In other cultures death is sort of taboo, dark and sad. And that is something the European culture and Catholicism didn’t manage to change. That’s not to say we aren’t sad when our loved ones die, but it is only when you forget about someone that they truly die.”

The rise in popularity of the festival trough out the world does bring up some concerns about commercialization in the Mexican community. Patricia shared those concerns, but is hopeful about the future. “I always express clearly that Día de los Muertos is not like Halloween. And I do hope that Mexicans will encourage people across the world to look at the festival as a cultural tradition and normal way to honor the dead.“

One of the most iconic elements of Día de los Muertos is the altar that is build to remember deceased family, friends and pets. The altar traditionally holds flowers to welcome the dead, food that the deceased loved to eat, water and photographs.

Cuauhtémoc Garmendia, press photographer, was invited to work on the public altar in Permeke. As his contribution to the altar of this year Cuauhtémoc added the picture of Xavier, the man who accompanied him during his time in Colombia while working on an article about the refugees and violence in the region, encountering the guerrillas, cartels and paramilitaries.

“At a certain point when travelling I saw a Spanish text graffiti saying  ’Because we love life, we will fight until death to protect it.’ in the background. I saw that text, looked at the man and I told him: That is your life. Please let me make a picture of you here. When I was back in Belgium two days later, as we were working on the report selecting photos and so on, we got a phone call from Colombia informing us that he was murdered.”

Another icon of the festival are sculptures of skeletons called Calavera Catrinas, meaning elegant skull. The production of these sculptures has become its own craft in Mexico with materials ranging from clay, papier-mâché and wood.

During the time of the Aztec empire these skeletons represented Mictecacihuatl, the Aztec queen of the underworld, who would guide the dead safely back to the world of the living for one day. By the 19th century a Mexican printmaker called José Guadalupe Posada Aguilar used these skulls in his caricatures as a critique on snobbish Mexican women and elites who would present themselves as higher class trough the clothes they wore and by whitening their face. Trough this etching José wanted to remind people that no matter what class you are or what clothes you wear, when you’re dead, you are just another skull.