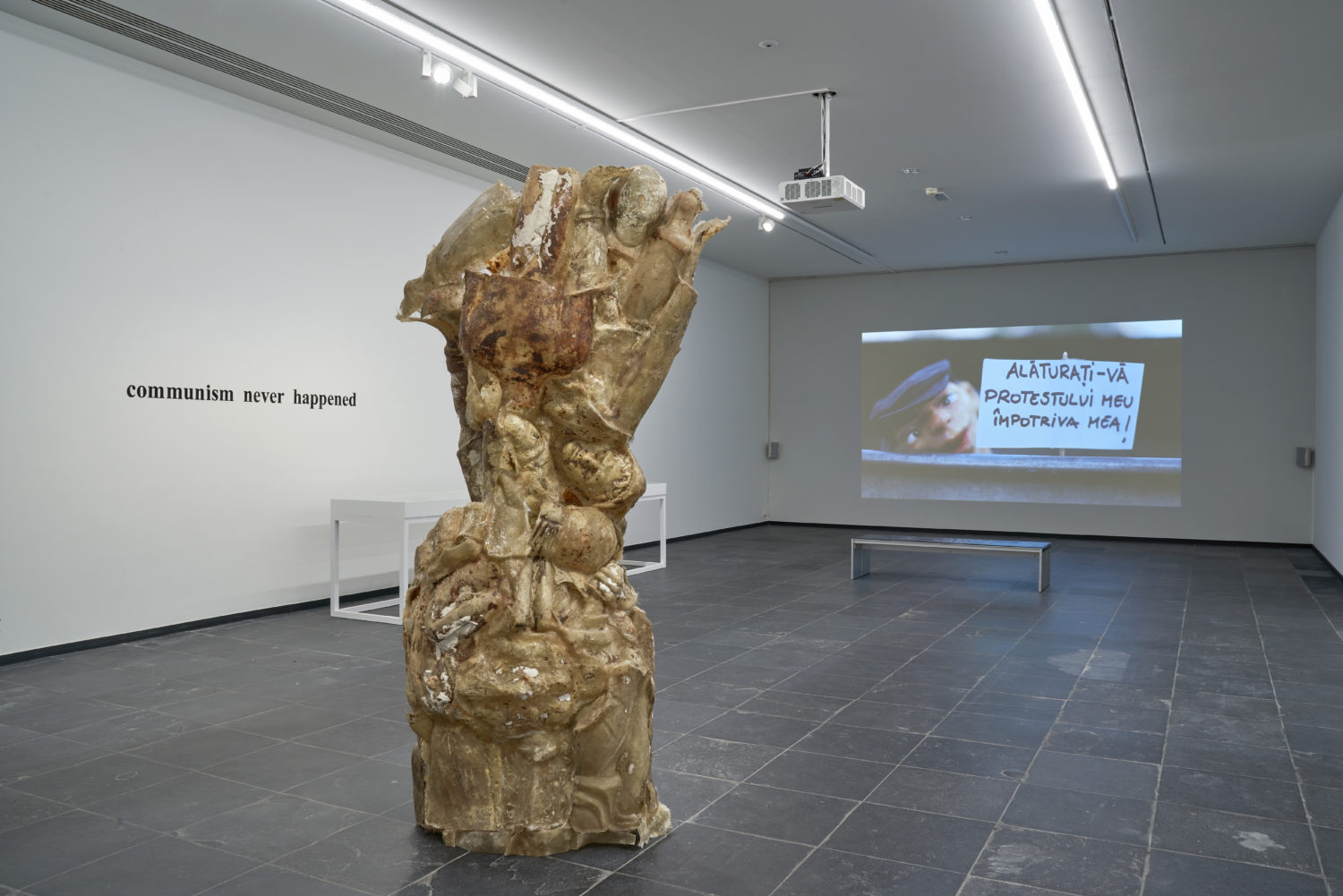 The art museum S.M.A.K in Ghent, presents the artwork of the Romanian artist Ciprian Mureşan as a part of the art biennale Europalia. The exhibition started on 25 October this year and will last until 19 January next year. With his work, Mureşan criticizes politics and society in Romania. ‘Uncertainties, concepts that he tries to disprove and openness characterize his work the most.’

Ciprian Mureşan (42), one of Romania’s most well-known contemporary artists, shows his art in various forms: from drawings, paintings and sculptures to models, photography and video. ‘Uncertainties, meanings that he tries to give a place to and openness characterize his works the most’, says Tanja Boon, curator of Mureşan’s  exhibition.

Mureşan’s work is related to the political history and social situation in Romania. The disappointment that prevailed during the post-communist era shows the artist in his works. ‘In Romania Communism was anchored in every aspect of the daily life. After the fall of communism, values, norms and ideologies that existed at the time had to disappear and make a way for Western ideas. Every aspect of society had to change and this was accompanied by many uncertainties. There was also a lot of uncertainty during Mureşan’s art education, which is reflected in his work.’

‘Mureşan came to the conclusion that nothing is absolute and everything can change, as you clearly can see in his practice’

After the fall of communism, Romania wanted to modernize and tried to make a transition to capitalism, but that did not go smoothly. ‘These alternatives to communism did not meet the expectations of the Romanian people and caused much disappointment. Mureşan came to the conclusion that nothing is absolute and everything can change, as you clearly can see in his practice’, tells Boon.

I’m protesting against myself is an artwork in the exhibition that questions the whole democratic system. The work shows how the people blame the faults of the regime on themselves. As Boon describes: ‘The artwork is a video of a doll in a container in the outskirts of town. The viewer hears a monologue where someone is protesting against himself. There is no one who listens to his protest, there is no one to protest against. This is one of the moments in the exhibition where you can see the psychological impact of the political oppression in Romania that still persists today.’

‘One of his frequently used strategies is to copy various drawings and paintings in order to place them on top of each other. It’s a way to see what the underlying mechanisms are that give meaning to a particular object or historical story’, explains Boon.

Freedom, stratification, depth, form and structure are important aspects in Mureşan’s art. With a thorough analysis the artist exposes the links between the history and the current situation in Romania. ‘Mureşan starts from the Romanian context but actually makes a reflection of what power is in our world. What he does with his art only becomes more relevant for society as a whole.’

Black humor and cynicism are also found in his works, in which the artist indirectly exposes certain absurdities and contradictions in Romanian life. ‘The Romanians have a lot of humor. Humor was the only form of resistance against the Ceaușescu regime because it is something that can be understood in many ways. That’s why you see it regularly in Mureşan’s art.’