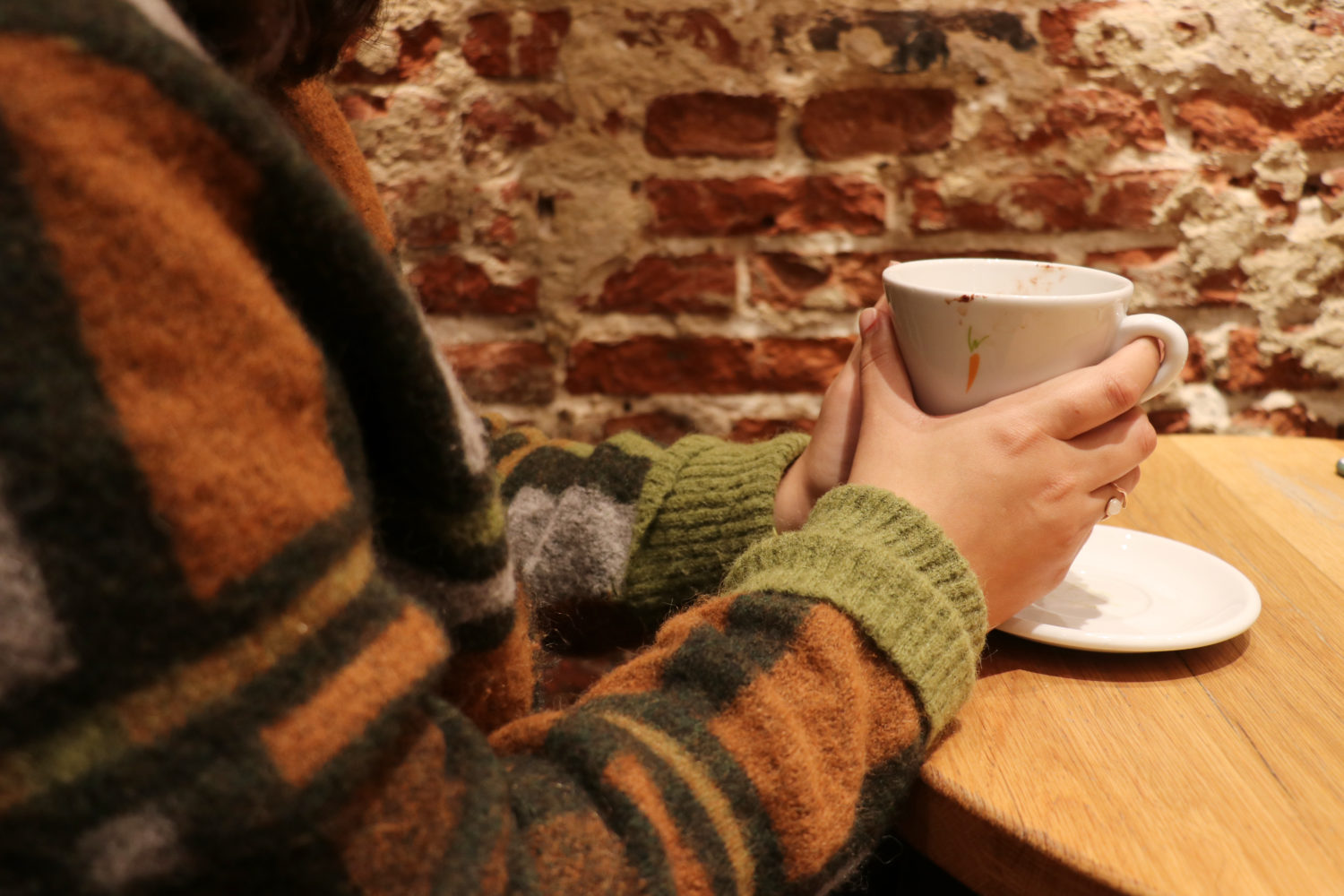 Belgian student Sara* has roots in Kashmir and holds it dear to her heart. But last summer her second home was completely shaken up when the Indian government revoked Kashmir’s autonomy and put the region under lockdown.

Short summary: Kashmir is a disputed Muslim-majority region in the north of the Indian continent, administered by India, China and Pakistan. On August 5, the Indian government under prime minister Modi revoked the special status of Kashmir, which provided the region’s autonomy.  And the government’s solution to prevent chaos and protests? Shutting Kashmir down the evening before by cutting off the internet and mobile services, arresting politicians and sending thousands of military troops.

‘My father is from Kashmir, my mother from Belgium. Every year, my father stays for three months in Kashmir because he runs a hotel there and I visit his family. I always look forward to the reunion because we’re such a close-knit family; no words can describe our bond. People in Kashmir live together and share everything. It is my home, just like Belgium is.’

‘But ever since the Hindu nationalist Modi got reelected in May as prime minister, we feared something bad was about to happen. Then this summer, we heard that all tourists were sent out of Kashmir because a terrorist was arrested with bombs. I immediately started panicking, thinking about our hotel running empty during the tourist’s peak season. We’ve never experienced that before.’

‘Suddenly my Kashmiri nephew called to warn us that telephones would be cut off. He said that everyone was preparing for the worst: doing grocery shopping and stocking up on fuels. I can’t describe the panic I felt right then. Luckily my father stayed calm and reassured me that everything would be all right.’

‘The day after, on August 5, we heard that article 370 and article 35A of the constitution were revoked, which make Kashmir autonomous. In shock, we realized that that decision wouldn’t go down well in Kashmir. But we couldn’t reach our family that day, nor the next day. After three days of not being able to contact them, we were desperate to know what was going on. But no one really knew.’

Kashmir is without markets, School, Colleges and universities. NO mobile phone or internet connection since 5th August, and hundreds of people held in jail. #WakeUpForKashmir pic.twitter.com/8y2za3cEDu

‘Of course, we had Indian news updates, but India broadcasted a lot of fake news and repeatedly reported that everything was completely normal in Kashmir. BBC and Al Jazeera reported more accurately, but in hindsight, only showed the extreme situations. Not everywhere in Kashmir were violent protests, yet they only reported on the worse regions. We heard so much contradicting news, I just didn’t know what was really happening and what not; it was a complete mind-fuck.’

‘During all of this, I had to study for the three exams I was retaking this summer. It was disastrous. I had to promise my parents to stop checking my computer 24 hours a day and focus on school. But it was so rough, especially since I had been looking forward to September the entire year to visit my family again, but suddenly I wasn’t even sure if I could go. There were no certainties left and I really lost it for a moment.’

‘After seven days, a friend of the family reached out to us. This woman was in Kashmir when they revoked the special status but later traveled to the South of India. There she was able to let us know that everything was okay.’

‘But only after ten days of radio silence from my family, my nephew managed to contact us on August 15. Just one or two telephones from the government were working in Kashmir, so people from all over the region went there. For the past ten days, my nephew had gone out and stood in line, hoping to get on the phone. He told me that more than 400 people were waiting every morning and some even passed out because there was no food. He described it as hell. But after all the waiting, my nephew was able to call us for exactly one minute and tell us that everything was fine. Nothing more, because the telephone was put on speaker and guarded by heavily armed military men who listened in.’

‘After hearing my nephew, I felt this need to inform as many people as I could about Kashmir’s situation. It was like I had to contact journalists and explain the problem to everyone I met. So I sat down with for example Amnesty International, thinking about organizing a protest march for Kashmir.’

‘However, if we hold a protest in Belgium, I wouldn’t be able to go. I always have to stay anonymous as I wouldn’t risk my family’s safety or mine. And it’s so frustrating to not being able to use your voice in 2019.’

‘While telling Belgians about the problem, I felt so alone because no one seemed to understand me. I kept thinking: “The people from Kashmir are completely stuck, some are dying and you do nothing.” In Belgium I often heard things among the lines of: “Okay you have family there, but are you even close to them?” and then I had to explain how a family is completely different in Kashmir and how incredibly important they are to me.’

‘Eventually, the landlines were reinstalled, but nowadays almost no one in Kashmir has a landline anymore as everyone uses a mobile phone. So you could call people from abroad, but reaching people within Kashmir was terribly hard. Luckily, my nephew was able to go to a telephone booth and reassure us that it was safe for me and my boyfriend to travel to Kashmir at the beginning of September.’

‘So on September 7, we took off and the passport control went surprisingly well without any problems. The next day we landed in the airport of Kashmir and everything seemed normal and calm.’

‘Yet once outside, things were completely different. That day was a holiday of Shia Muslims, and the restrictions in Kashmir were severe. My nephew waited to pick us up at the airport, although no one was allowed to leave the house. Everywhere I looked, I saw heavily armed military and blocked roads by armored cars and barbered wire. We had to park our car elsewhere and walk 20 minutes with our suitcases under the burning sun; it was awful. We had to cross a bridge, but it was completely blocked by wire and eventually military allowed us to pass one by one, crawling underneath the barbed wire, which was so fearful.’

‘My nephew told us that the first two weeks of the lock-down, life in Kashmir was exactly like that. But on the second day of our trip, everything was a lot more normal. We could still see the barbed wire on the streets, but we could go out. In the mornings, one-third of the shops were open from eight to nine and in the evening from seven until eight. Children didn’t go to school because if something happened, there would be no way to reach out.’

India restored cell phone service to India-administered Kashmir after 72 days of lockdown. But only for calls or texts, and not for about 2 million people using pre-paid lines.

The internet is still blocked. pic.twitter.com/sCTuBrPAX0

‘Only now I realize how much we need the internet and our phones. Not being connected is horrible. Suddenly, you have to travel for two hours, just to check up on someone. I never realized what a luxury it is to pull up your phone and send a text, call someone or quickly use your mobile data. On October 14, prepaid cellphone connections were reinstalled, but still not all mobile phones are connected today, which makes life and especially business hard in Kashmir.’

‘Kashmiris want to get their lives back on track and start working again, but at the same time, there is this need to come up for themselves and defend their autonomy. Yet everyone is scared to speak up, I can see that in my family as well. They rather not talk about the problems, because they don’t want to risk going to prison.’

In occupied Kashmir, the situation continues to remain far from normal in the Kashmir Valley as well as Muslim majority areas of Jammu and Ladakh regions on the 96th-day today.#ARYNewshttps://t.co/dEz2D6EqfH pic.twitter.com/CGPB8Sw4II

‘And so everyone in Kashmir lost their voice. Everyone talks for them, but they can’t do it themselves. The fact that Kashmir lost its autonomy is a political issue. But what India is doing to people and their rights is a universal issue.

Even though Kashmir’s situation is still not good today and I still want people to take action, I feel much calmer within myself because I know now that my family truly is okay.’