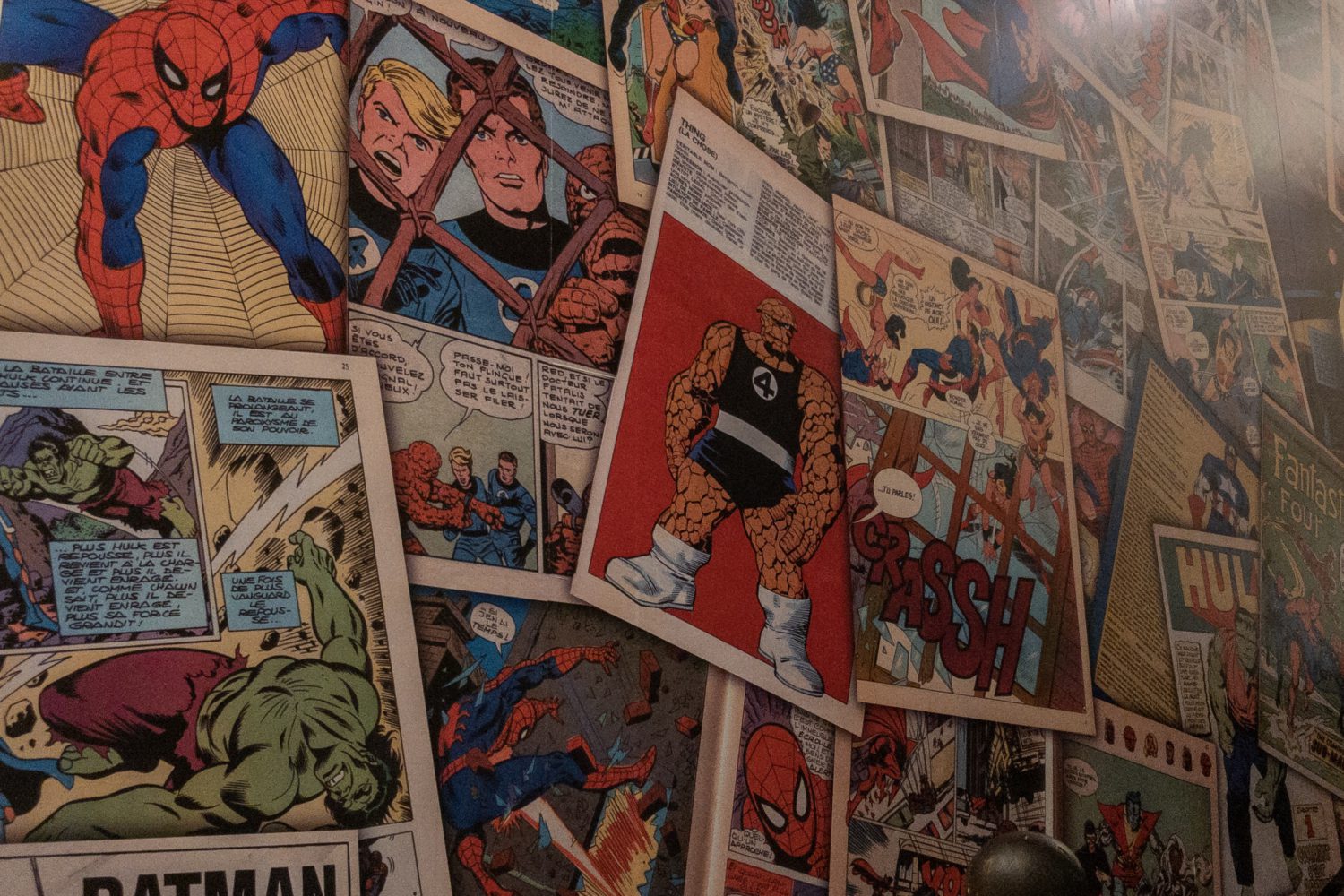 Stories have the power to get through to people’s hearts. That’s why comic books have always said more than what was written in the bubbles and helped to shape culture. That is one of the messages of the exhibition Superheroes never die in the Jewish Museum in Brussels. Nearly all the famous comic book heroes such as Superman, Batman or Spider-man were created by Jews. The exhibition briefly introduces the work of the most prominent among the fathers of American comic books.

Did you know it was Nazis who pointed to Superman’s Jewish origin? They criticised his creators Jerry Siegel and Joe Shuster, both Jews calling them ‘Inventive Israelis’ but ‘intellectually circumcised’, states the text in the Jewish Museum of Belgium.

‘From today’s perspective, it seems obvious that Germans were the bad guys, but it was not that obvious at the time. There was a lot of antisemitism in the US. There was definitely a huge portion of people who supported the Nazis. So their [Siegel’s and Shuster’s] Jewish identity was something they did not want to denounce,’ says Martin Holub, a passionate collector of comic books. He is currently expanding his master’s thesis on Postmodernism in British and American comics at Charles University in Prague as a PhD student.

Though created by Jews, superheroes in early mainstream stories lacked any ethnic background. They were simply white. Holub believes that it was a conscious decision because society was not ready. As seen in the Brussels museum, that changed in the ‘60s with African superhero Black Panther who broke a lot of perceived stereotypes about black people.

Stan Lee wrote the story, and Jack Kirby brought life to the character through his drawing. Interestingly they both changed their Jewish names from Stanley Martin Lieber and Jacob Kurtzberg. However, both refused to say it was because they were ashamed of their origin.

Excellent in bringing up the question of discrimination are X-Men by Lee and Kirby. On one side of the barricade, there is Magneto that wants to fight humanity because people hate mutants. In opposition to him, there is Professor X and his team, who believe in integration, even though society hates mutants.

‘It not only made them different, but it was a good metaphor for what was happening with the Civil Rights Movement in the country at that time,’ confirmed Lee in the Guardian article in 2000.

Holub explains that two of the main characters were inspired by Martin Luther King Jr. and Malcolm X. Stories of X-men later became a metaphor for more marginalised groups. ‘It was about black people, even though it applies to any other group. There was a time in the ‘90s where it was thought to represent the gay people,’ states Holub.

Mainstream comic books today follow the path that was paved by Lee and Kirby and the characters are getting more and more diverse. Black people are commonly represented in graphic novels, there is a Muslim teenager Ms Marvel, and gay characters are not unusual anymore.

‘People don’t realise that art not only represents reality but shapes how it is perceived,’ says Holub to those who would criticise the diversity in comic books as forced. ‘When they are thinking: ‘Oh this is a Muslim character, woman or gay’ and they feel like this is jarring, they don’t realise there are people who will grow up, and in ten years they are going to think that this is normal,’ explains Holub. ‘That is how representation starts.’

He believes that graphic novels have great potential to affect, especially young readers. The power of comic book characters will grow even more according to Holub, mainly because of the popularity of the Marvel cinematic universe.

If you are interested in the exhibition ‘Superheroes never die’, it will be displayed until April 24th at the Jewish Museum of Belgium in Brussels.