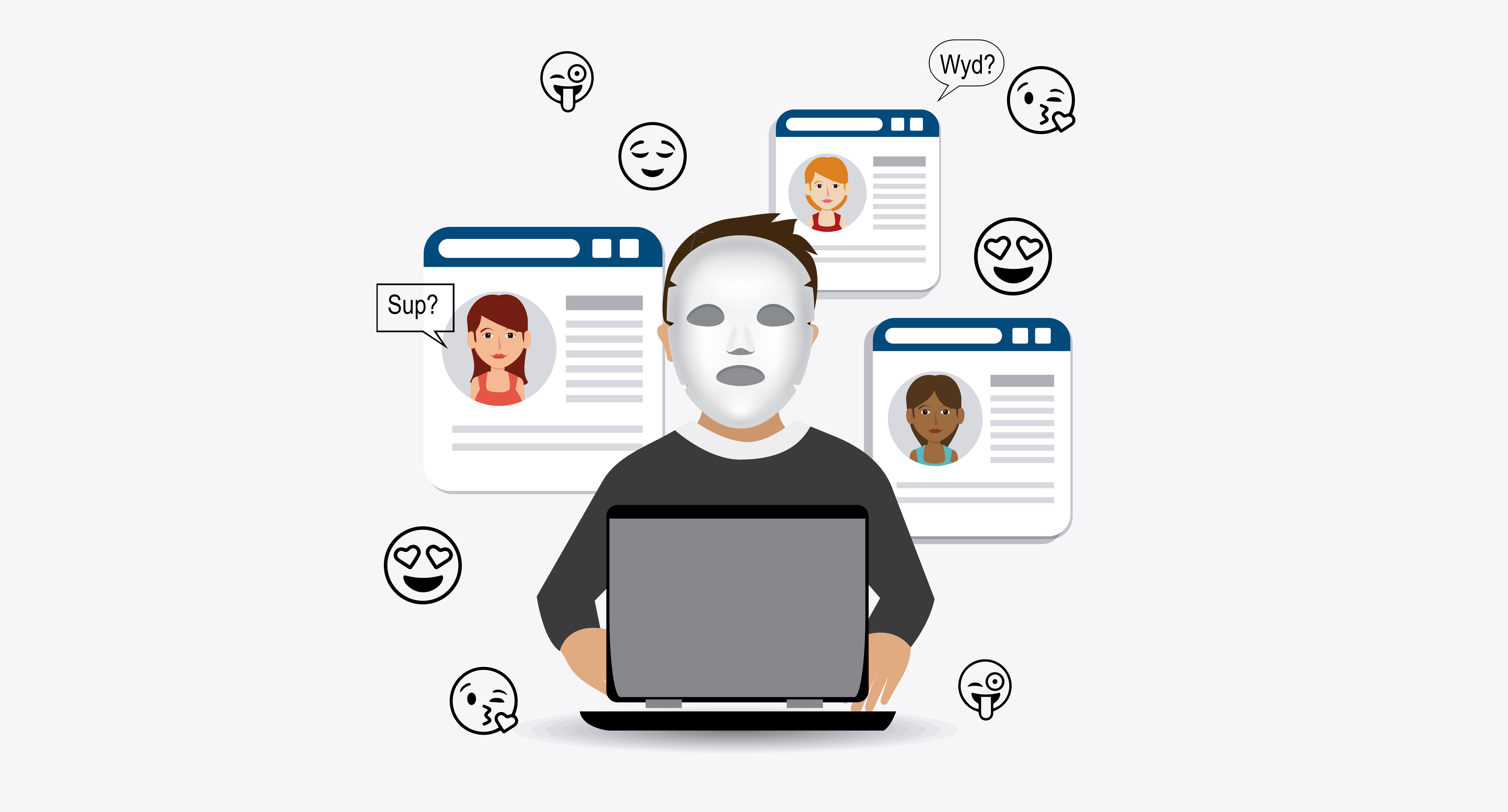 The second season of the ‘stalker show’ You has just hit Netflix, which means there’s a new wave of people wanting to protect themselves from potential online danger. Although the problem is often forgotten, one of these dangers may be getting catfished.

The word catfish means pretending to be somebody else online by creating fake social media profiles. The person can use fake pictures and information to potentially spark romantic relationships with the people they are deceiving. We’re so used to talking to everybody online via Twitter or Instagram, we may be forgetting that some people aren’t who they say they are.

The word gained popularity from the documentary Catfish which was released in 2010. The film showed American TV-personality Nev Schulman, who now presents his own show about catfishing on MTV, discovering his young online love interest was actually a bored housewive.

Amélie (23) was 12 when she catfished an older boy she was interested in via the now disappeared Belgian website, Netlog.

Like Amélie said: ‘As a kid, who’s to blame?’ Although it’s not okay to catfish people whatever their age is, we can explain children’s actions due to lack of knowledge and empathy. Sadly, and maybe a bit more unnerving, most catfishers online are actually males with an average age of 50, as researched by American dating website Dating ‘N More.

Most catfish stories don’t end in cute relationships but can be incredibly dangerous. Are you worried you’re getting catfished? Take a look at this short list on how to protect yourself:

This may feel like your mom telling you not to talk to strangers, but she was probably onto something. If you’re not sure about a person, don’t talk to them.

It’s not weird to meet your significant other online anymore due to dating apps like Tinder and Bumble. But never assume you’re talking with the person you think you’re chatting with as it’s very easy to create a fake profile now. Always ask for proof of who they are by asking for more pictures or to facetime.

Just a quick Google Images search can often already reveal whether somebody is a catfish or not. If their picture is linked to a whole other person, you almost certainly have bait.

If you have doubts about somebody, you’re probably right to have those doubts. Trust your gut.

If you’re not sure somebody is who they say they are, block them and report their profile to prevent them from catfishing other people.