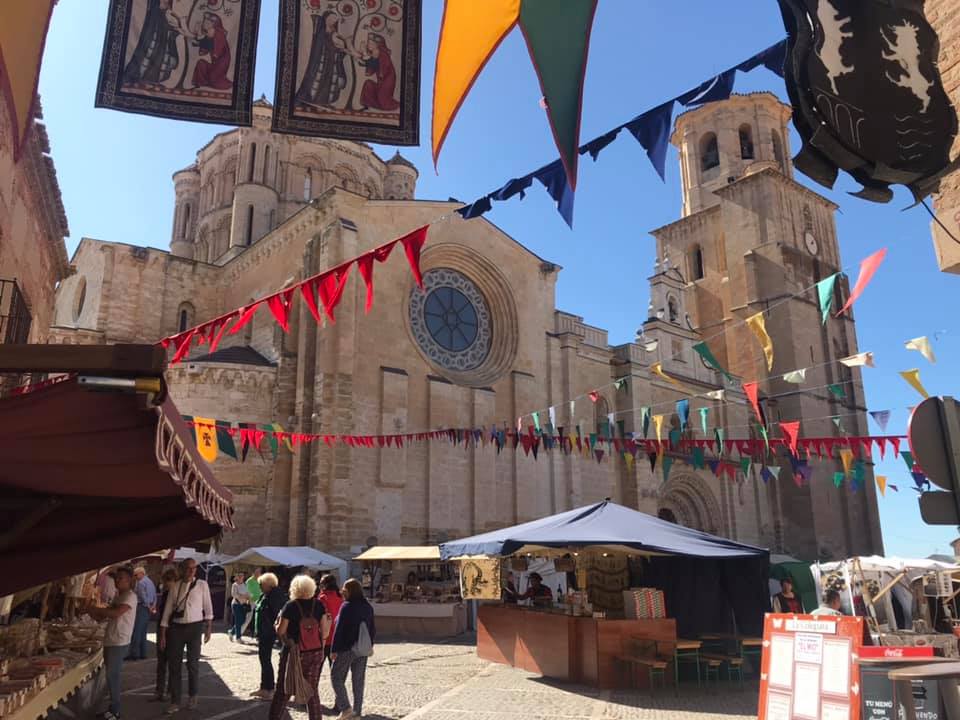 Brexit is slowly approaching its due date, the 31st of January, after yet another delay. This means that the Erasmus+ learning agreement between the United Kingdom and Europe is still very fragile. What will the future bring for students who want to have the Erasmus+ experience?

For Marie Jacobs, an English student majoring in History and Spanish at Cardiff University, this brought a lot of uncertainty in the beginning of her year abroad. She is currently doing a two-part traineeship in Toro, Castile and Leon, Spain, and is probably one of the last students from the United Kingdom to be able to enjoy the Erasmus programme as it stands now.

Cardiff University told Marie that she has nothing to worry about in case of a no-deal Brexit: ‘They told us that if there was a hard Brexit during our year abroad, the University would send us the grant money instead of the Erasmus programme. They guaranteed this which helped to dissipate our worries.’

Marie is on a paid internship and gets an Erasmus grant which helps her get by. If she lost the Erasmus grant it would make her life abroad very complicated. ‘If I wasn’t working, I would be seriously concerned about how I would manage to pay rent without the grant’ she said. ‘I am currently living in a very cheap part of Spain but if I were at university in Madrid/Barcelona this year I would be very worried.’

While some policies have been made the future of the programme, there is still a lot of uncertainty. One thing that we currently know is that the UK will stay in the European Union until the 31st of January 2020.

According to EPOS VZW, the national agency of the Erasmus program in Flanders, it all depends on how the United Kingdom will exit the European Union: ‘In case of an exit with a withdrawal agreement, the UK will remain a programme country of the Erasmus+ initiative until the end of 2020.’

After 2020, the Erasmus agreement will have to be reviewed. As it is very beneficial for both the European Union and the United Kingdom it is very likely that a (new) version of the programme will replace the current one.

The other case is that if Boris Johnson follows through with a no-deal Brexit, all KA1- mobilities (which supports mobility in the education, training and youth sectors) that have already started will be allowed to finish but new ones will not be able to start. This is concerning news for students who want to have the famous Erasmus experience in the United Kingdom or vice versa.

Marie chose the Erasmus programme because it was part of her curriculum but also for the once in a lifetime experience: ‘It’s a wonderful opportunity to live abroad! It was a mandatory part of my degree, as I am studying a language. But, the chance to live in another country really sold it to me.’

When the British Council was contacted for more information the communication manager, Jude Wood, gave the following statement: ‘I’m afraid we can’t really help with this request. As we are a non-governmental organisation, we must abide by the rules of no press engagement during the lead up to the election.’ Going further into what might happen to the programme the Council said: ‘We are unable to speculate as to what may happen to the programme in the future as this is a matter for government.’

What will the future bring for the Erasmus programme? It appears that no one really knows. Organisations that are currently responsible for the mobility between the United Kingdom and the European Union are unaware of what will happen in the future. It is possible we will get a clearer answer after the elections on the 12th of December this year. Otherwise uncertainty will remain until the end of January.