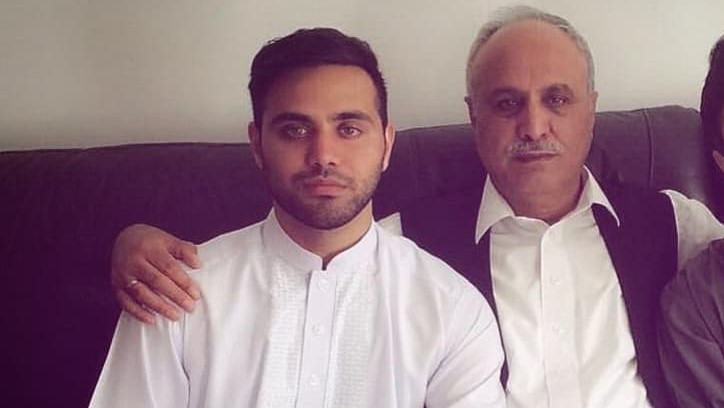 Ulfat Safi, a 22 year old Afghan refugee living in Belgium would love to see peace in the region. He came to Belgium in 2010 after his father started to receive death threats from the Taliban.
Currently Afghanistan is reported to be one of the least safe countries in the world according to the Institute for Economics and Peace’s annual report. In just the first nine months of 2019, the United Nations Assistance Mission in Afghanistan counted more than 8,200 civilian casualties, of which 2,563 were killed.
In the Qatari capital Doha, the United States reopened talks with the jihadist Taliban about reducing violence in Afghanistan. The focus would be on reaching an agreement between the Taliban with the Afghan government and the American troops that support the regime in Kabul.

In 2001 Ulfat Safi and his family already had escaped the war in Afghanistan once. For the next ten years the family lived together as refugees in Pakistan. However, when Afghanistan became more safe because of the intervention of the United states after the attacks on the world trade center on 9/11, Ulfat’s father, Hamidullah Safi returned to Afghanistan to work as a doctor. But in ’08-09’ he began receiving death threats from the local taliban when he started working in a Turkish camp.

In 2008 Turkey had more than 1,700 soldiers in Afghanistan. They build schools, roads and did patrols around the Kabul area. The soldiers play an important symbolic role because they come from a Muslim country. Their participation made it more difficult for the Taliban to portray the foreign soldiers as an occupation force of “unbelievers.”

It was in one of these camps that Ulfats father started to work as a doctor. ‘It was easy for him because he also speaks the Turkish language, but the local Taliban had a problem with this and this is when he started to receive death threats. The extremists don’t like foreign people, it doesn’t matter if they were American, English, French, Turkish, Christian or Muslim, they all were seen as an enemy of the country and of their Islam’, Ulfat says.
In spite of the protection from the Turkish soldiers, Hamidullah wasn’t always safe. He often needed to bring support to small villages around Kabul but had to go there without protection, so he was not safe. When death threats from the local Taliban started to increase in 2010 he illegally made his way to Belgium. After receiving Belgium citizenship the rest of the family was able to come over from Pakistan and got reunited with their father, legally.

Now the family still lives together in Brussels. Hamidullah Safi didn’t become a doctor in Belgium because he would have to do his studies again, he chose not to do so. Instead he became a voluntary translator in Brussel where he helps Afghan youngsters who do not speak the language. Ulfat currently studies International Business at the KU Leuven. And he often visits ‘Welcome in Mechelen’, a non-profit organization that helps refugees in learning the Dutch languages. ‘Me and my father both love to help new refugees from Afghanistan the way we can, we know what it’s like, that’s why its easy for us to help.’

However, Ulfat doesn’t really talk about the current situation in Afghanistan with his father, ‘My father still has nightmares about the death threats that he got from the Taliban so we don’t really talk about it. We prefer to talk about the bright future we have in Belgium today. But luckily negotiations are happening. The current situation is extremely hard to solve, the war has been going on for 18 years but nothing has really changed. Maybe the Taliban can agree on reducing violence in Afghanistan, but I think that they will never be able to stray away from their beliefs.’