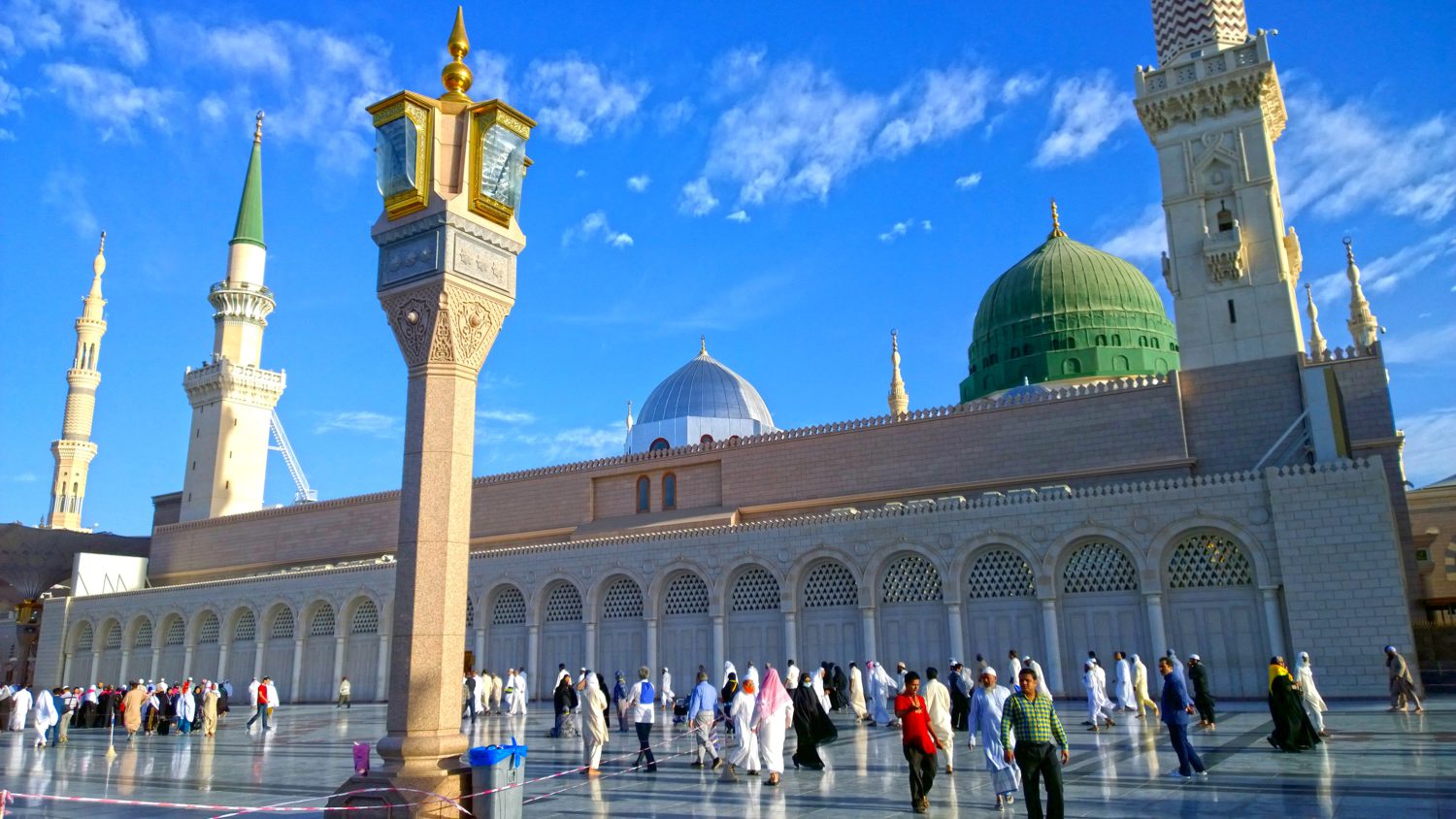 Despite its bad reputation, the conservative monarchy of Saudi Arabia opens to tourism in order to diversify its income sources. A premiere, as pilgrims and businessmen used to be the only foreigners allowed in the country

On the pictures they brought back from their trip, they are smiling at each other in the middle of Medina’s historic center or in front of the skyscrapers of Riyad, the country’s capital. Nathalie and Maxime are from Brussels, they got married in September, and for their honeymoon they chose to go to Saudi Arabia. ‘We were actually discussing about our destination when we heard in a news flash on the radio that Saudi Arabia would start to deliver tourist visas’, they recount. ‘We took it as a sign. Plus it was exciting to know that in some way we would be pioneers !’

Previously, indeed, Saudi Arabia only delivered visas to expatriate workers, businessmen and muslims willing to accomplish their pilgrimage to Mecca. But since september 27, citizens of 49 countries including Belgium can apply online for a 80 euros priced tourist visa. A decision of Crown Prince Mohammad bin Salman, who would like his country to diversify its sources of income. By 2030, Saudi authorities would even like tourism to represent 10% of their Gross Domestic Product, in order to anticipate the drop in oil revenue which has been historically providing the Kingdom the main part of its incomes.

‘The opening of Saudi Arabia to international tourists is a historic event for our country‘,  said in a statement Ahmer al-Khateeb, director of tourism. ‘Visitors will be thrilled to discover the treasures we have to share : five UNESCO World Heritage Sites, a local culture full of life and absolutely outstanding landmarks.’

To attract visitors from around the world, the Kingdom decided to soften some of its rules. Thus, although they still have to dress modestly, foreign women are no longer forced to wear the abaya, a traditional dress covering the whole body. For Nathalie, that was a relief  : ‘Before getting there, I was worried of what I was going to wear, because I knew that dress rules and some other regulations were very strict. But we have been pleasantly surprised. Of courses there are rules and things to respect, just like in many other countries, but nothing too restrictive. At the beginning I was paying attention to my every moves but after a while I relaxed because everybody was very benevolent. We realized we were in a normal country after all.’

Despite its indulgence toward tourists, Saudi Arabia remains a stark country.  An ultra conservative kingdom with very strict social norms and which is constantly facing international criticism toward its disrespect of human rights. An aspect that hasn’t repulsed our belgian couple, for whom its new openness to the world might actually encourage the country to evolve, but which could be problematic to many other potential visitors. In Paris, the non- governmental organization Reporters sans Frontières ( Reporters without Borders ) recently seized a court to obtain the removing from the streets of a giant commercial poster promoting tourism in Saudi Arabia, considering it a provocation and ‘an attack on human dignity by a country that lapidates women and decapitates its opponents’, with obvious reference to the odious murder last year of dissident journalist Jamal Khashoggi, that shocked the entire world.

Ignoring the critics, the ministry dedicated to tourism has announced that 50000 tourist visas had been delivered as of mid-november. And hopes to welcome a hundred million visitors a year over the next decade.