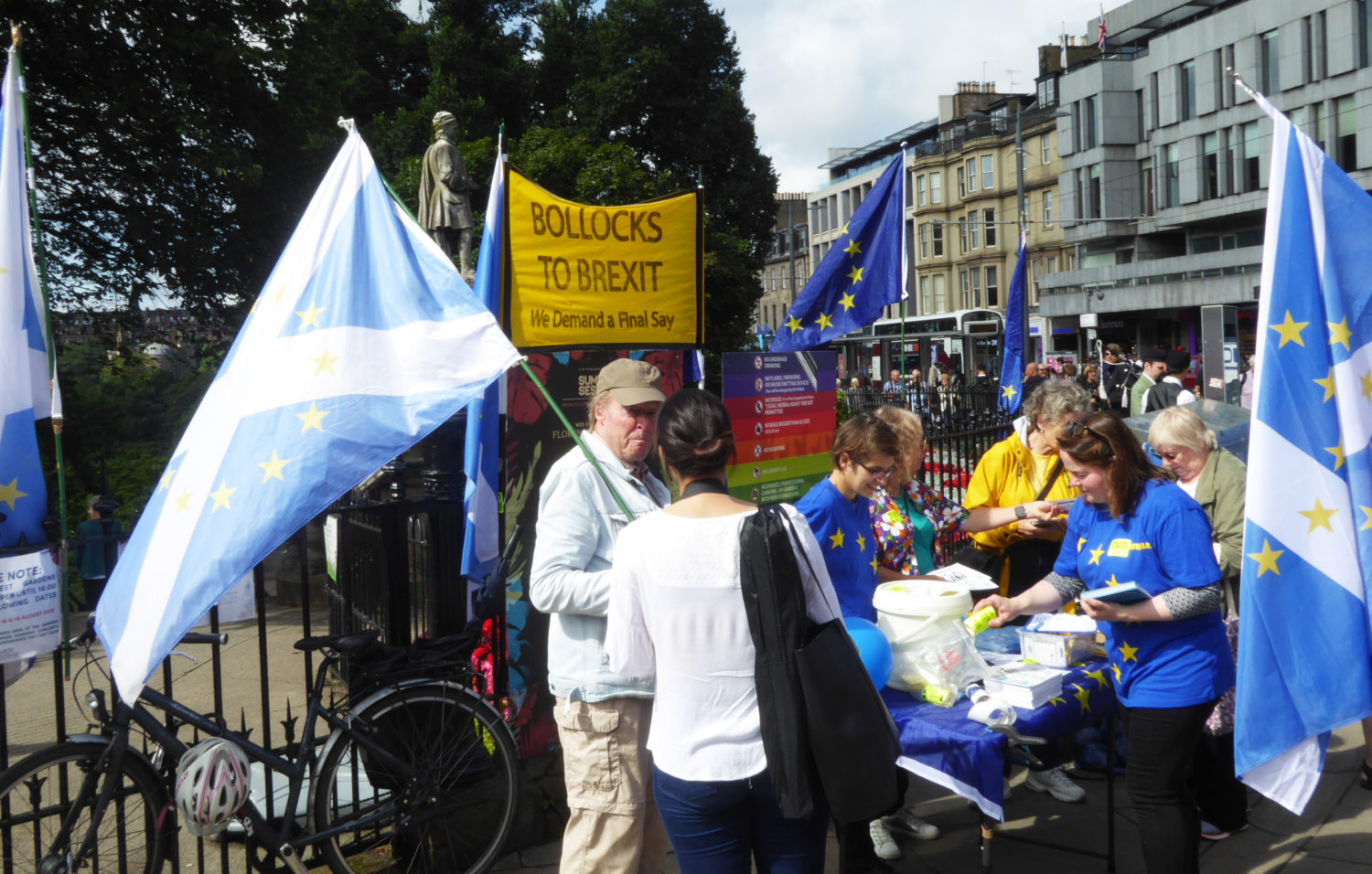 In 2016, the British voted to leave the European Union, but not everyone wants to leave. Scotland wants to remain a part of the EU and feels as though they have not been heard. Rachel* believes that Scotland should be independent. ‘I have become so angered by Westminster ignoring Scotland’s choices and what my people voted for concerning Brexit.’

Rachel (56) was born in Scotland and has lived in Belgium for approximately 20 years. ‘I am firstly a true Highlander and secondary a European and very proud of that. I have worked for the European Union for 20 years and my experience living with different cultures has made me the person I am today. That, I am so grateful for. But Scotland remains the biggest part of my heart.’

According to Rachel, a lot of Scottish people are very angry. ’No wonder there are protests. Scottish people have immense pride. They do not like to be dictated to by Westminster or anyone else such as Donald Trump tried to do in the past, concerning his Scottish golf courses.’

Previous referendum
Scotland held an independence referendum in 2014 because of oil and currency. Scotland’s share of the tax on oil and gas reserves is important because it could save them a lot of money. The Scottish government wanted to keep the pond as the official currency, but at that time, it was unsure whether the United Kingdom would change its pond to euro or not. But the UK wanted Scotland to stay. ‘They cried at Scotland’s previous referendum for independence, David Cameron was calling on all English, Welsh and Irish with Scottish relatives to contact them and persuade them to stay. We even had the late David Bowie and Kate Moss at the MTV awards begging Scotland to stay, yet they ignore us completely in the Brexit process!’ 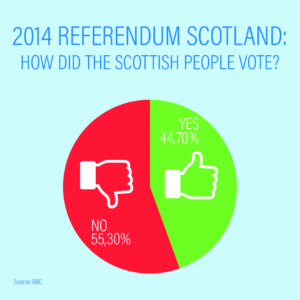 James* believes that the government is accountable to the people who live in Scotland and that Scotland must not be dictated to by another country’s government that has no conception of issues in Scotland. ‘I grew up in a Labour household and voted that way until 2013 when an independence leaflet was delivered through my door, it was then a reality for me that Scotland could have a different future.’

Scotland and the rest of the United Kingdom are on completely diverging paths. James and Rachel both agree that Scotland is an international country that wants to play its part in the world working on global issues and also be able to build a more socially just society. ‘Policies that the UK government has followed over the last decade have caused complete misery and untold harm to ordinary people.’

Poverty
In 2012, the Benefits Reform was created. This reform introduced a whole new system. ‘This has utterly failed to the austerity measures that were supposed to cut the debt, instead, the UK Government has about doubled the debt it has. During this decade of austerity, wages have not grown but prices continue to go up. Many people are genuinely having to choose to eat or heat, this includes working people.’

The number of working poor due to the low wages or zero-hours contracts is massive. In Fort William alone 1 in 7 families live in food poverty. ‘There is a massive shortage of labor here and many people from other EU countries are leaving due to Brexit uncertainty, Scotland didn’t vote for this and we want our EU friends to stay, they are welcome in Scotland. The loss of these people will be devastating for us socially and economically,’ explains James.

‘The UK Government did not uphold any of their promises.’

According to James and Rachel, Scotland places value on people’s wellbeing as an indicator of how well Scotland is doing as a country. ‘The UK continues to priorities vanity projects that will not benefit the majority of people in the UK, they have cut so many public services and now at a time of the election, they make false promises that they are going to be spending big. But the reality is that these promises do not come close to replacing what they have decimated.’

With this statement, they are referring to the Bedroom Tax, a premium that is paid by people in other countries within the UK who live in social housing that has an extra bedroom. ‘In the rest of the UK, people lose Housing benefit on these rooms whereas in Scotland, the Government cover this as it recognizes the injustice of penalizing people in this way. In Scotland prescriptions are free for everyone, in England, it costs over €10 per item. We have free tuition in Scotland because the value is placed on people’s ability to learn not on their ability to pay.’

Those are the main reasons why people are angry and frustrated in Scotland. ‘We do not have any say in creating laws that affect England and yet the UK government legislate the Laws for Scotland on all major policy. The UK Government did not uphold any of their promises. Scotland must now be given the opportunity to have the power devolved to us to legislate on holding a referendum now and in the future,’ says James.

Recent elections
On December 12th, 2019, the UK held elections. The big winner is Boris Johnson’s party, the Conservatives, who are for a Brexit deal. ‘I am very disappointed that Boris was elected. But the SNP (Scottish National Party) did extremely well and had Labour gained more votes, then a coalition between the two parties to strengthen both against the Conservatives would have been ideal. Unfortunately, Labour failed, which has weakened SNP’s victory. Boris Johnson will never agree to Scotland having a second referendum for Independence, and this issue, again, is controlled by Westminister. More angry, frustrated Scots!’ Concludes Rachel.

* For privacy reasons, the names in this article are changed.