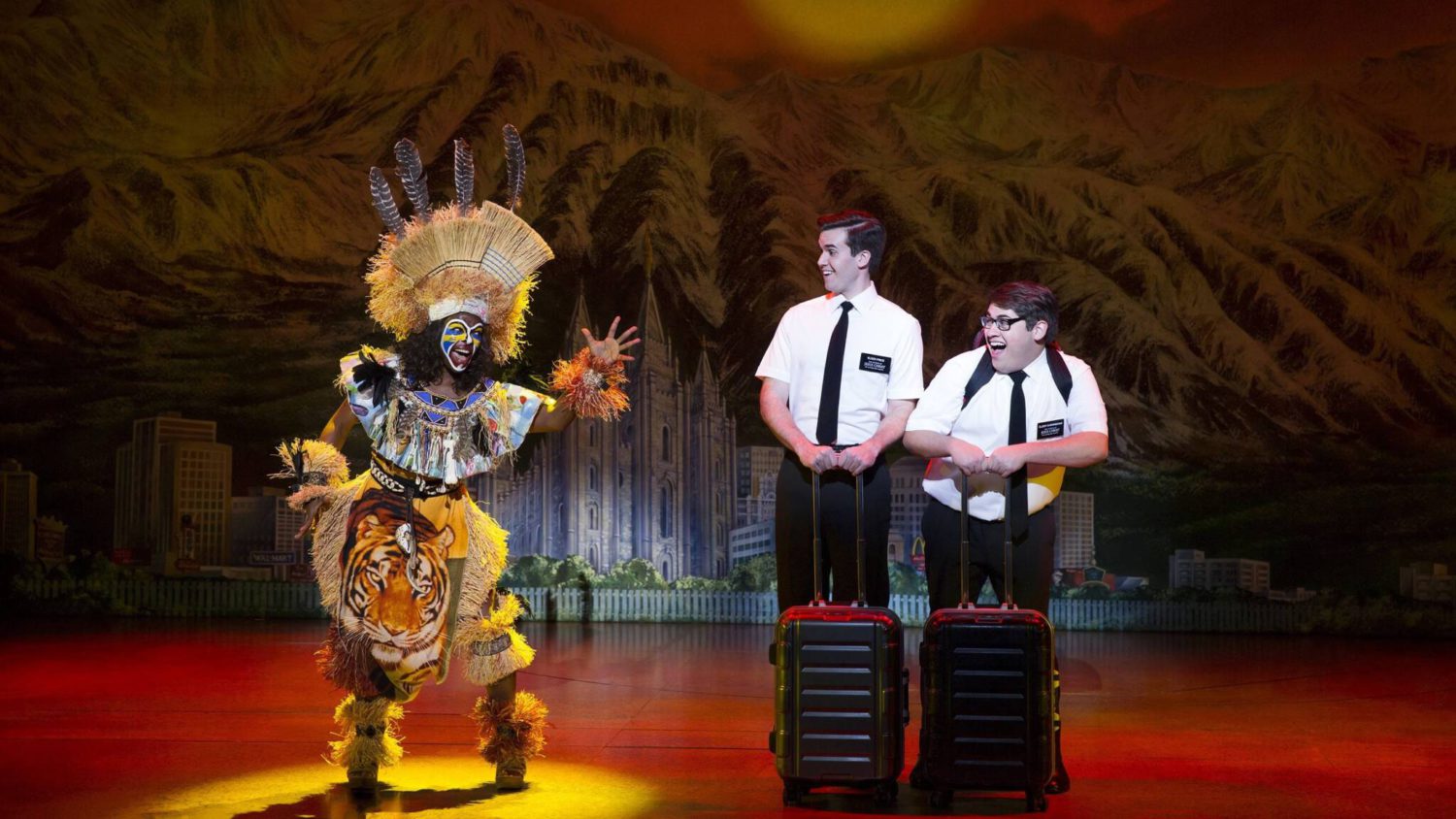 Shocking, offensive and incredible: only a few ways to describe The Book of Mormon. The American hit musical, from the makers of South Park, recently finished its limited run in Amsterdam. Did the possibly offensive humour appeal to the Dutch audience or did the Mormons tap dance on their toes?

The Book of Mormon, the Broadway hit by South Park writers Trey Parker and Matt Stone, is currently touring across Europe. It’s one of America’s most beloved musicals as it’s won a whopping 9 Tony Awards, which you could compare to the Oscars for musicals and theatre. Their first stop was Amsterdam’s Carré Theatre. This is the first time the musical is performed in a country where English isn’t the primary language.

The Book of Mormon follows the journey of two missionaries, Elder Price and Elder Cunningham, who are sent from America to baptize new Mormon members in a Ugandan village. There they deal with a big culture clash because Africa is nothing like the movies and “The Lion King took a lot of artistic license,” as said by the main character in the musical.

It’s obvious the show was made by South Park writers. The on-edge humour was noticeable by the audience’s mixture of laughter and gasps whenever a joke was told. The first song the Ugandan people sing for their new Mormon friends is called Hasa Diga Eebowai, an obvious reference to The Lion King’s Hakuna Matata. Only the phrase doesn’t quite mean no worries for the rest of your days. It’s a fictional phrase made up by the writers which translates into “Fuck you, God.” According to the villagers, God is the reason for their poverty and Aids.

During the second act, Elder Price talks about the ideas of the Church. While throwing his arms around, he sings: “I believe that in 1978 God changed his mind about black people.” The lyric is referring to a letter from the Mormon Church saying that all worthy male members of the church can become priests without regard for race or colour. Before that, black people were seen as second-class within the church.


George Crawford (21) is part of the EU cast and plays Elder Smith. Besides that, he’s also a cover for Elder Price and Elder Cunningham, the two main roles. “People can choose to be offended. If they are, I think they are missing the bigger picture. The musical is so cleverly written that it never actually insults anyone,” George says. “Sure, I’m not denying that Book of Mormon adds humour to poignant issues but I think laughing about such matters is necessary for the world in which we live.”

Previews were held to determine whether to change certain jokes for the Dutch audience. “We were incredibly lucky to have Casey Nicholaw, the original director and choreographer of the show, working with us during the previews. That helped us create exactly what Casey imagined when the musical first previewed in 2011. After the previews in Amsterdam, we didn’t feel the need to change a single thing. I believe the jokes land to a universal audience with punch lines anyone would understand.”

“The Dutch audience was absolutely incredible,” George exclaims. “The energy bounced all over the theatre. I think it’s because they didn’t know what to expect so it was exciting to hear the audience work out a certain joke or hear the gasps or sighs throughout the show.”

Anouk van Grunsven (19) is a Dutch musical fanatic and went to see the show twice at Carré. “I think the Dutch and American levels of comedy work really well together. Our country is pretty far in accepting diversity so I feel like we can go a bit further in joking about such things compared to other countries,” she tells me.

Anouk was probably right about the similarity of humour, as the musical drew about 60.000 people to the theatre. Carré theatre seems eager to organise more similar events. “This isn’t the end for international musicals at Carré. England’s Everybody’s Talking About Jamie premieres in August 2020. We expect the same success for that musical.”

The Mormons are now packing their bags for their next mission: Denmark! After that, they’ll move on to Switzerland. Ticket prices start at 29.90 euros. https://thebookofmormonmusical.com/

Tickets for Everybody’s Talking About Jamie in Amsterdam start at 30.50 euros. https://carre.nl/voorstelling/jamie