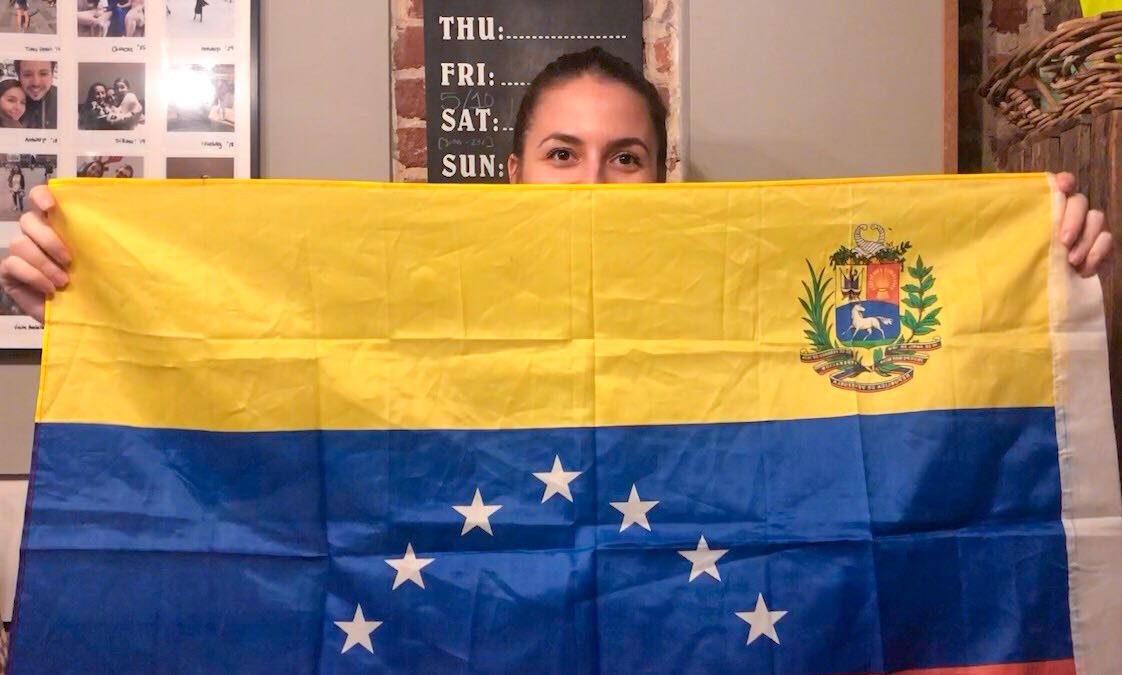 Power cuts, censorships, and violent threats: these are only a few of the things journalists in Venezuela have to deal with. The state of journalism has been crumbling ever since the authoritarian rule of Venezuela’s current president Nicolás Maduro began in 2013.

After the death of previous president Hugo Chávez, it became incredibly clear how unstable his policies were. Nicolás Maduro took over the presidency and his administration dealt with a high inflation rate and large shortages of resources, both of which were left over from Chávez’s run. Despite its many problems, Maduro refuses to change his administration since that could lessen his power. Journalists who try to criticise Maduro’s ways get threatened or put in prison.

‘The state of journalism there is non-existent,” says journalist Valeria D’Andrea (23), who had to flee her home country out of fear of getting killed. “If there still is a form of journalism, I’d compare it to war journalism. You’re trying to tell as much as you can amongst people shooting at you and threatening your loved ones.’

The censorship is also due to the country’s economic crisis. Venezuela now has an inflation rate of 39,113.80 %; to compare, Belgium has an inflation rate of 1.26%. This leaves many inhabitants without enough money to buy basic supplies like food and medicine. The effect that this has on journalism is that the country only has one company that distributes ink and paper but it’s state-owned. The ink and paper get distributed in a way that benefits the media that’s supportive of the government. The companies are without ink and paper and have no money to buy more, resulting in many media companies not being able to even make a newspaper.

The day many Venezuelans truly realised the censorship was May 28th, 2008: the day RCTV (Radio Caracas Television), the last independent TV station in Venezuela, was shut down.

‘I remember it perfectly. Everyone was watching TV. There were a lot of demonstrations leading up to that moment because it was announced. But somehow, I never believed it would happen. But when you see the only tv station that’s telling the truth being shut down, then you know the government is trying to hide what they’re really doing,’ Valeria explains.

The government has also blocked many websites, which results in inhabitants relying on messaging apps such as WhatsApp to stay up to date.

‘There are no independent news sources and the only way to know things about your country is through social media,’ Valeria explains. ‘Everyone is in a family group chat where you send each other any information you can find. I guess it’s like citizen journalism between each other.’

However, according to Natalie Southwick, Program Coordinator for South America at The Committee to Protect Journalists (CPJ), journalism is far from non-existent. ‘While journalists in Venezuela must face an ever-expanding range of threats and challenges, many journalists and outlets are continuing to do great work reporting in and on Venezuela. Citizen journalism plays an important role in keeping Venezuelans informed, but it’s not the only source of information. There are still lots of professional journalists working for different media, many of them for newer digital publications.’

So, is the state of journalism truly non-existent? No. Despite the censorship, many journalists are still trying to inform the people in any way possible, be it by citizen journalism, social media or new digital media formats. Although it’s still a dangerous business to be in, CPJ says.

‘When perpetrators see that they can get away with killing a journalist without facing any consequences, it sends a message to anyone who wants to silence the press that they will be able to get away with it, too, and that puts all journalists at greater risk.’