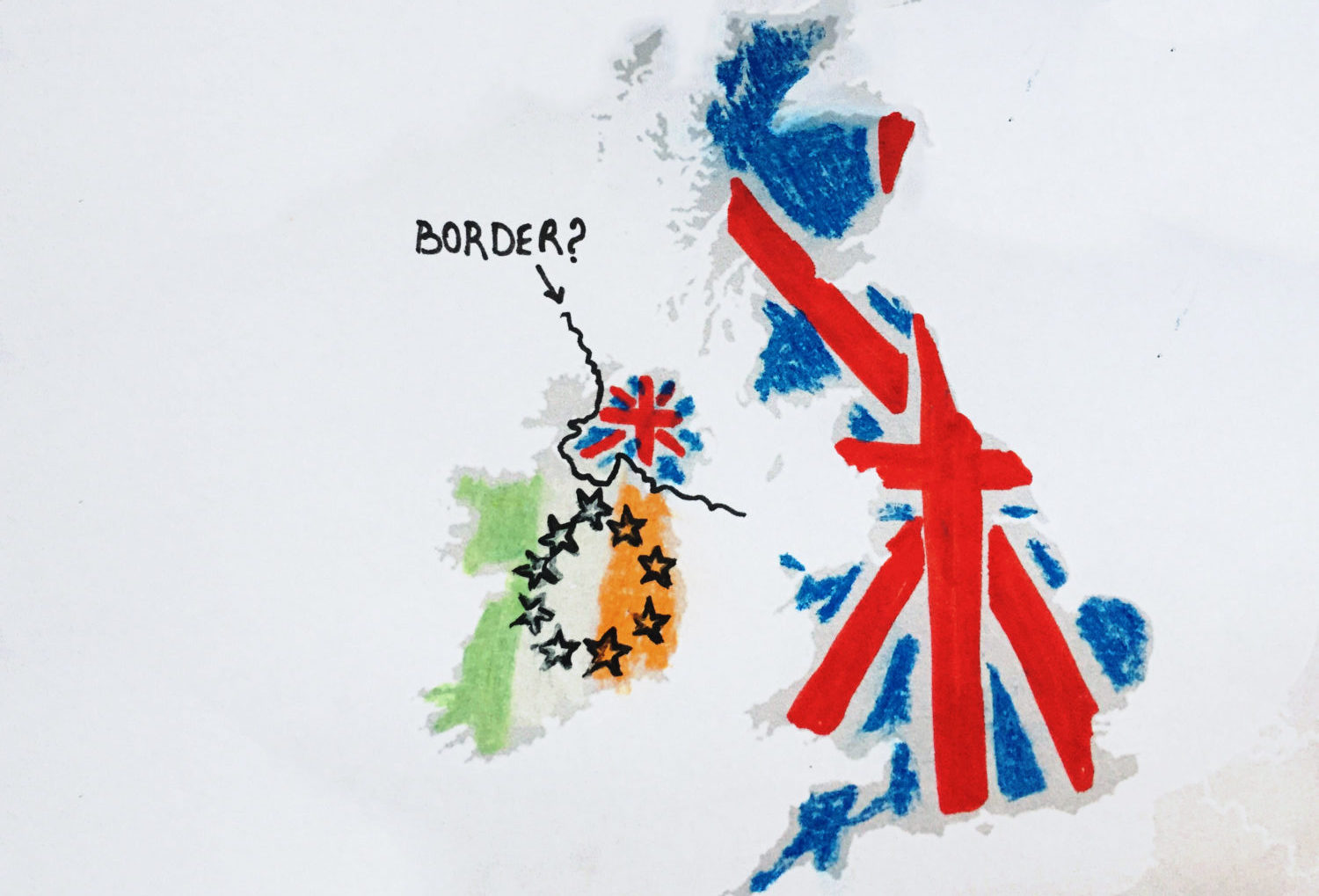 Britain was supposed to have left the European Union by now, but the negotiations between the UK and the EU keep getting stuck. One reason is the border between Northern Ireland and the Republic of Ireland and the so-called backstop. But why is that?

To understand the issue, it’s important to look at the history of the island, leading expert in Irish politics and Brexit, Nicholas Whyte explains. ‘I grew up in Northern Ireland at the times of the Troubles, when 3.000 people were killed because of a dispute about the border.’

What was that dispute about?

In 1920, after World War 1, the British divided the colonized island of Ireland into two states. The south became the independent Republic of Ireland, where the majority of the population was Catholic and identified as Irish nationalists.

The north became Northern Ireland and remained part of the UK, as the majority of the north was Protestant and identified as British unionists. However, in Northern Ireland, there also lived a minority group of Irish nationalists who weren’t happy to stay and who were discriminated against.

In 1969, the situation turned violent with the three-decades-long conflict called the Troubles. It started when the minority of nationalists in Northern Ireland protested against the discrimination by their unionist authorities. The unionists tried to suppress the demonstrations violently and eventually, paramilitary groups on both sides, like the Irish Republican Army (IRA) grew in popularity and turned to the streets with violence. British troops were put in place to stabilize the situation and the British built walls at the border between the north and the south to keep the communities apart.

Nicholas Whyte says: ‘I remember the times when you had to stop the car for searches by soldiers or police officers if you were driving from north to the Republic. And thanks to the Peace Agreement of 1998 but also thanks to the European integration, the border simply stopped being a practical issue. A lot of people are worried today that the problem will come back due to Brexit.’

Border in the picture again

‘Brexit is a step backward because we had managed the find a formula that united the communities of Northern Ireland, the UK, and Ireland within a big structure and now that’s being torn up,’ says Whyte. ‘The problem is this: due to Brexit, the UK must leave the EU and UK’s regulations must, therefore, divert from the EU’s regulations.’ Since Northern Ireland is part of the UK, it will leave the EU and its regulations. Yet, the Republic of Ireland stays. ‘And so the border between the two will become a regulations border with different rules at different sides.’

‘That has a major impact on life on the island of Ireland since the free flow of goods across the border is very important economically for both north as south.’ Today a lot of the chicken that is produced in the Republic, is processed in Northern Ireland. ‘That kind of integrated production would become impossible with separate health checks at the different sides of the border.’

‘So the issue for the British and the Irish negotiations was how precisely this was going to be managed. Both sides said from the beginning that they wanted to keep the border as open as possible but there was a great deal of divergence of how that was going to be achieved.’

In 2017, then Prime Minister Theresa May agreed to the backstop. ‘May wanted the UK to stay fairly close to the EU and wanted to arrange this in a treaty, which takes a long time to make.’ In the meantime, the backstop was supposed to be a legal guarantee that Northern Ireland would remain aligned with the EU’s customs zone to avoid a hard border until that new treaty was enforced.

The anti-democratic backstop has been abolished. The people of Northern Ireland will be in charge of the laws that they live by, and – unlike the backstop – will have the right to end the special arrangement if they so choose. #GetBrexitDone #TakeBackControl

‘Boris Johnson as Prime Minister goes in a different direction. He said that first of all, he wants the UK to diverge more from the EU in the future, so there is more trade freedom. But at the same time, he accepts now that this means that Northern Ireland has to remain inside the EU’s customs union for practical purposes to prevent a customs frontier from emerging again on the island of Ireland.’ To achieve both things, he strives for a border in the Irish sea. ‘That means that custom checks for goods will go through ports of Northern Ireland and the rest of the UK. Johnson is going for the permanent customs union model and the backstop isn’t necessary anymore. He wants to have the final details sorted out and the backstop itself then disappears.’

‘It’s pretty clear there is a deal on the table, by Johnson and by the EU27’, shares Whyte. ‘After the election, which I assume Johnson will win, he will put that deal forward to the parliament for ratification as quickly as possible.’ ‘What the deal would look like? I think the deal that was done by Johnson in October is going to be the basis of the way forward.’

If that deal is done, it will only take us through to the end of next year. Whyte explains: ‘Then, first of all, there’s going to be a fight about whether to expand the transition period in order to avoid the UK crashing out again.’ Besides that, Nicholas expects the ongoing discussion to continue about what the new trading relationship and the overall relationship between the EU and UK should look like. ‘So there’s still plenty of ground to cover.’