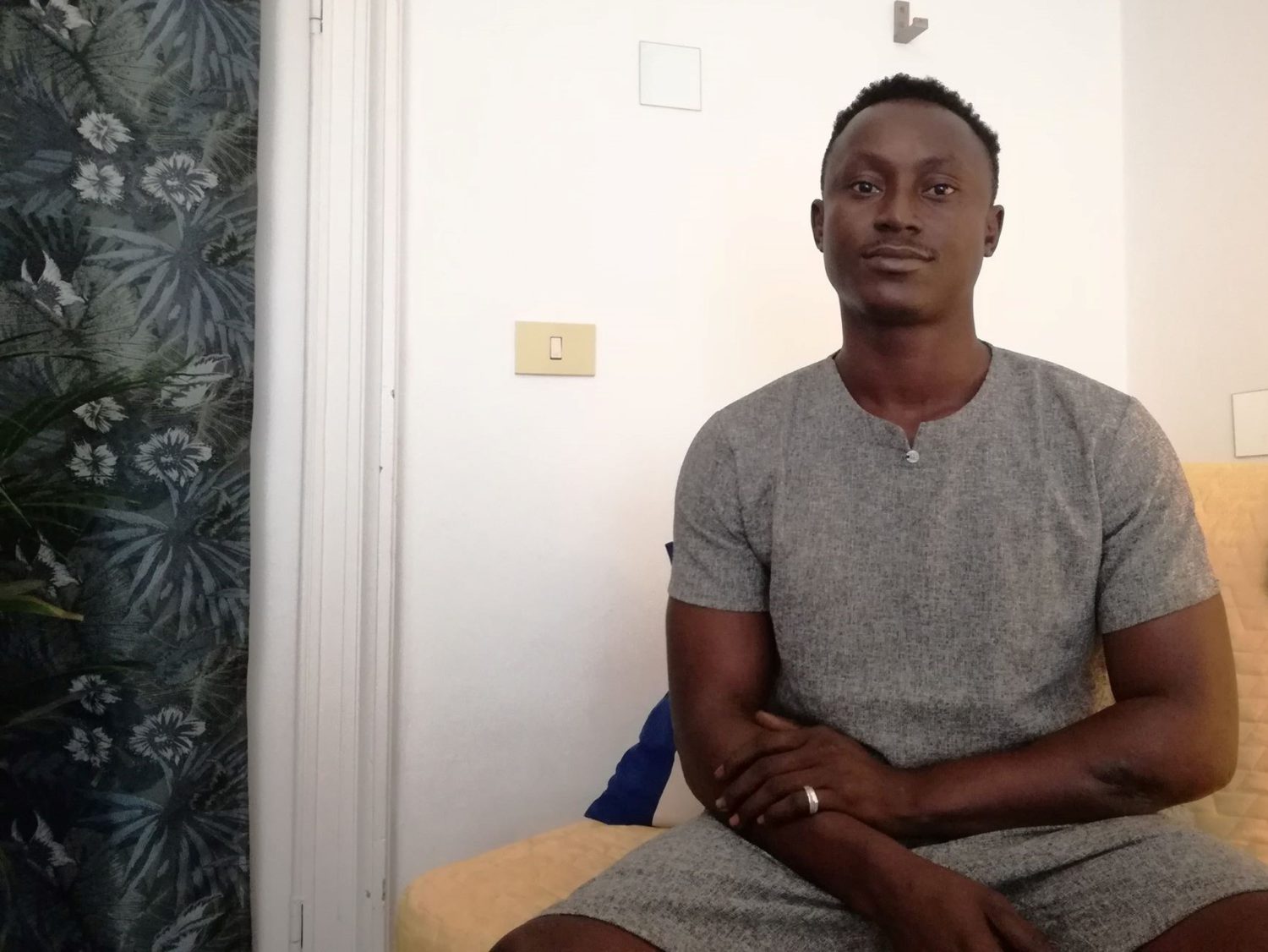 A dead man and a boy

‘The next thing I could remember is that I was lying down in a dark room and there was blood everywhere on the ground,’ Moses recalls, ‘I found out that I was in a cell.’ The next morning Moses was brought out of the cell so he could be transferred to the police to start an investigation. Outside the cell was a dead man lying down with a gun, some mobile phones and a little bit of money by his side. ‘When they drove me to the police station they cuffed me to the dead man who I had never seen before, the military told me I was the next one to die.’

The police heavily tortured him. During the interrogations he was beaten, hanged for hours and eventually his nails were pulled out of his fingers. While all of this was happening, Moses still had an untreated gun wound in his hand. Eventually he was forced to sign a confession he wasn’t allowed to read. Eight years later this confession was the only basis for his death sentence.

The power of numbers

When Amnesty international heard about his situation, Moses began receiving letters from all around the world. In total 800.000 letters were being sent. ‘I started feeling stronger, like I wasn’t alone anymore. The cards build me up daily,’ Moses recalls. After ten years in prison he was granted a pardon by the Governor of the Niger Delta State on 28 May 2015. ‘It was the happiest day of my life,’ Moses explained, ‘the sad days are gone.’ Moses now works as a volunteer for Amnesty International, he is happy to raise awareness and inspire other people by telling his story.

Wies De Graeve, director of Amnesty International finds Moses to be a powerful example that letter writing works. ‘This really shows the power of the number. We were able to send that many letters because we mobilize it worldwide. Luckily we got a breakthrough.’

It is already the 17th year that Amnesty International mobilizes thousands of people around the world for the Writing Marathon in December. Last year almost 6 million letters were sent worldwide, 352.000 were sent from Belgium. ‘The importance of such a December month where we all focus on the same people is that we show the power of the number. When people all over the world put pressure on those in power or on those who can make a difference, things can change for the better,’ Wies De Graeve states, ‘Moreover, the cards and letters that are sent to the people in need are an enormous emotional back support for them and their loved ones.’

This year Amnesty International puts the focus of their Write For Rights Marathon on young people whose human rights are being violated. They symbolize a wider human issues, such as death penalty, the impact of climate change, land rights, and freedom of expression. For more information you can visit https://www.amnesty-international.be/schrijfmarathon.