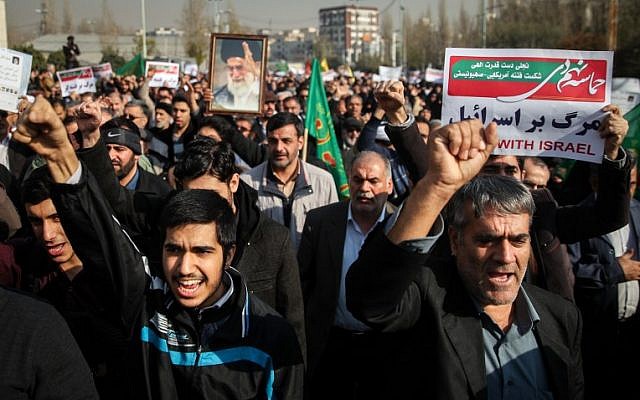 “We can meet tomorrow at 8pm if it’s okay for you, we can discuss anything, but please don’t mention my name” Ahmad* messaged me after I had posted an ad on a Facebook group to meet up with Iranians to discuss the actual situation.

Tuesday 8 pm, I ring the bell, a 5’6 guy opens the door with a shy smile. He’s wearing jogger pants and asks me to take off my shoes. I proceed. He invites me to sit on his couch and start drinking Iranian tea with local sweets his mother had brought him a couple months ago. When she came to visit.

After some small talk and learning the typical way of drinking tea – you put a little square of sugar in your mouth then have a sip of tea – I ask him to tell me about happened in Iran. He smiles at me and tells me again not to mention his name anywhere. As the tiny bit of criticism towards the government can be punished and he doesn’t want to take any chances.

I understand and agree.

Why did people took over the streets?

On November 15th , a skyrocket increase in fuel prices sparked protests in dozens of cities in Iran, including Teheran of course. He told me “Western medias have barely covered the situation in Iran and underrated what happened, when hundreds of people died, people were cut off from the world (sighs)”. Indeed, when civilians started investing the streets, public forces’ answer resulted in the use of firepower which is disproportionate and rather uncommon. Within a 24 hour window, the government shut down the internet making it impossible for civilians to share whatever what was happening with the rest of the world.

” They have learned their lesson, they know revolutions don’t necessarily lead to better outcomes “

“Can you imagine that in 2019, the landline was my only way to communicate with my mother?”. As he brought up his mom, I asked him if he ever was worried for his folks’ safety. He said no as his parents already went through revolution back 1978 and “ they have learned their lesson, they know revolutions don’t necessarily lead to better outcomes” . Iran is an example but more recently Egypt is another ‘bad example’. ” They kicked out Housni Moubarak  and now the Muslim Brotherhood is in power, it’s like choosing between the devil and the deep blue sea”.

The use of gunpower against civilians and repression

It is unprecedented that the government made use of gunpower against unarmed protesters. Amnesty International reported 161 deaths officially, in two weeks. But, Ahmad said to me “It’s at least the double, I’m not even exaggerating”. He added “Iran wants to appear as a democracy, but that’s bullshit, the supreme leader decides everything”.

“You see, the Iranian’s government is very good a lowering people’s standards.”

It is true that even though the increase in fuel prices is what triggered the protests, they quickly shifted into political demands. And, that is the main problem, it is because it started to take another turn that Iran had to rule with its iron fist more than ever. “ You see, the Iranian’s government is very good a lowering people’s standards. The government shut down the internet in response of the protests, if they would’ve continued they could’ve cut the electricity or even water.”

“There was all this fuss around the internet shutdown, but you have to know that the internet is filtered in Iran, it’s not something that only exists in China. From a very young age we’re taught to use VPNs to access some websites”. When he said that I asked how they shared intel then. “We use Telegram Messenger, there are groups on there, and that’s where we share info”. For those who don’t know, Telegram is an app that uses highly encrypted messages that can self-destruct.

On November 20th , a public confession was broadcasted on national television, but we believe it’s been obtained under torture.

A country victim of its reputation

Ahmad feels sorry that the western world doesn’t really care for the Iranian people and believes we just see his country as pure evil since it’s the US’ number one enemy. People have no idea of what their daily life looks like and it’s mainly because of the extreme power the state has. Medias are controlled and accessing data is in reality very difficult. Also, the demonization Iran is suffering from doesn’t serve the country. Why would the western world be interested in the life of extremists who threaten the US anyway?

As a result, Iran is just another example of a nation being misjudged because of the actions of the power in place. It is our duty as citizens to dig deeper when being faced with information coming from difficult to access countries. And, pressure the international community in investigating what is happening in these places because what’s been going on in Iran is obviously illegal and some people should be held responsible for their actions.

*: changed name per his request.