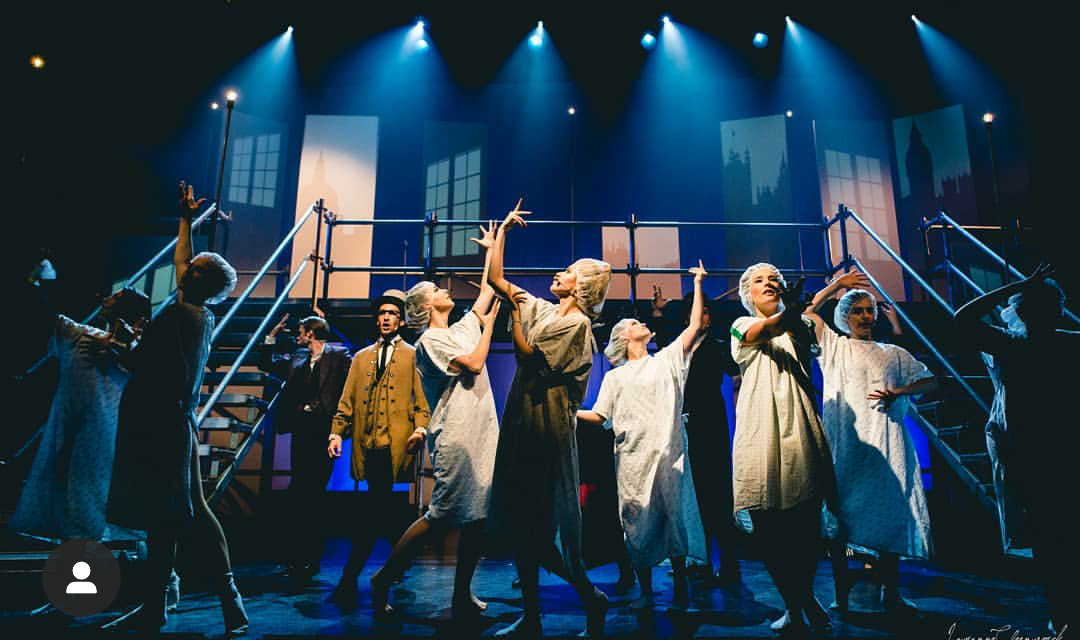 With the budget cuts on culture in Flanders a lot of people get hurt. Many have gone on strike or hold a silent protest by changing their profile picture on Facebook. Now the musical community has released a video where they sing the finale of ‘Les Misérables’ as protest to the budget cuts.

Willard Bogaert has graduated in musical theatre at the royal conservatory in Brussels this summer and participated in the video.

With the savings on culture funding the artists and performers get hit the hardest. Willard says that he keeps his mind open to the possibility of having to work in the Netherlands or Germany.

‘ I am always looking for new projects and auditions, whether they are here or someplace else doesn’t really matter to me. Right now I am looking to audition for Miss Saigon in Vienna, Austria. But it’s financially impossible to audition for everything.’

He is originally from the Netherlands and came here to study. He now lives in Antwerp with his boyfriend Dries Strumane. He has played in 40-45 and Aladdin. At the moment he teaches at JoMus, a musical school for children in Mechelen, on Saturdays. Aside from this he also teaches at primary schools from time to time.

‘Living on musical shows alone is almost impossible in Belgium. I think only the really big faces get this chance. And now that they have cut the funding, the chances of getting discover is even lower.’ Said Willard Bogaert.

After graduating with a degree in teaching Willard soon realised he wanted to perform in musicals. He applied at two Dutch and one Belgian school. He got accepted to one in the Netherlands and one here.

He chose to study here in Brussels and does not regret that decision. Although he thinks the study does need some changes, specifically the teachers. Most of the teachers have been in musicals but don’t know how to teach.

The Belgian musical scene is growing but non comparable to the Netherlands.

‘It really is a cultural thing I think. When I was little my parents and I would go to see a musical. Where as in Belgium I feel you would go see a play or a movie. In the Netherlands musical performers also receive much more respect and get payed better, Germany is doing even better. Here you can not survive on performing alone. The shows are not long enough and the pay is to low.’

Musical is not just a job or a pastime it’s a way of living. You work on the weekends, rehearse for days on end.

‘ Performing in musicals is an outlet to me. You can show emotion, let out your energy and sing. It’s a nice way of living. I would not want to know what I will be doing for the next 40 years. I would rather have this uncertainty than the certainty that you will do the same thing every day for the rest of your life.’

Over the last couple of years musical has made its way back to Belgium. With the coming of spectacle musicals like 14-18 and 40-45 musical seems to be hot topic again.

Spectacle musicals are more extravagant. This can be décor, costumes, cast, music, technical goodies or a mixture of all. People who visit this type of musical mostly come for the experience rather than the singing, dancing or script.

Did you know that you can study musical here in Belgium? There is a performing arts school in the centre of our country: Brussels. The Royal Conservatory in Brussels offers a 4 year bachelor in musical programme attracting a lot of foreign interest.