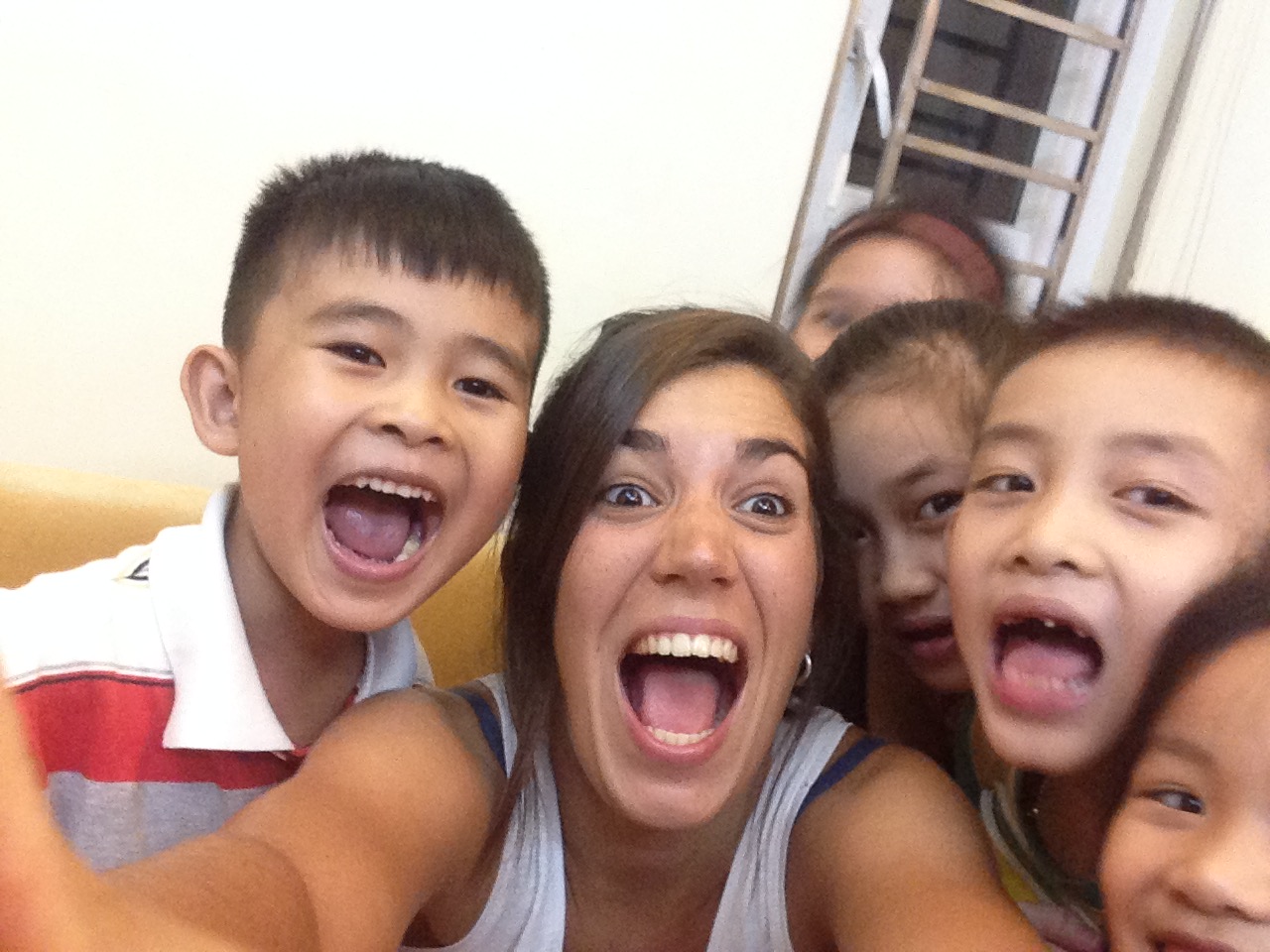 Roaming the globe since 2012 after an enlightening Erasmus experience, Anna Carrasco Linares, shares her teachings of wanderlust with five lessons she has learnt from the five countries closest to her heart.

The twenty nine year old Spanish sensoria from Barcelona has been in a state of exotic roving for the last six years. It was the opportunity to study in Denmark as an Erasmus student that kick-started Anna’s incessant pursuit of global experience and galivanting.

Gaining a Masters degree in bilingual education has allowed her to travel the globe as an international English teacher. Anna’s work has taken her on wild journeys to a total of twenty nine countries so far; teaching her valuable life lessons along the way.

Reflection can be an illuminating experience. At least, that is what Anna discovered when she expressed to 21bis how the countries in which she became immersed have had a profound impact on her life. 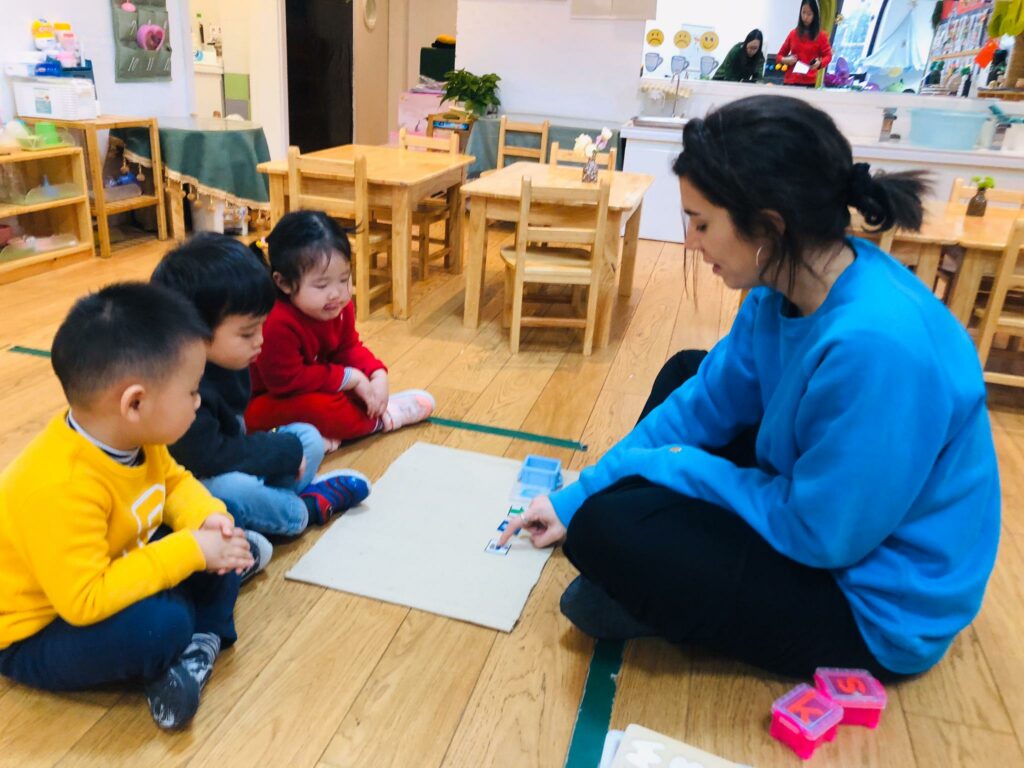 ‘It made me decide that I wanted to travel the world and to this day, it is exactly what I am doing’

‘In 2012, I did my Erasmus in Copenhagen for one semester and it was the fullest semester of my life! It was my first time away from my family and friends and I felt that every day was a present. I was always learning something new.

I knew I was meeting friends for life because in the exchange student situation you are all living the same scenario. These people, these friends, became my family at that moment. They became my experience, actually.

It opened my world super wide. It made me decide that I wanted to travel the world and to this day, it is exactly what I am doing. At that moment, I felt in myself that I liked the challenge of meeting new people, going somewhere new and trying to figure out my life.’ 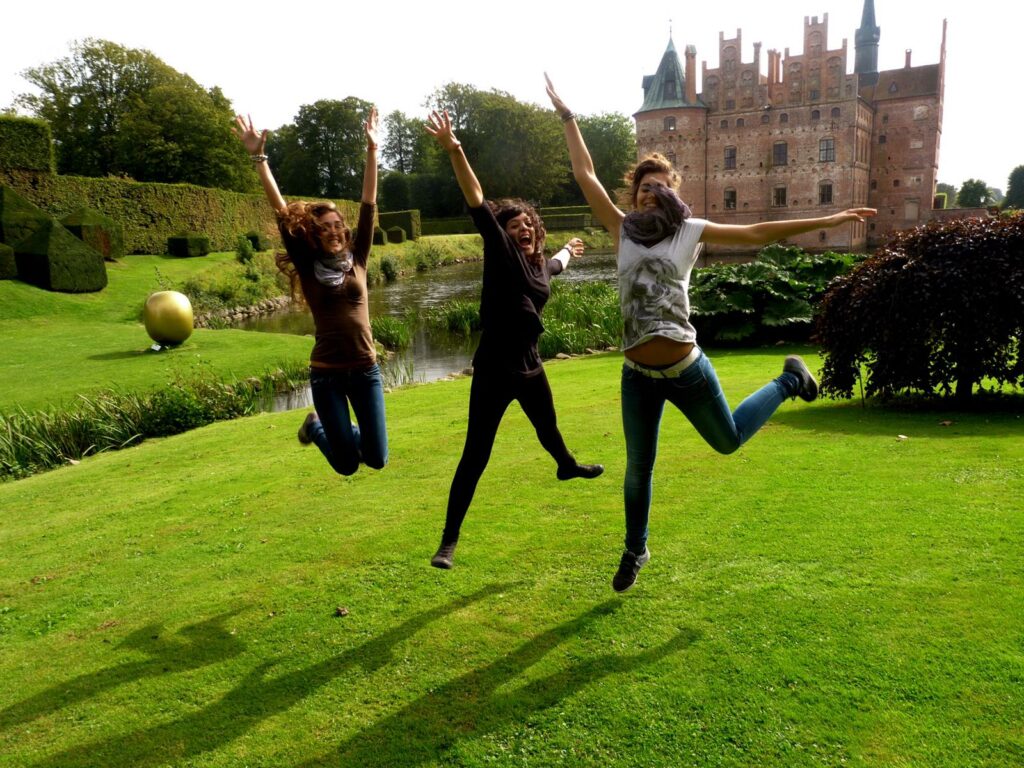 ‘Every day I was feeling that they were giving me too much. They were all smiles and full of life and wanted to learn and appreciated I was there teaching them’

‘This is my favourite country in the whole wide world! After my Erasmus, I went off to do my internship in Nepal where I taught English in two different schools. What I liked most about the country and the experience, was that people who have the least give you the most.

Every day I was feeling that they were giving me too much. They were all smiles and full of life and wanted to learn and appreciated I was there teaching them. It blew my mind that they were walking two to three hours every day to come to school and it made me realise how important it was for them to go to school and to learn English and math.

It made me realise that sometimes we think that we need so much, but in the end, we just need a plate of rice and to be surrounded by good people. Life is much easier than we think.’ 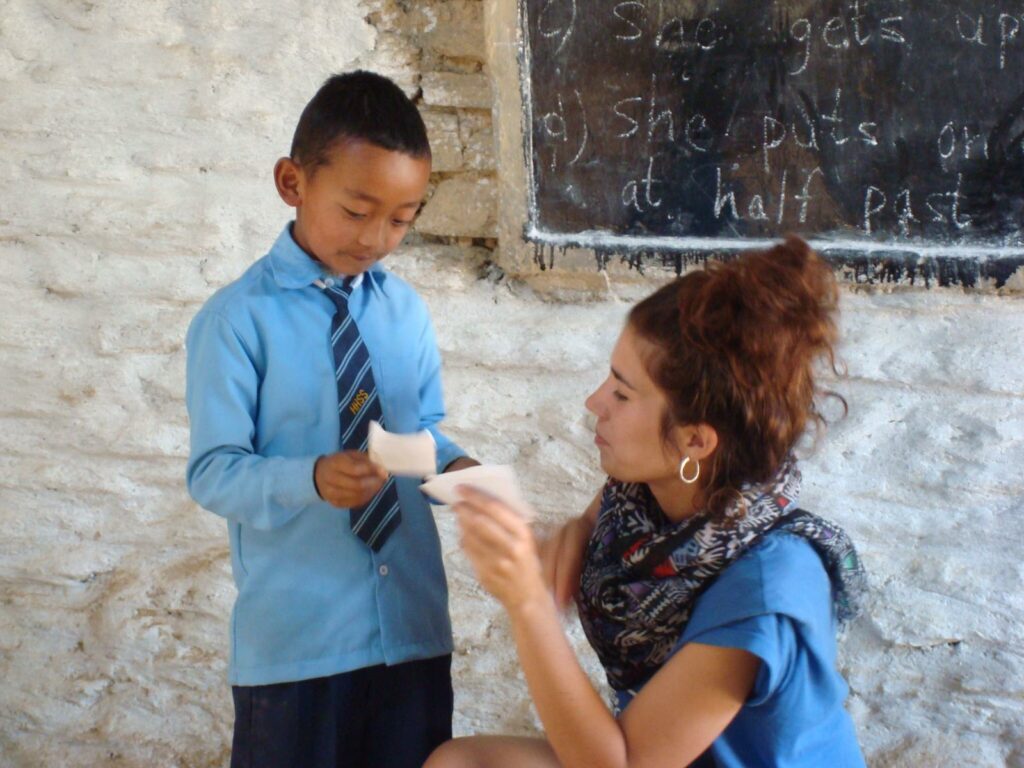 ‘I would call them different names, English names, that were the names of my friends’

‘The third country I want to talk about is Vietnam. After being in Nepal, I fell in love with Asia and teaching in a different country to Spain in general, so I decided to look for a job in Asia. It was so difficult. I sent, maybe, one hundred emails to try to get a job and I got around five answers.

In the end, after a long time of waiting and trying, I got a job to teach English in Vietnam in a place called Ha Long Bay; which is just paradise. I was teaching public schools and it was very different from what I had experienced in Spain.

In the schools, they are fifty students per classroom and it’s so difficult to make them participate. For example, to simply learn the names was difficult, so I had to come up with different techniques. I would call them different names, English names, that were the names of my friends. It was fun!

It was so beautiful to be there. I was feeling that they were happy to have an English teacher and all the parents were grateful because it was a small city. I could see my students in the streets and everyone was taking care of me. That was really beautiful.’ 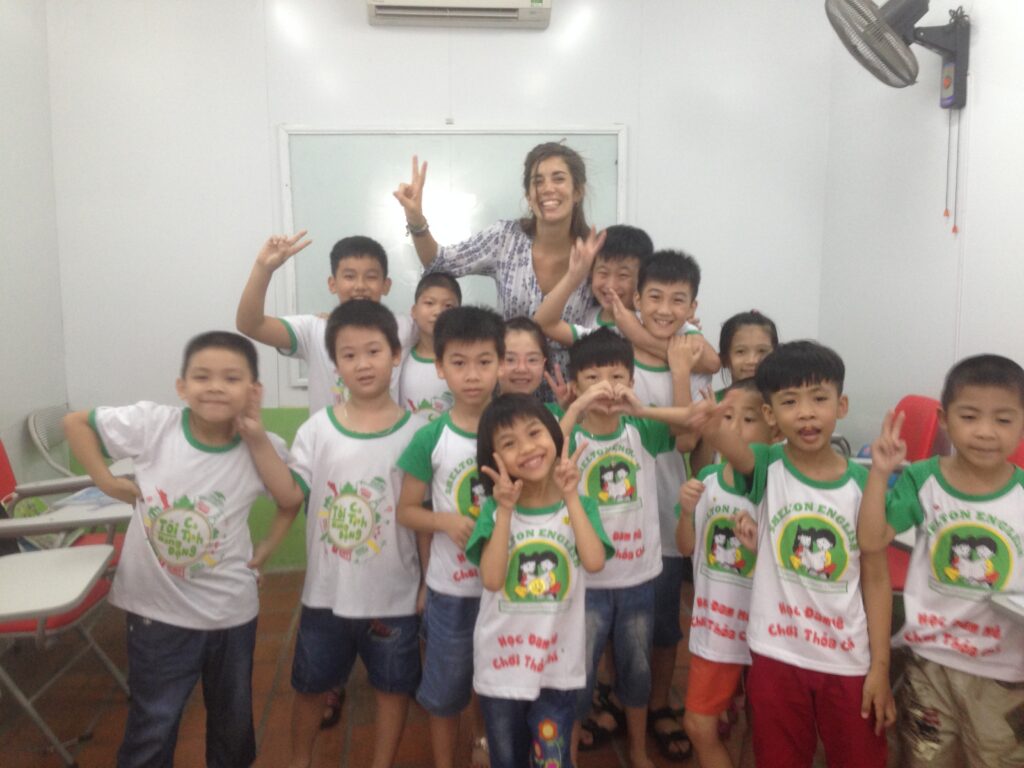 ‘If I think about doing these things back at home, I would say that it is impossible to see me doing it’

‘Being in Australia was the first time that I realised that my family were super far away. When I travel, I always feel like home is just a flight away. But in Australia, is not just one flight, it’s so many hours and I was always thinking that if something happened to any of my family it would be so difficult to get back.

The experience helped me realise how much I need my family, even though sometimes I don’t want to say it. When you get sick you just want to be with the ones that you love. At that moment, they felt, for the first time, really far away.

I started working as a teacher, but then I decide to buy a van and travel around Australia. To fund this trip, I needed to stop at different places to work. I mostly worked as a cleaner and as a banana packer and these two jobs that I mention, are jobs that I never thought I would do.

If I think about doing these things back at home, I would say that it is impossible to see me doing it. I would have never applied for a cleaning job! But in Australia, I realised how important the job is. For example, a hotel cannot work if you do not clean the rooms. In this way, it helped me a lot to change my mind and to realise that all the jobs have value. Working on a banana farm helped me to realise how hard it is to be a farmer. How hard it is to wake up at 4 am pack and fruit to send to the supermarkets. All the roles in life are super important.’

‘I felt like I was working the best job that I have ever had, but it was not balanced by my social life’

‘Even though I was there for a short time, it had a big impact on my life because it is the country where I felt the most lonely. It is a country that has millions of people, but I felt so lonely. I realised that it is really difficult to create balance in all the things that are important in life like friends, family and job. It is difficult to have all these in the same line.

I felt like I was working the best job that I have ever had, but it was not balanced by my social life. I found it difficult to make friends and, like Australia, I realised how much I missed my family. In China, I felt that it was difficult to have everything at the same point.

The country taught me to have patience. I was expecting to make a life within two months, but you cannot expect to create a new life with new friends and having all these things that fill us in that time. We have to be patient and everything will come.’ 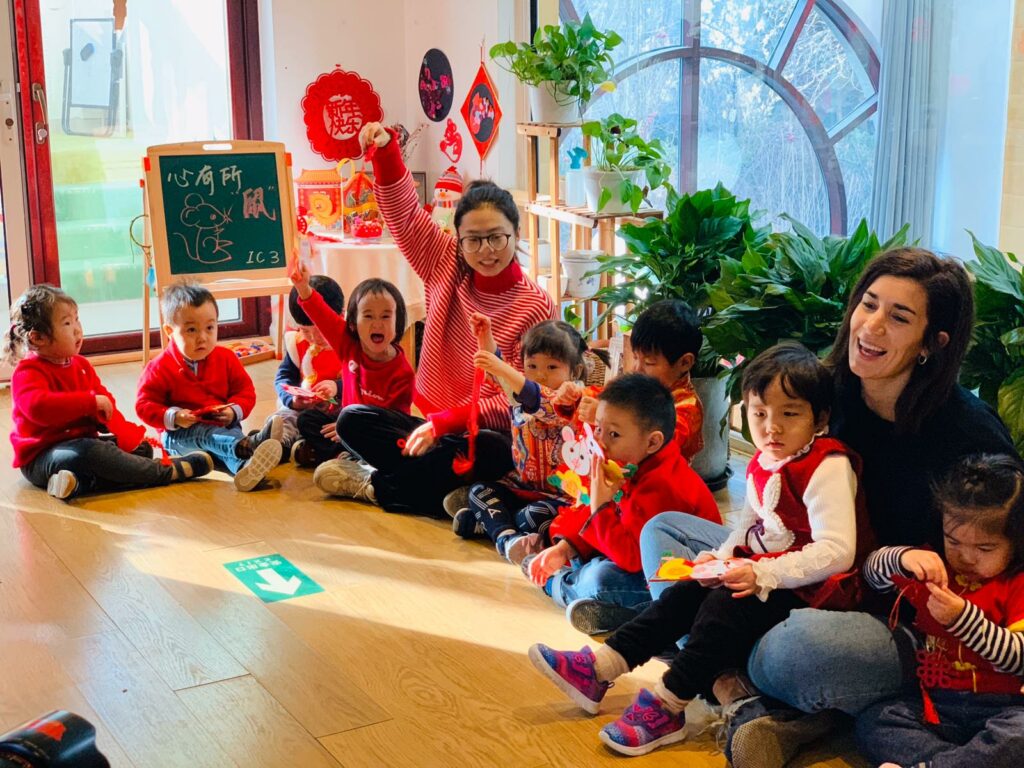 Let time be the creator of impact

To mention some of the other counties that I really like: Argentina, Peru and Myanmar. I haven’t lived in these places but maybe they have the impact of being beautiful and making me feel good because I felt really good in all of these countries. But it is the experiences that we have that make the most impact on our lives.’