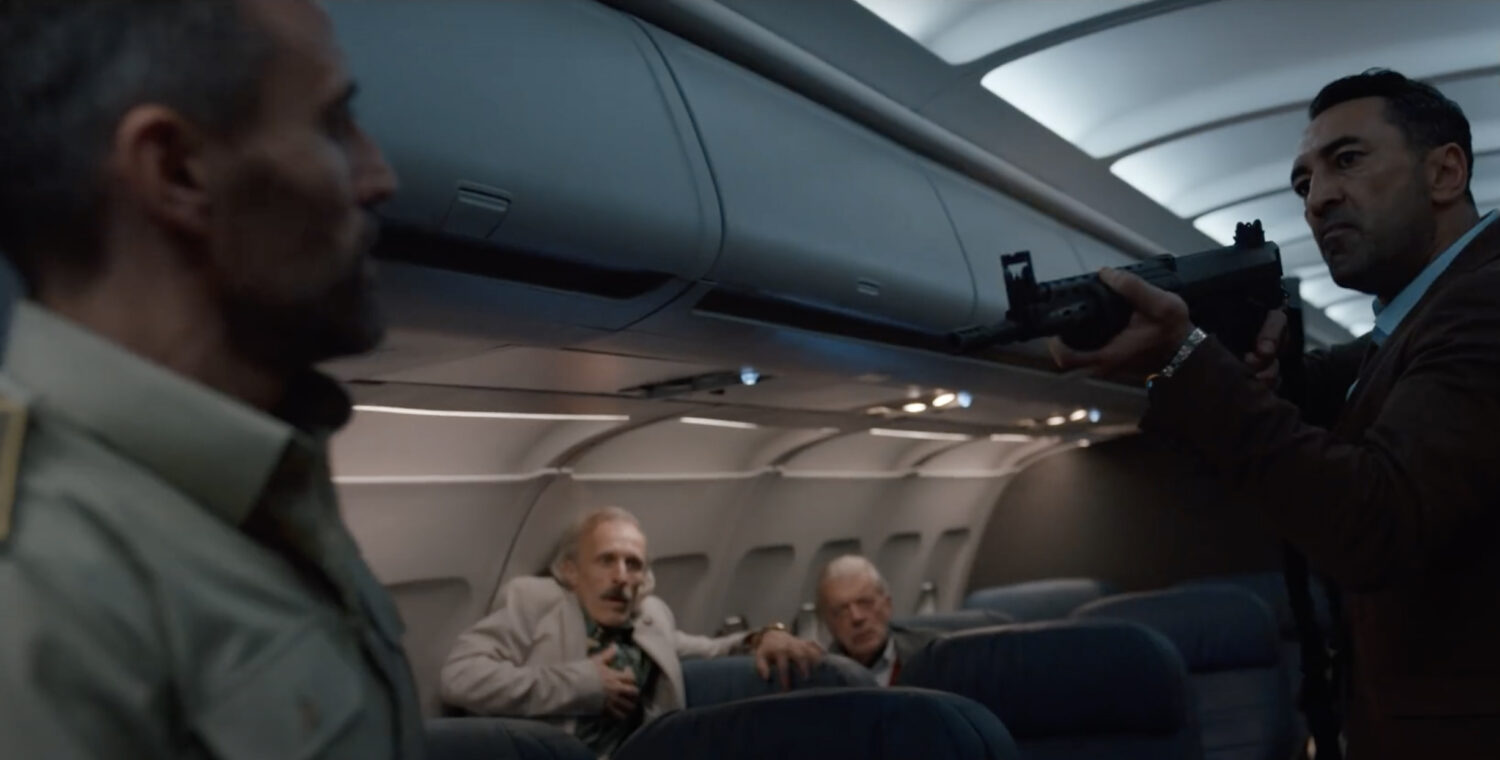 Netflix just dropped their very first Belgian production, Into the Night. An end-of-the-world series based on the novel of Polish science-fiction author Jacek Dukaj named The Old Axolotl. Even though it’s Belgian made, it has an international cast with actors from Belgium, France, Italy, Poland, Germany, Russia, and Turkey. It’s not perfect, but it’s good enough to sit back and enjoy the very wild (plane) ride.

Into the Night follows a passenger plane that was hijacked just before take-off at Brussels airport by a NATO major. By hijacking the plane, he wants to, literally, outfly a solar event that causes people to die when in contact with the sun. What follows is a race against the rising sun, while flying west, into the night as you will.

No character is safe
If you haven’t seen the trailer, the first couple of minutes does a well enough job of showing that something bad is about to happen. It piques your interest enough to keep watching and gives some adrenaline-pumping scenes about ten minutes in. Towards the end, the first episode established an interesting enough story to keep viewers intrigued and click on ‘next episode’.

After episode two, it’s clear that no character is safe of dying or being left behind which keeps you on your toes. Some characters grow on you and show their true potential during a crisis, and some characters made me want to fling my laptop at the wall in frustration. Towards the end, my irritation almost won out, and I was about ready to stop watching. However, payback is a bitch, and karma does actually exist for some characters, making it worth to stick through until the end.

Leadership
While the story unfolds, so does the leadership. It gets forcefully taken a couple of times, and a democracy is somewhat established. I’m all for democracy, but nobody wants to see a democracy in a series like this. Luckily, democracy is quickly taking a back seat when the one the series wants you to root for starts calling the shots, Sylvie. She worked her way towards the front of my mind each episode. Because she isn’t afraid to show how not ready she is for what is trusted upon her. And it almost breaks her because of it.

Obviously, she takes up her role in leadership because every end-of-the-world series needs its leader. But for quite a few episodes, it’s unsure whether or not the series will hand her the leadership reins. Sylvie’s an interesting leader because unlike many other end-of-the-world series, this leader does show quite a lot of humane feelings and doubts. It’s refreshing from how a lot of characters normally would handle leadership in a surefire way.

Human nature and background stories
That’s one thing to be said about this show, it perfectly portrays the different human natures, backgrounds, and beliefs. It can be infuriating at times but gives it a human element that is rarely seen in other end-of-the-world series. We get some background on the majority of the characters and it perfectly shows that we don’t know them as well as we think we do. Some have a background story that breaks your heart and fill you with compassion, while some background stories change your view on them and make you feel betrayed. It’s a tricky thing to do, making a viewer feel betrayed, but it pays off because it fleshes out the characters and makes them inherently human.

It’s just the start
There is something eerie about watching people die from a global event on your screen when it’s happening in reality too. Yet it also offers you some much needed mental rest. It’s a typical end-of-the-world series but is entertaining enough to keep watching. Like a Marvel movie, it’s compelling, kind of predictable but offers some good twists and turns. Namely, who will survive and who won’t. The real story, however, seems to only just start with them finally arriving at a safe space. I’ll definitely look out for season two. Because while it’s not the best TV series to have ever been created, it’s enough to keep me entertained.

‘Into the Night’ is now available on Netflix worldwide.