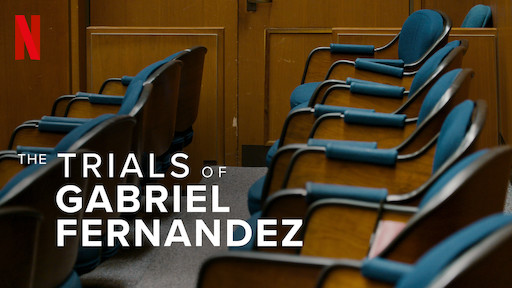 In the first part of the series they speak to the nurse who treated Gabriel when he first arrived at the hospital. A young boy who has bruises and burn marks all over his body, yet his mother claims he just fell and did not wake up. The staff working at the hospital give an in-depth explanation on how they treated Gabriel that night. A trauma surgeon, an ER doctor and a respiratory therapist were all hands on the deck the second they saw the little boy. This set the tone for how dark the series was about to get.

Before his death on may 24th of 2013 Gabriel lived between houses. He lived with his uncle for 4 years and then moved in with his grandparents. His grandfather was opposed to a child being raised by a same sex couple and this is when Gabriel moved to live with his grandparents.Eventually Gabriel was sent back to live with his mother Pearl Fernandez and her boyfriend, Isauro Aguirre against the advice of family and friends.

Gabriel lived with his mother for 6 months before he got murdered. During these 6 months he was abused on a daily basis and used as the scapegoat to all the could ever go wrong.

Gabriel was the youngest out of three children. His brother and his sister who were minors at the time the documentary was filmed would not appear on camera, but we could hear their statements.

His siblings recollected how Gabriel would not be allowed to use the toilet and his diet consisted of cat litter. Gabriel was often sprayed with pepperspray and whenever he got bathe his parents made sure the water was ice cold.

That was not the end of the abuse. The boy was forced to sleep bound and gagged in a cupboard, he was shot in the face and groin with a BB gun, he was being burned and used as a human ashtray for cigarettes as well as being forced to wear female clothing.

His parents would often laugh in his face whenever he cried or was being abused. His step-father was convinced that Gabriel, an 8-year old boy, was homosexual. This supposedly triggered all the abuse and the eventual murder of Gabriel Fernandez.

The mother played a vital role in the series. In court she mentioned how she never wanted a third child to begin with and how she rather have the child live with her uncle. Her own family testifying against her and her boyfriend sure left a mark. In the series it is clear that Pearl Fernandez has a long history of mental health issues and trauma. It came out that she had a depressive disorder, a suspected developmental disability, possible personality disorder, and possible PTSD. However, she always said she never abused Gabriel yet everyone who knew her knew that she was the abusive one.

This is where it is very obvious that the people around Pearl should have rung the alarm bell sooner. This is not to point any fingers at anyone, but it did leave me with no faith in humanity whatsoever.

What probably left the biggest mark was the fact that Gabriel himself wrote notes to his mother. He loved his mother so much that hen often wrote notes on how he would want to kill himself and just be a good boy. The days prior to his murder Gabriel wrote his mother a note with all the things he loved about her. This part of the series showed us how a young innocent boy became the victim of his own life.

As the series evolves it turns out that the policemen who questioned Gabriel prior to his death often told him to ‘stop lying or we will throw you in jail’. This definitely struck a nerve. Feeling overwhelmed by anger and to this day it stays a mystery how grown policemen can tell a child who has bruises all over his young body to just stop lying and then continue to threaten him with jail.

Eventually in 2018 Pearl Fernandez finally pleads guilty to first-degree murder and is sentenced to 11 years in prison. Her partner Isauro Aguirre is sentenced with the death penalty.