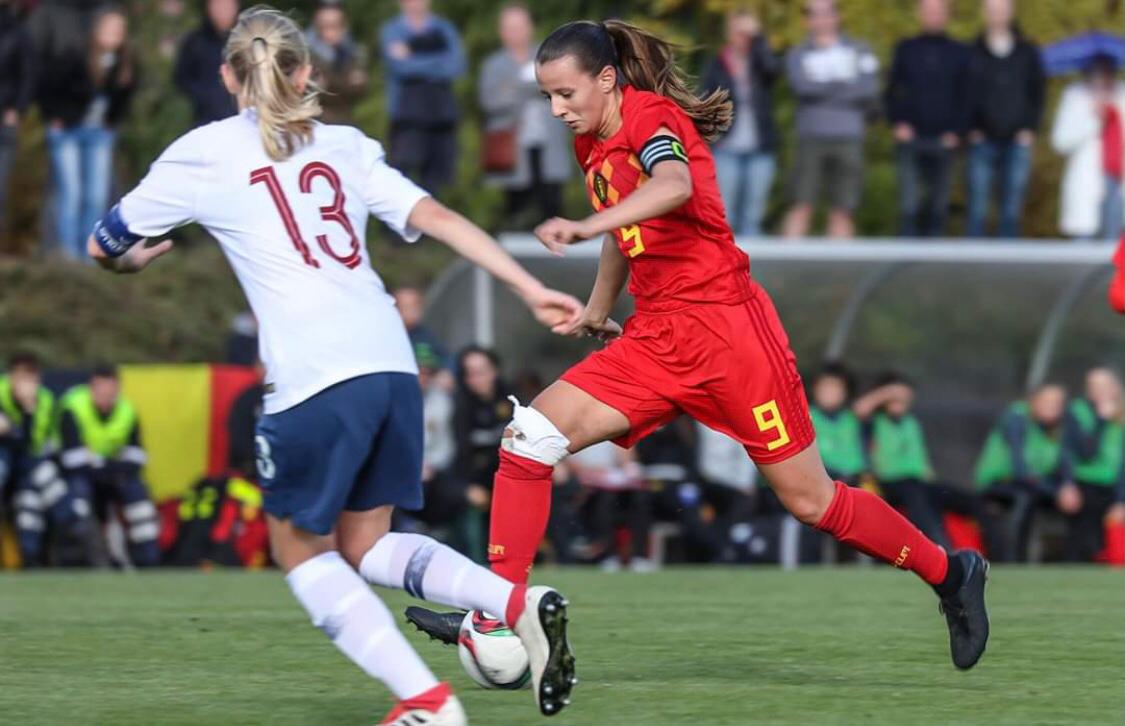 The Belgian Red Flames, the women’s national team, will play against Lithuania on the 27th of October. Since the coronavirus became an everyday life issue, also football players don’t escape from it. The men’s teams are tested weekly but the women’s teams aren’t at all. ‘Sometimes we have to pay for the test ourselves’, says Red Flame player Hannah Eurlings. ‘On the 8th of November, we will have the budget to do the tests’, adds Philippe Rosier, Health and Performance manager of the Belgian Football Association.

Almost a year ago on the 12th of November, the Red Flames won over Lithuania 6-0. They are now in a battle for the first place in their group, together with Switzerland. As they don’t have any margin to make mistakes, winning in Lithuania is a must to win the decisive game against Switzerland in their home stadium, Den Dreef in Leuven. The Flames lost the other game in Switzerland with 2-1 but everything to play for on the 1st of December. ‘I don’t think it will be an easy game tomorrow’, says Ives Serneels, coach of the Red Flames to Sporza. ‘Hopefully, we start well and score fast. In my first meeting with the team, I already mentioned that we have to come back with no less than 3 points.’

As the second wave of the corona pandemic moves along Europe, more people are being tested than six months ago. The Belgian government does not recommend to ask for a test if you don’t seem to have any of the symptoms of COVID-19. In football clubs, that is totally different. In the men first teams in Belgium, they have a weekly test to see whether they are positive or negative. As they do it frequently, players can go in quarantine if they test positive and avoid that other players will be infected as well. Those tests are fully covered by the teams and there is a total budget of 600.000 euros to pay for the test for the teams, according to Sporza.

If we want to be tested for the coronavirus as a women’s football player, we have to pay it ourselves

Serneels selected 21 players for the game against Lithuania as well as seven stand-by players. Those seven players were selected when one of the other players would get infected, they could replace them. One of the stand-by players was Hannah Eurlings, she is 17-years-old and a player of OH Leuven. She has been selected for the first time for the national team. ‘In my team, we are not tested at all because there isn’t even a budget to spend for the corona tests’, says Eurlings. ‘The competition keeps on going but there were already some positive cases, even in my team. So my teammates have been tested voluntarily.’ Not enough budget and no tests at all in women’s first teams, so if a player chooses to be tested voluntarily they have to pay it themselves which costs around 46 euros. Eurlings was lucky she was selected for the Red Flames and was tested before she went to the national team, but not all players have that luck and can be tested by the team.

Do or die in Lithuania

The Red Flames will still play the match in Lithuania as nobody tested positive. Will the decision for the first place in the ranking be made on the 1st of December and will they take the three points in Lithuania? We’ll know the answer tonight around 8 pm.

Update: The Red Flames won their game in Lithuania with 0-9. Both Tessa Wullaert and Tine De Caigny scored a hat trick.