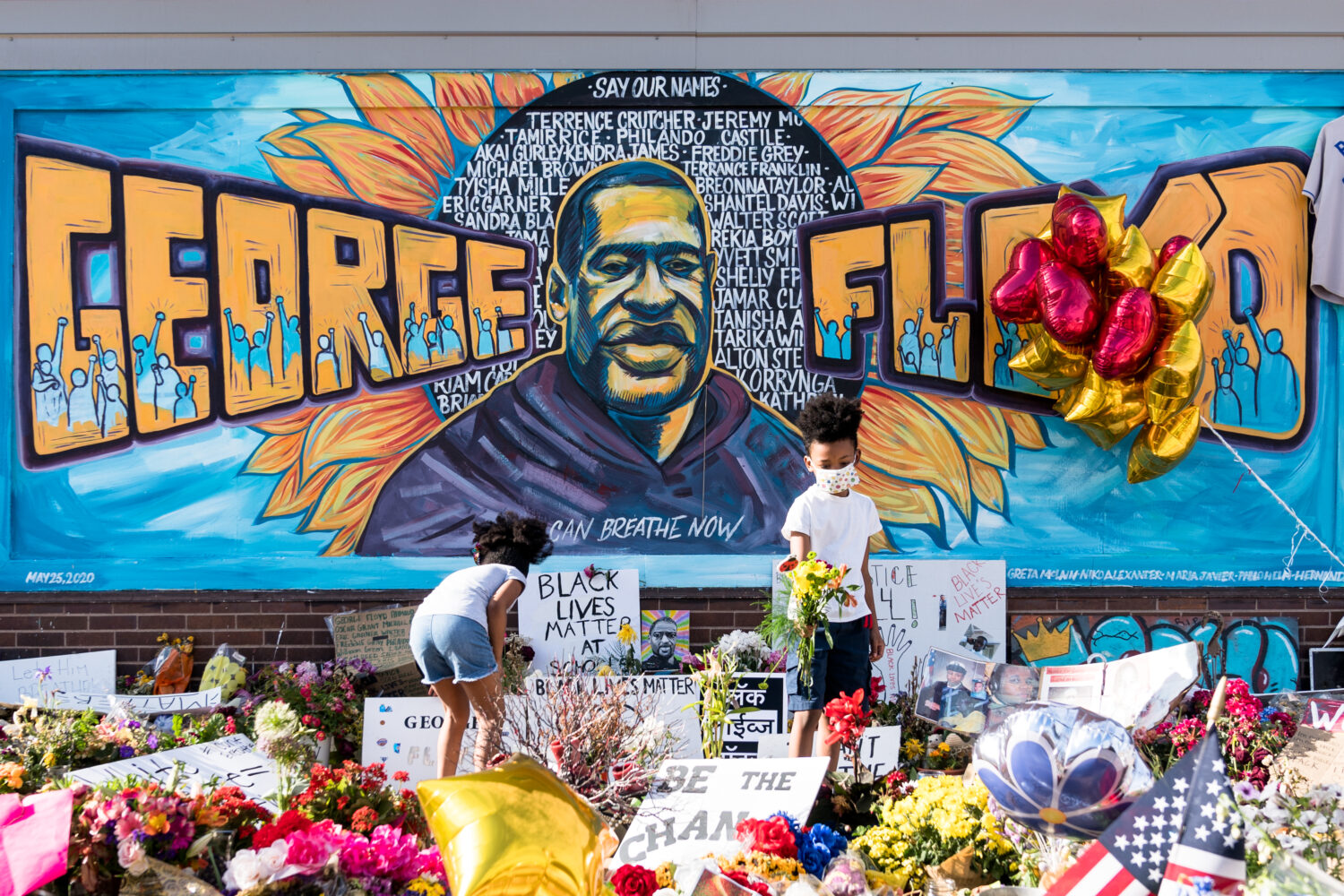 Derek Chauvin (44) who is suspected of the murder on George Floyd, is now released on bail after paying one million dollars. The ex-police officer was stuck in pre-trial detention since the 31st of May. Victoria Vande Ginste (22), a student who protested for Black Lives Matter in Bruges, is not satisfied with this: ‘It makes me angry to see that after all this effort we’ve put in this, the police officer is released so ‘easily’.’

On the 25th of May in Minneapolis, Minnesota the black American George Floyd dies after Derek Chauvin pushed his knee onto his neck for almost 9 minutes. He was filmed, kneeling on Floyd’s neck as he lost consciousness and died when arriving at the hospital. Right before this happened, the black American was stopped by police officers after they got a call from Cups Food, a grocery store. The employee of Cups Food called 911 because he thought, Floyd, paid a pack of cigarettes with a fake 20 dollar bill. The police stopped him and after pointing a gun at him, he was pushed to the ground.
Chauvin worked for more than 18 years for the Minneapolis Police Department. He would be accused of murder but after paying one million dollars he is now released on bail. The death of the Afro-American caused a lot of protests of the Black Lives Matter movements all over the world against racism and police violence.

Also in Bruges where the Black Lives Matter protest was forbidden in the first place, there was still a peaceful protest in honour of George Floyd. One of the attendances, Victoria Vande Ginste, student and supporter of Black Lives Matter, finds that she did a nice job together with the movement. ‘I think we really created awareness all around Belgium and for me, that is the most beautiful part of what happened after Floyd’s death. People are more aware of what’s happening in the black community and know that racism is already going on for a long time.’

Together with Victoria, Mercy Retchmedina doesn’t give up and says that she will keep on fighting but feels the pain after Chauvin’s release. ‘It feels very painful to see that Derek Chauvin is released so quickly. It again shows the white privilege and the incorrectness of the American justice system. There will never be justice for Floyd but the protests were not held for nothing’, says Mercy, ‘the Black Lives Matter protesters let their voices hear about racism and we reached people, whom we otherwise were never going to reach’, she continues.

JUST IN: Ex-police officer Derek Chauvin, charged in the murder of #GeorgeFloyd, was released from custody after posting $1M bond.

According to CNN, Derek Chauvin and George Floyd even worked together for a couple of years in the nightclub El Nuevo Rodeo in Minneapolis. For almost 17 years Chauvin worked as an off-duty police officer and Floyd as an extra security guard. ‘They would have crossed paths during their working night but it is not known if they really knew each other’, says Maya Santamaria, the owner of the venue to CNN. After a couple of months, Santamaria even closed her venue.

Yesterday night on the 7th of October, the protests relived again in Minneapolis. Near Floyd’s memorial stone and the police station, many people came together and later on the police had to arrest certain protesters after they had been asked to leave. How it will evolve and if we will see another wave of worldwide protests is still unclear.