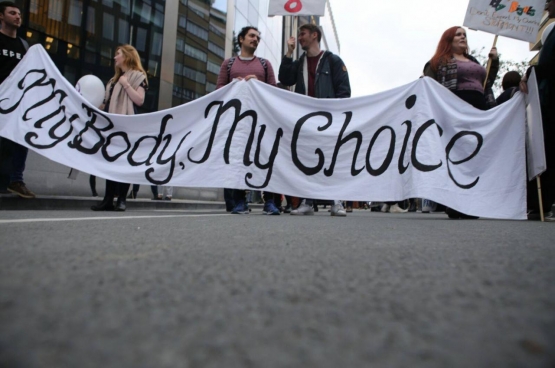 Will the abortion term ever be extended in Belgium? Before the new federal government was formed, this discussion was topical. The liberal party, as well as the socialist and the green party, agreed that the abortion term of 12 weeks should be extended to 18 weeks. Today, this discussion is slowly fading, even though all the mentioned political parties are currently active in the government. It seems that they have forgotten about their own proposal. Too bad, because extending the term will benefit women for multiple reasons.

The abortion debate specifically was about whether Belgium should extend the abortion term. This extension means: allowing women to have an abortion up to 18 weeks of pregnancy instead of 12, as well as taking down the 6 days of the reflection period to 2 days, or 48 hours. This extension should be a woman’s right, and it will give women more individual freedom and self-determination.

Women want to request an abortion because they got pregnant against their will. They might want to have children at some point, but not when they’re not ready for it. For example: when they are still studying, not financially stable, or just mentally not in a good place. I am someone who never wants children, and an increasing number of women have the same wish. When I would get pregnant, having an abortion is the only way to prevent having a life I don’t want.

One of the reasons that women don’t notice their pregnancy, which is important to have an abortion in time, is because they don’t experience the most common symptom: missed periods. This can happen because 20% of women have an unstable menstruation cycle, meaning that these women don’t menstruate every 28 days. This can result in not noticing that they’re pregnant from early on, or before 12 weeks.

If you don’t have any symptoms, and you want to know whether you’re pregnant, you can take a pregnancy test, which costs 5-15 euros. Early predictors should tell you, before your menstruation starts, whether you are positive or negative. These tests aren’t always 100% correct. Wiam, feminist and Instagram content creator, mentions this in an Instagram video where she talks about her abortion. She did two early pregnancy tests, which were both negative. Luckily, she took the 3rd test. Otherwise she might not have known she was pregnant before the term of 12 weeks. As long as these predictors aren’t 100% correct, we can’t blame women for not knowing they are pregnant against their will.

Fortunately, most women notice their pregnancies before the term of 12 weeks. Looking at the Netherlands, a country where the legal term for abortion is 24 weeks, we can see that most abortions still happen before the first semester. The exact amount is 82%. Abortions in the second semester of pregnancy contain 18 percent. What I’m trying to say is: the world is not going to look dramatically different when this smaller number of women want to end their pregnancy a few weeks after the first semester.

Today, women can’t request an abortion in Belgium after 12 weeks, the only solution would be having an unwanted baby, adoption, or abortion in The Netherlands. These solutions can be horrible. And the last option does not take into account the cost of the procedure. It’s discriminatory not to provide a safe option for especially vulnerable women. Abortions in Belgium cost €4 when you are insured by a health insurance service. In the Netherlands, you will have to count up to €950 to terminate your pregnancy.

Having an abortion is very hard, women don’t choose to do this because they are bored and want to make their life more exciting. Not extending the term can end in disasters for women. They might be so helpless, that they try to abort their own baby. Implementing this extension isn’t more dangerous or ‘unethical’, it is unethical and dangerous to choose that women can’t have an abortion after the current 12-week term.