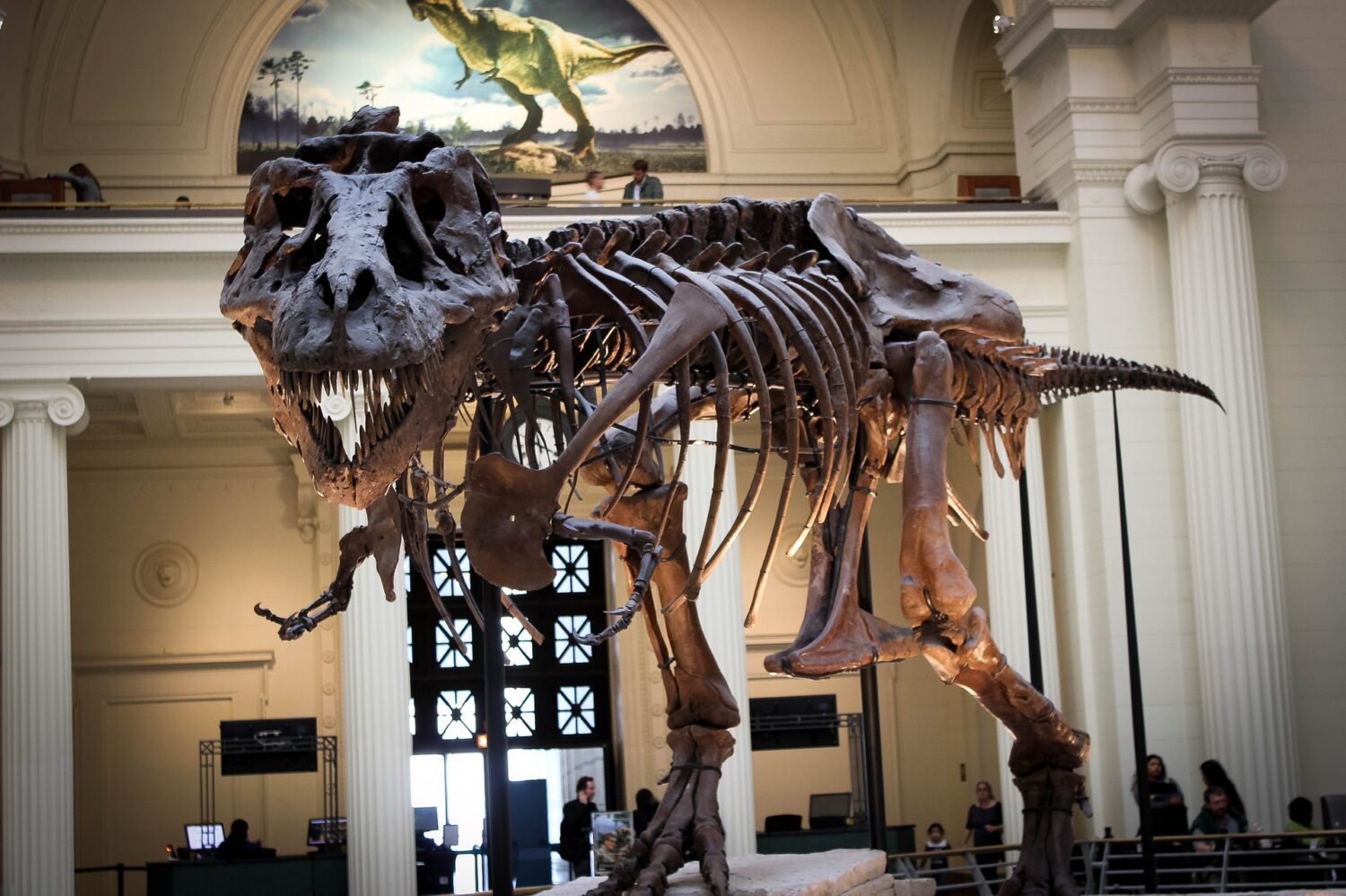 For 7 euros you can go and see a replica of Stan, the original skeleton was used as a mould to make this one, in the Royal Belgian Institute of Natural Sciences in Brussels. But Tuesday night a skeleton of a Tyrannosaurus rex, called Stan, was sold at auction by Christie’s in New York for no less than 28 million euros, making it the most expensive dinosaur fossil ever sold. He was named after Stan Sacrison, the American amateur paleontologist who discovered him.

A lot of museums were hoping to acquire the skeleton for their collection but Stan got a different destination. He was bought by an anonymous private bidder. Dinosaur fossils and skeletons are becoming more and more of an investment for wealthy private owners. The commercialization of paleontology has been going on for quite some time. Dinosaurs skeletons can even be found in some homes and businesses. The negative side-effect is that the fossils aren’t available for the public.

Stijn Pardon, audiovisual expert in the Royal Belgian Institute of Natural Sciences thinks about another disadvantage of the interference of the private sector. ‘There is a trend for paleontologists or “bonehunters” to excavate for financiers. Whether it is a museum or a private owner, those people don’t really care. The skeletons or fossils are then sold at the risk of not being thoroughly reconstructed.’

In 1997 a T. Rex named Sue was auctioned for 7.1 million euros. The Field Museum in Chicago was able to acquire the skeleton for their collection thanks to a collaboration with some big companies and individual donors. The fact that the price was this high feared a lot museums. They worried that they wouldn’t longer be able to buy and exhibit fossils and skeletons. The sale of Stan, more than 20 years later, confirmed these fears.

Stijn Pardon states that there might be some advantages of the big budget. ‘Because money is involved, there is some kind of industry around that palaeontological and archaeological research. One advantage is that in this way it may be possible to dig and drill in places that are not accessible to museums. We simply do not have the funds for that.’

The trend of private investors buying pieces at huge prices is nothing new for the artworld. In 1990 Ryoei Saito, a Japanese businessman, bought a famous work of van Gogh named Portrait of Dr Gachet. He acquired the work at an auction at Christie’s in New York. He payed 70 million euros for the painting. At that moment it was the highest ever total paid for a painting at auction. Later on Saito said that if he was to die, Dr Gachet should be cremated with him. Saito died in 1996 and the painting hasn’t been seen since.

This is just one of many examples where a private investor denies the right to the public to see and enjoy these artworks, similar to what happened to Stan.