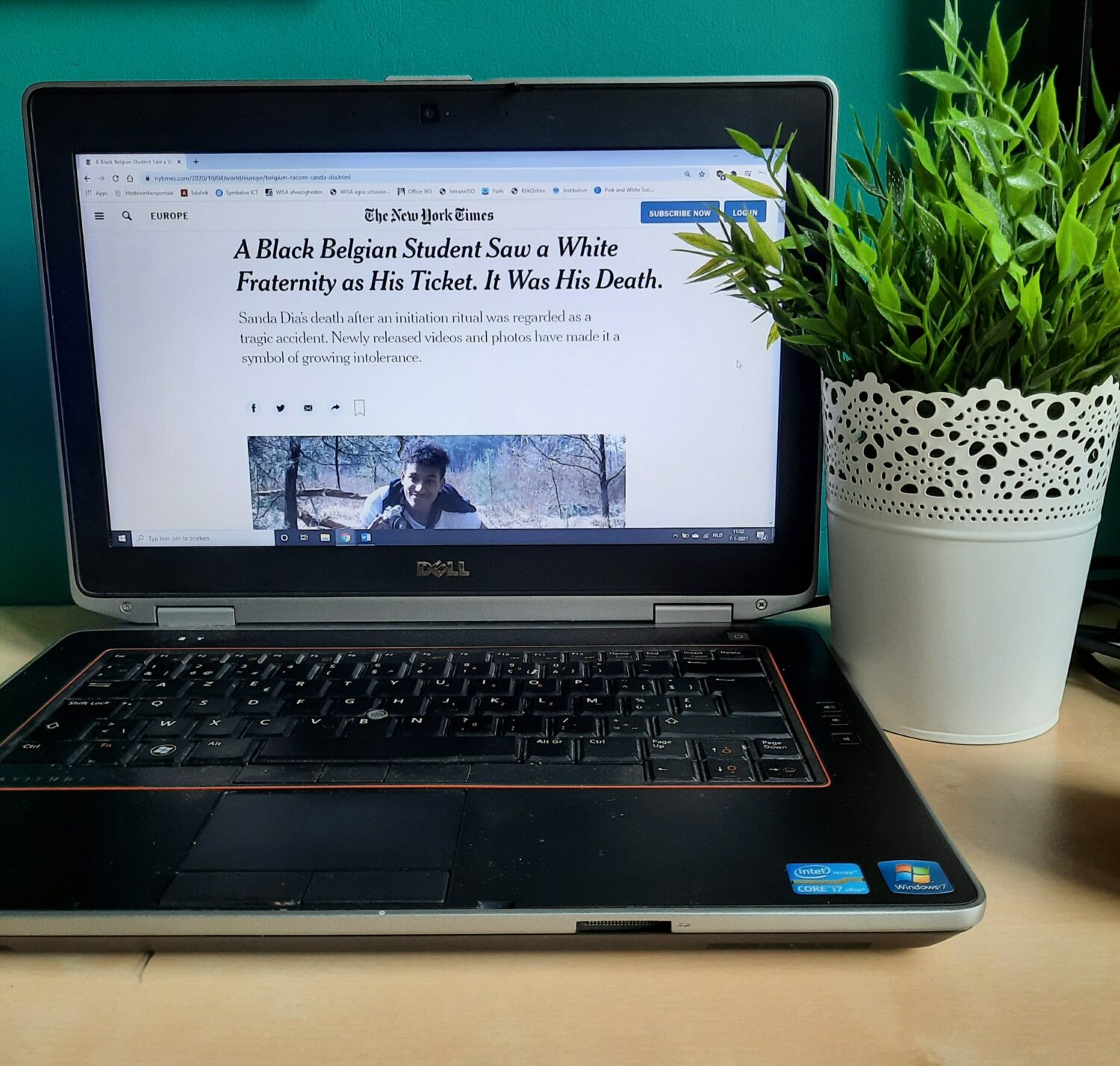 “A Black Belgian Student Saw a White Fraternity as His Ticket. It Was His Death.” was the title the New York Times chose to write about the tragedy that happened in Flanders, Belgium. Sanda Dia, a Belgian student who died at an initiation ritual at his fraternity, has not gone unnoticed in the United States. The article itself could be found on October 4th, online and on the front page of the printed version.

The New York Times, American newspaper with worldwide influence and leadership, picks up the news, mentioning that it is a ‘symbol of growing intolerance’. Sanda Dia, a 20-year old black student at one of the most prestigious universities in Belgium, died because of multiple organ failure after a hazing ritual.

The article describes the fraternity called ‘Reuzegom’ as “home to the scions of Antwerp’s white elites.” ‘Shocking’ is the word the newspaper uses to talk about the hazing ritual, also called ‘baptism’ in Belgium. Sanda’s Dia’s dad is also given a voice in the article, saying “They thought, ‘He’s just some Black guy.’”

The details of Sanda Dia’s death have forced Belgium’s Dutch-speaking region, Flanders, to confront rising racism and xenophobia, even at such renowned universities https://t.co/Pnr8qTVdUQ