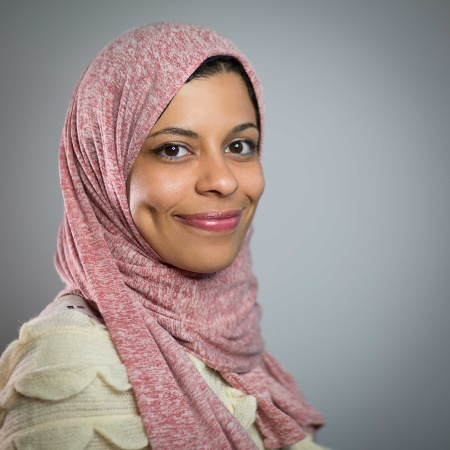 Marwa EIDiwiny, a doctoral researcher in robotics at the VUB (Vrije Universiteit Brussel), is officially on the 30 Women in Robotics You Need to Know About list. This list is published by Robohub, a non-profit online communication platform that brings together experts in robotics. The engineer and scientist is perfectly able to stand her ground, in what we think is a man dominated industry. In fact, she has left her mark in several countries in the world.

EIDiwiny, 29 and born in Bahrein, has quite some experience to say the least. She has worked as a research engineer at Inria-Lille Nord Europe in France, as a research scientist at the Tartu Institute of Technology in Estonia and she was a participant of the Mechatronics and Industrial Programme at the University of Minia, in Egypt. The last one is a programme which prepares you for an entry-level position as an industrial maintenance technician.

Apart from that, EIDiwiny hosts the IEEE RAS Soft Robotics Podcast. A podcast that is dedicated to the soft robotics community and audience who are interested in soft robotics technology.

To model and simulate self-healing materials for robotics is EIDiwiny’s main focus of her research. ‘Humans and animals are able to ‘repair’ themselves. Think of a snake. When a snake gets cut for example, there is a self-healing mechanism that will make sure the wound will heal. Same for people’, EIDiwiny explains. ‘Robotics on the other hand, are often made of hard and solid materials. With the research I am doing, I try to model and simulate softer self-healing materials for the robotics. The soft material is one thing, but they are more fragile and delicate so it is important that they can become self-healing.’

According to Robohub it is necessary to honour women in this industry: ‘We publish this list because the lack of visibility of women in robotics leads to the unconscious perception that women aren’t making newsworthy contributions.’

EIDiwiny agrees that it is definitely a man dominated area that she works in. The engineer herself makes no distinction based on gender. ‘I personally don’t look at people’s gender. It is the people’s personality that I take into account. However, the other way around is often a whole different story. In this man dominated industry, I sometimes feel like the men don’t like it when women come up with a better idea. I sometimes think they might feel a bit ‘threatened’ by us women.’

Apart from the science and engineering part of her job, Marwa EIDiwiny would like for her podcast to grow. ‘I hope to educate more people about robotics in the future.’