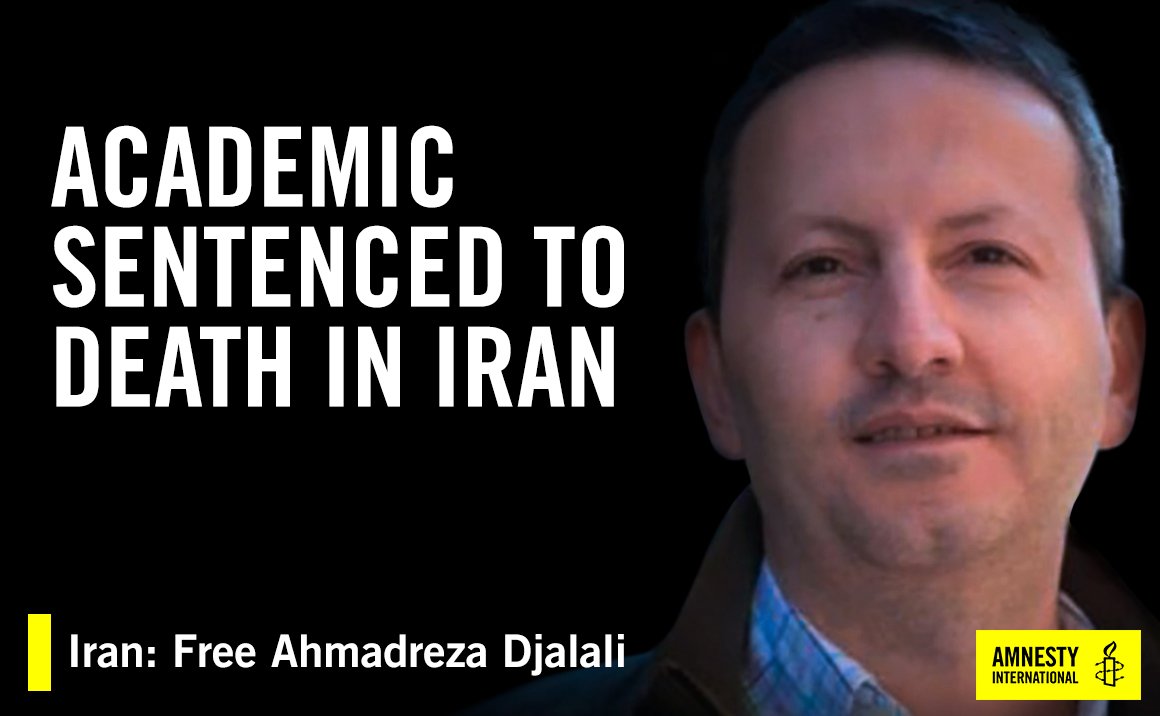 The Iranian-Swedish emergency doctor Ahmadreza Djalali, who is incarcerated in Iran, can count on a great deal of international support. There have already been several support campaigns by Amnesty International and the Free University of Brussels, where he was a guest speaker. Now that the execution is feared to be imminent, the international political community is also increasing the pressure on Iran.

Djalali has been imprisoned in Iran since April 2016. He is accused of espionage and the murder of two Iranian nuclear scientists. After a mock trial he was sentenced to death. The many international initiatives for his immediate release have not been successful in recent years. Iran still refuses any concessions.

Professor Djalali is a classic example of a prison of conscience, of which there are many in Iran. A prisoner of conscience is someone who is imprisoned because he or she is different or thinks differently than the authorities think. Lore Van Welden, press officer for Amnesty International, explains the case of Djalali. ‘During his working visit to Iran in 2016, the professor was asked by the Iranian authorities to spy on other Iranian citizens in Europe. He refused because he had a conscience problem with this. He was then charged with all sorts of things of which there was never any evidence. at the mock trial he was finally sentenced to death’.

According to Amnesty International, Djalali telephoned his wife, Vida Mehrannia, yesterday to say goodbye. He said he would be placed in isolation in a prison in the city of Karaj. This is often seen as the last step before a prisoner is executed. There is a possibility that Iran is trying to put even more pressure on Professor Djalali in this way but these are just speculations. Professor Gerlant van Berlaer, a colleague of Djalali and emergency doctor at the UZ Brussel, explains in press release: ‘It is possible that this is a manoeuvre by Iran to put pressure on him, following the trial of the foiled attack that is about to start, but unfortunately it is very possible that he is also in imminent danger of execution.’

Now that the fear of execution is growing, outside pressure is being increased, even though Iran has not reacted to it in previous attempts. Belgian Foreign Minister Sophie Wilmès and Swedish Foreign Minister Ann Linde have urged the release of Djalali. This is also part of Amnesty International’s strategy. We do more than just write letters. We also exert pressure behind the scenes by collaborating with organizations such as the United Nations and the governments of Western countries. In this case, we have all these institutions with us’. Thus van Welden.

Citizens can also take action. Van Welden clarifies: ‘We call for the news to be shared online as much as possible. People can also send an e-mail to the Ambassador of Iran, an example of which is available on our website, in order to put even more pressure on the authorities’.