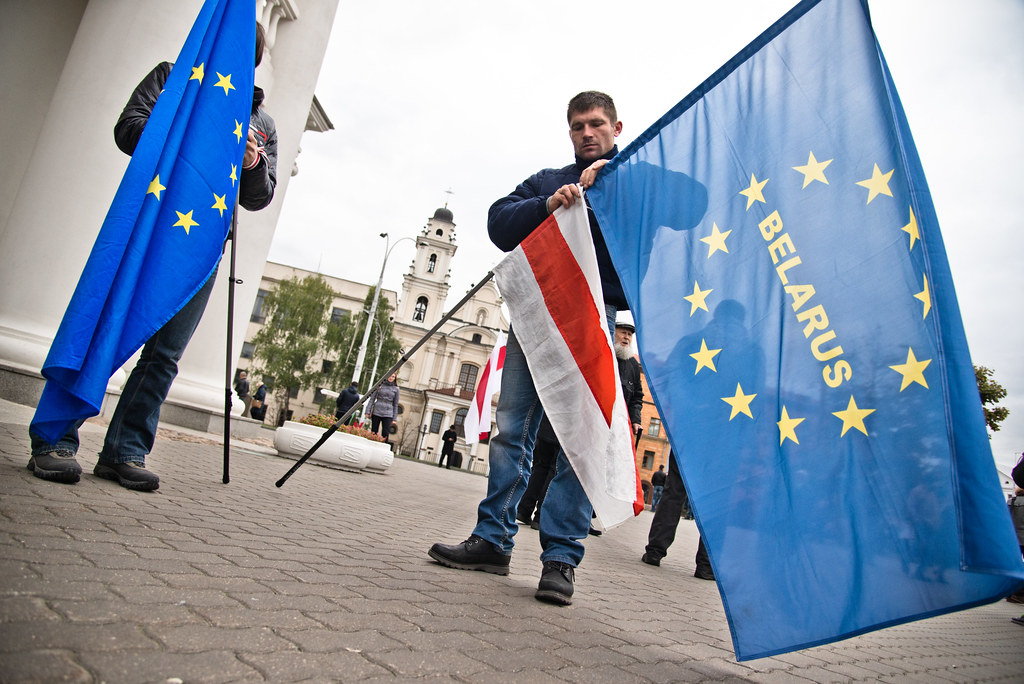 The independent Belarusian media TUT.BY showed resilience when the news about its suspension was released on September 30. The former media corporation continues to fight for the freedom of the Belarusian people by covering all events, related to protests against the dictatorial regime. We decided to talk to the editor-in-chief of the political and economic news block at TUT.BY Olga Loyko, who is an eyewitness of what is happening in Belarus. 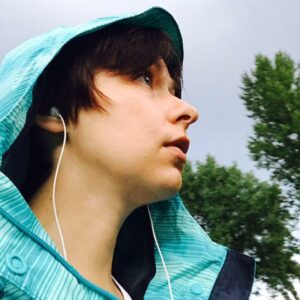 What changed when the Ministry of Information of Belarus suspended TUT.BY? How did this affect your work and the work of the media in general?

‘We lost the media status that used to allow us to safely work on unauthorized protests. Our website is not blocked – we still support our readers by reporting on protests. However, none of the media, none of the journalists, accredited or not, can work on these protests safely. At the protest, last Sunday in the Belarusian capital Minsk, among the detainees were both accredited and non-accredited journalists, and they were all arrested on the grounds of “Disobedience to the lawful demands of police officers”.

The current authorities are trying to squeeze us out of the legal field – to make us lawbreakers. However, we do not give up and continue to work.’

Does the loss of the media status also affect the advertising contracts and the salaries?

‘Advertising revenue is affected by the general state of the country. I do not know the numbers yet, because not even a month has passed. But when people are beaten on the street, it is difficult to invest in advertising and promotion. Instagram has ceased to be a platform for advertising. Many state media have suffered as well. Major projects have also failed and budgets have been canceled. Now people do not need most of what advertising has to offer, and projects become irrelevant. Besides, the coronavirus is leading to the closure of businesses.

We lost our status as media but we did not lose the people’s trust. Therefore, we continue to work as usual. If there are any changes, they are related to the general situation in the country, with the coronavirus, with ongoing protests, with a lack of dialogue.’

In 2013, a massive protest in the center of Kyiv led to a change of government in Ukraine. Do you think these protests have the same power?

‘It is clear that all protests, when they involve a sufficiently large number of people, are somewhat similar. Therefore, there are probably some common features of the Maidan protests in Kyiv. Nevertheless, I do not think that Belarus is the second Maidan. The key difference is the decentralization of protests in Belarus. We do not have a leader now – almost all the so-called leaders are now in prison. Protests take place spontaneously. They arise pointwise, in different places. There is no one platform or place in Belarus where people could gather and express their opinion.’

However, the protesters, wherever they gather, are large enough to be heard. What or who, besides the incumbent president, is preventing them from winning?

‘In Ukraine, the elite supported the people. Our elite is more loyal, more monolithic. Any dissent in elite circles leads to the fact that a person is “deleted from the list”. We cannot have a situation when the mayor of Minsk supports the protesters. This is simply not possible. These are all positions appointed by the president. Therefore, there are only loyal people. Any disloyalty is an immediate resignation.’

What other differences from the Maidan do you consider the most significant?

‘We do not have protests in the form of riots – the protesters did not break anything. Last night, they allegedly threw a Molotov cocktail on the territory of the police department. However, it is not yet clear who did it. It could be a provocation. To be honest, in two months of protests, one Molotov cocktail is not very similar to mass riots.’

During the Maidan and after the change of the Ukrainian government, the country continues to head towards Europe. The Ukrainian authorities consider Russia an aggressor. Does the Belarusian opposition have similar ideas?

‘We do not have a common ideology. All protests are protests against the current president, but there is no common anti-Russian or pro-European rhetoric. This is all outside the brackets. Some are pro-Russia and others are more inclined to trust the European Union. However, they all ended up on the same side.’

How can you win without an idea, without ideology?

‘We would like to decide on the ideology later, electing the president in free elections. So far, representatives of different ideologies were surprisingly able to find themselves together and the protesters did not split.’

In the meantime, Europe continues the line of sanctions against the leadership of the Republic. Even the leader himself would be subject to sanctions. What is your attitude to the European policy towards the current Belarusian leadership?

‘I would not say that the sanctions would seriously violate the interests of the current leaders. However, there should be reputational damage. People need to understand that these leaders are not worth working with. As far as I know, businesses had problems when they ended up on the lists. They had reputational problems and there were bans on contacts, which led to the disruption of projects. In my opinion, this measure is not very effective, but indicative.’

Do you have a feeling that Europe supports you?

‘This is an internal matter of Belarus. How can Europe support us? Europe offered itself as a mediator. We appreciated that. The fact that Merkel tried to get in touch with Lukashenko is quite serious help in mediation. Europe accepts people who are forced to leave Belarus for political reasons. Europe issues humanitarian visas. What other help can we expect? Should we start calling Putin to solve our problems? Do not make me laugh! We do not need such assistance from Europe nor Russia. I hope we will be able to figure out our problems ourselves. For now, I believe that we have internal resources to resolve this issue without any direct assistance, especially force.’