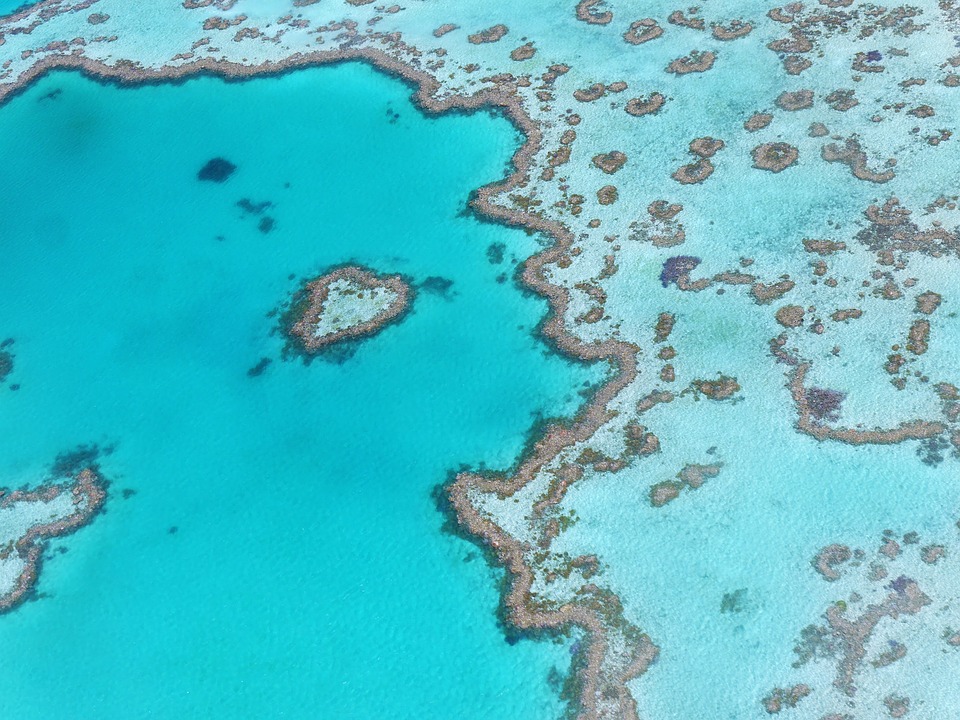 The Great Barrier Reef is officially in critical condition. This was stated by the International Union for Conservation of Nature, a consultative body for UNESCO, in a report published on 10 November. By doing so the IUCN named climate change the greatest threat to the Australian natural wonder.

The Great Barrier Reef is the largest coral reef in the world, it is about 2,300 kilometres long and is located northeast of mainland Australia. The reef is home to more than 1,500 species of fish and about 400 types of coral. It has been a UNESCO World Heritage Site for almost 40 years.

The main reason why the IUCN took this decision is the continuing coral bleaching. When coral bleaching occurs, the corals lose their bright colours and eventually turn completely white. Coral has its colours thanks to a collaboration with microscopic algae. If the conditions are not favourable, if the water gets too hot for example, the coral repels the algae and loses its colour. If the conditions do not improve again in time, the coral dies definitively. At the moment the temperature of the seawater is still rising, it does not seem that this will change immediately.

Professor Ann Vanreusel, head of the research group Marine Biology of Ghent University, explains. ‘Coral bleaching is a completely natural process. In normal circumstances it occurs in a cycle of 10 years. The problem with global warming is that the most important link in this cycle disappears, the recovery period.  Without this period a lot of corals are dying and will die. Because the water stays so warm, the corals continue to repel the algae.’

The moment the report was published was a well-considered decision of the IUCN. Besides global warming, mass tourism is also a factor that plays a role in the threat to the reef. Now that the corona measures are being softened in Australia, the IUCN hopes that tourism will be better regulated than before.

Professor Vanreusel fully agrees with the decision of the IUCN. ‘Tourism also undoubtedly plays a role in the story that should not be underestimated. Mass tourism practically always comes together with disastrous consequences for wildlife areas. Some estimates are very dramatic. They assume that within this and 50 years there will no longer be any coral reefs on earth. In that sense, I think it’s a very justified decision to sound the alarm now. ’

All is not lost

The report of the IUCN is very alarming. However, it is not a death sentence. The IUCN publishes this report primarily to protect and save the natural wonders it contains. Professor Vanreusel concludes with a hopeful message. ‘We know that a lot of ecosystems can recover relatively quickly when they are given the chance. If we all choose a more eco-conscious existence together now, hope is not yet lost. Not even for the Great Barrier Reef.’