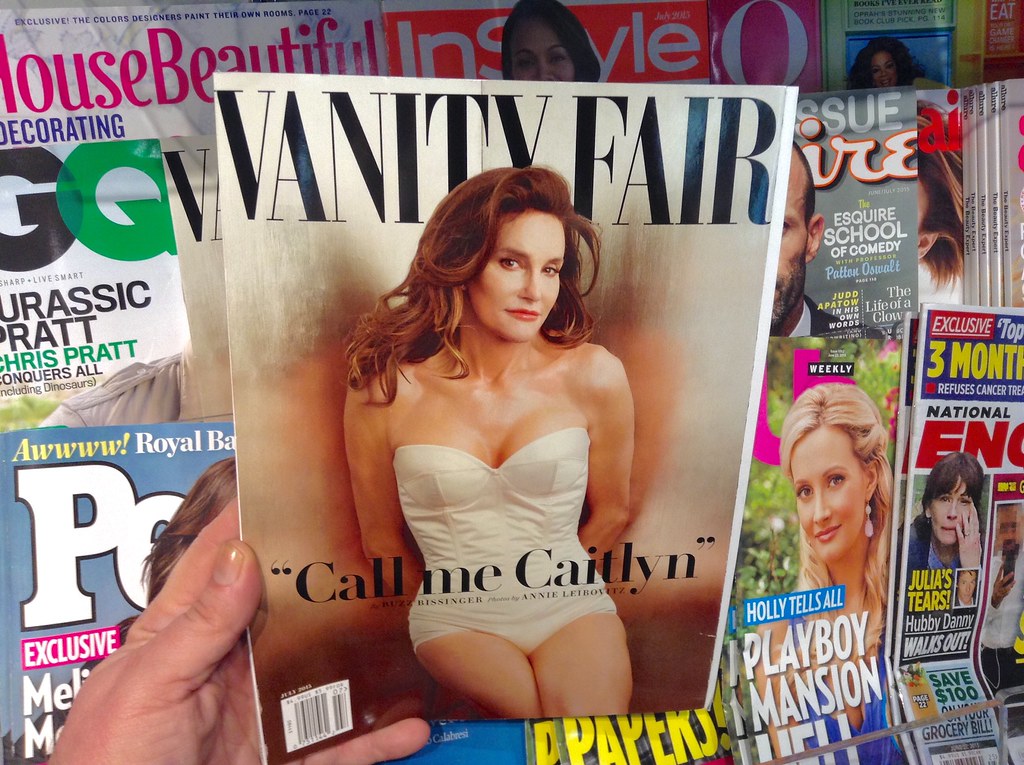 Actor Elliot Page, formerly known as Ellen Page (Juno, Inception, and X-Men) came out as a transgender person on the first of December 2020 on his Twitter page. In his personal statement, Page also called for attention to abuse and violence against transgender people.

Recently, public figures have opened up about their gender identity and sexual orientation more and more often. Their main goal is to show that the stars are people just like you and me. Besides, many of them claimed that coming out is another way to prove to viewers, critics, and fans that on-screen characters have nothing in common with real people. We decided to recall the loudest coming-outs in the 20 – 21 centuries, paving the way for today’s role models.

The legendary musician was one of the first celebrities to admit his homosexuality. Elton John came out in 1976 during an interview with Rolling Stone magazine. After the coming-out, the artist’s album sales declined as the press and fans judged him. The audience’s reaction became a real shock for the singer, who got addicted to alcohol and drugs. Canadian film director David Furnish became a lifeline for Elton – he helped the singer get rid of bad habits. Today, Elton John is happily married to Furnish. The couple has two children born by a surrogate mother.

British actor Ian McKellen (wizard Gandalf from “The Lord of the Rings”) publicly admitted his sexuality in 1988 when he was giving an interview on the BBC, during which he heard criticism of same-sex couples. The actor was 49 years old. Two years later, he became one of the first gay men who was awarded the knighthood. McKellen now actively supports LGBTQI+ festivals and parades both in the UK and around the world.

The British comedian, best known for his role in the TV series “Jeeves and Wooster”, spoke about his homosexuality at the age of 40, when he released his autobiography. In 2015, the actor married stand-up comedian Elliot Spencer, who is 30 years younger than he is. Fry advocates for the rights of sexual minorities. In the famous film “V for Vendetta”, Stephen plays a character who lives in a totalitarian society and has to hide his gay orientation.

Designer and filmmaker Tom Ford, one of the most handsome men in the world according to People magazine, came out in an interview with The Advocate magazine. Tom Ford is now married to journalist Richard Buckley. Lovers talk about each other with great warmth. Together they went through a lot. For many years, Tom Ford helped his spouse to defeat throat cancer. In 2012, the couple adopted a boy whom they named Alexander John Buckley Ford.

The American human rights activist spoke about her homosexual orientation in an interview with “Out” magazine in 1997. At that time, Davis was 53 years old. As an active fighter for the rights of women and prisoners, Angela Davis visited the Soviet Union, where she went to the camp of political prisoners’ wives, where she got a tattoo “I will be proud and enjoy myself!” Angela Davis is now a Professor of Mind Development and Feminist Studies at the University of California, Santa Cruz.

The cult single “Jesus to a Child”, created by George Michael in 1994, was dedicated to his late beloved Felipe. The song immediately climbed to the top of the British charts and was later included on the album called “Older”. This melancholic album contained many allusions to Michael’s sexual orientation. Coming out for the star was mandatory. George Michael confessed to his homosexuality amid a statement to a police officer who accused him of sexual harassment in a public toilet. The scandalous coming out in 1998 made the singer even more popular.

On March 29, 2010, singer Ricky Martin admitted his homosexuality on his official website in two languages: Spanish and English. He added that he was very lucky to be who he was. Later, the singer admitted that his two sons inspired him to come out. Now, Ricky is happily married to the Syrian-born London artist Jwan Yusef. Before the wedding, they were dating for about two years.

In 1993, actress Jodie Foster, famous for her leading role in “The Silence of the Lambs”, met on the set with producer Sidney Bernard. The relationship between the two women lasted fifteen years. The two-time Academy Award winner came out in 2013, when she was 44. She openly declared her lesbian orientation at the Golden Globes, prompting tears and applause from the celebrity guests. In 2014, the star married photographer and actress Alexandra Hedison.

Apple CEO Tim Cook admitted to being gay in a column on Bloomberg Businessweek in 2014. Cook wrote that throughout his work he tried to maintain confidentiality and not draw attention to himself. However, he later realized that his desire to keep his privacy kept him away from “something more important.” Tim Cook said that if his coming out can help, comfort, or inspire people to insist on equality, then it is worth the compromise with his personal life.

Cara Delevingne is one of the most famous models, and recently quite a popular actress. In 2014, Kara admitted that she is bisexual and gender fluid. The latter means that she does not constantly identify herself with the same sex. The supermodel was previously in a relationship with Jake Bugg and Harry Styles, but the real sensation was Cara’s romantic affair with Michelle Rodriguez. Today Cara is one of the most prominent celebrity activists. The model supported the Black Lives Matter movement.

The American singer came out when she was 22 years old. In an interview with Elle magazine, Cyrus said that as a child she realized that she was different from heterosexual people, but for a long time could not understand her identity. Today she positions herself as a pansexual – she builds relationships with others, regardless of their gender or orientation. The singer admitted that it never mattered to her whether a person is a man or a woman. In 2014, Miley Cyrus founded the Happy Hippie Foundation, which helps LGBT teenagers.

Former American athlete Bruce Jenner, second husband of Kris Jenner and stepfather of Kim Kardashian came out when he was 65 years old. As Caitlin admitted to ABC in an interview in 2015, Bruce began to feel like a woman back in the 80s. He changed into women’s clothing, later began to take hormones, but almost immediately stopped. At 60 years old, Bruce firmly decided that he could not continue to be a man until the end of his days. The hashtag #callmecaitlyn and the Vanity Fair photoshoot is a huge achievement for one person, able to draw public attention to transgender people and their problems.