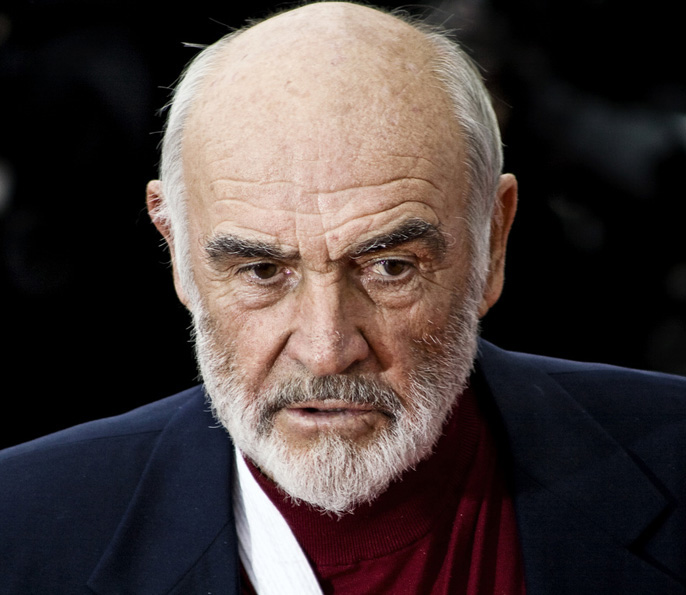 The famous Scottish actor, Sir Sean Connery has died aged 90. The man who embodied James Bond seven times passed away due to heart failure because of pneumonia. He already camped with Alzheimer’s for a long time and peacefully went to sleep according to his widow Micheline Roquebrune (91). How did Sean Connery make it to be the first James Bond and what was his childhood like? An overview.

Sean Connery gave birth to the first James Bond and brought the role of Bond to the big screen. His first appearance in the British spy-franchise, Dr. No in 1962, would make him one of the most iconic James Bond characters ever. Even up until now.  Of all the actors, who played Agent 007, none of them played Bond as fascinating as he did. Although he could have stopped acting after his seven celebrated Bond films, Connery was just at the beginning of his major success in Hollywood and Great Britain. The suave and humoristic character Bond was, had a lot of success among the general public. Bond made him famous and rich, on the other hand, he didn’t become an actor at once.

No bigger difference between the wonderful villa, in which Connery was living, in Lyford Cay in the Bahamas and the tiny house where he spent his childhood. Connery was the son of a poor Scottish family, living in Edinburgh. His father was a blue-collar worker and his mother earned her wages as a cleaning lady. To make ends meet, Connery already had to start working as a six-year-old child. Most of the time he did some small jobs, to help someone out. After he aged a bit more, the list of jobs he had done, became larger and larger. The 13-years-old Scottish actor quit school and started working as a milkman to make a living. During his full-time job, he drove around with a milk cart and one year later he met a female military. She influenced him to start working in the army and so he did. When Connery was 16-years-old, he was dreaming of a better life than he had just by driving with a milk cart. The army was the perfect escape route to get away from his, until then, miserable childhood and joined the Royal Navy as a mariner. To emphasise the cliché of a mariner, he got a tattoo done on his forearm which is nowadays modern and artistic but in the past, it was seen as marginal. A sign which divided you immediately to the lower class in England because the English class society was still a fact. Although Sean Connery did a lot of jobs and grew up in sometimes poor conditions, he never lost track of his roots. His tattoos made that clear because he had a bird tattooed with Mum and Dad in his beak and a bleeding heart with the text Scotland Forever.

With his length of 1.88m, he immediately caught the eye of the audience. He trained as a bodybuilder in his twenties. He posed for artists because he had the body to do it. Nowadays, no one is surprised when young men are walking around without a T-shirt but in the 50s, a muscled body was most of the time linked to a marginal person. A muscled body proofed that you grew up in a lower-class society. Connery was good at bodybuilding. In 1953, he participated in the Mister Universe election. Later on, Arnold Schwarzenegger – the Austrian actor – would win this election a couple of times. The Scotsman was so strong that some members of the Valdor gang – an infamous and dangerous gang from Edinburgh – harassed him. He beat all six of them to the ground, so his trainings eventually did pay off.

His physical presence made it possible to be the man in the spotlight. Some gave Connery the advice – when he was working as a stagehand in theatre – to do a musical audition. That was the fuse to light the fire. He started following acting classes and studied play classics. The former milkman had found his calling. Slowly but surely, his filmography continuously became bigger and bigger. His patriotism caused him he never hide where he came from. Regardless of the nationality or origin of the characters he played, they would always have that Scottish accent.

After 10 years of hard work as an actor in theatre, Connery was asked to play James Bond in its first movie Dr. No in 1962. As we know, Bond is one of the biggest franchises in film history and Connery set the standard for its character but Connery was very close to choosing another franchise. Lennert Hoozee (20) is a huge fan of James Bond and especially of Sean Connery. ‘Luckily, he chose for the man with the gun’, says Hoozee. ‘At that time, Sean Connery was also asked to play Gandalf in Lord of The Rings. He would have earned 10 million dollars for each movie but he read all the books and the scenario for the movie and wasn’t convinced at all. He said that he couldn’t relate to the character of Gandalf. It was not his type of acting. As you look back to all the other films he played in, they lean more towards playing the man with the gun, mysterious stories. So I think he made the right choice. I don’t think he would have fit in the costume of the wizard Gandalf’, says Hoozee.

He denied to play Gandalf but excelled in his first James Bond appearance Dr. No. Although Ian Fleming, the writer of the books, wasn’t convinced with Sean Connery as 007. According to him, Bond had to be a gentleman, cold-blooded with a license to kill. That was anything but Connery, according to the writer, as you know that he had tattoos and knocked down six people at one time. As Fleming saw him playing in Dr. No, he was convinced that Connery would be the perfect Bond to play in the upcoming movies as well. Besides that, Fleming would also write his upcoming Bond novels based on Connery’s childhood and life, because he was so fascinated about his way of acting as Agent 007. ‘I have also read some books and the way Connery puts down his character is just phenomenal. The way he handles his Bond girls, the mystery and his enemy is perfect. The chemistry was perfect between the character, described in the books, and his acting performance’, concludes Hoozee.

After Dr. No (1962), he played consecutively as a secret agent who made life difficult for his enemies: From Russia with Love (1963), Goldfinger (1964), Thunderball (1965) and You Only Live Twice (1967). After his shine performances, Connery was up to something else but the producers and scriptwriters weren’t up to a new Bond. While he denied playing in his sixth 007 film, they cast George Lazenby. A one day fly because he hadn’t any acting experiences and the critics weren’t much enthusiastic about his performances on the white screen. Connery returned in 1971 for Diamonds are Forever. He was definitely done with Bond’s character because the Scottish actor liked to be recognised for his other acting performances, rather than being called James Bond for his whole life. Still, in 1983 he returned one last time for Never Say Never Again. A title that introduced his return but also his farewell to the James Bond franchise.

Although he did not enjoy the off-screen attention the role gave him, the success brought offers from famed film directors such as Alfred Hitchcock and Brian De Palma. He played in the films: Marnie (1964) of Alfred Hitchcock, In The Name of the Rose (1986), The Untouchables (1987), for which he received an Oscar for Supporting Actor, Indiana Jones and the Last Crusade (1989), in which he plays the father of Indiana and The Hunt for the Red October (1990). ‘Connery is such a great actor in these movies. He deals with other roles, reads the script and just becomes the character of the film. He behaves like the character has to behave in the film. However, it is difficult to watch for me because in some films I am waiting for the action to take place’, says Hoozee.
Quite an impressive acting career but as a teenager, he nearly chose to be a football player. ‘In the fifties, so when Sean Connery was in his twenties, he was playing a football game and after that game, a scout of Manchester United offered him a contract to come and play for the Mancunians. He didn’t accept it and chose to be an actor’, says Hoozee, ‘I think he chose wisely and he said it himself that he thinks he did quite a good job to chose for acting career’, Hoozee laughs.

The great Scottish actor, Sean Connery passed away but his character James Bond will live on forever. Although he didn’t want to be compared all the time with the British secret agent, he is still considered to be the best James Bond that there has ever been. ‘According to me, Roger Moore and Daniel Craig lean closest to James Bond. Craig definitely studied the behaviour of Bond and especially that of Connery. I think it is necessary to play in several Bond films because you need to get to know the character better so you become more confident with his life’, concludes Hoozee. A difficult task is waiting for the next James Bond, once No Time to Die will finally be in the cinemas.