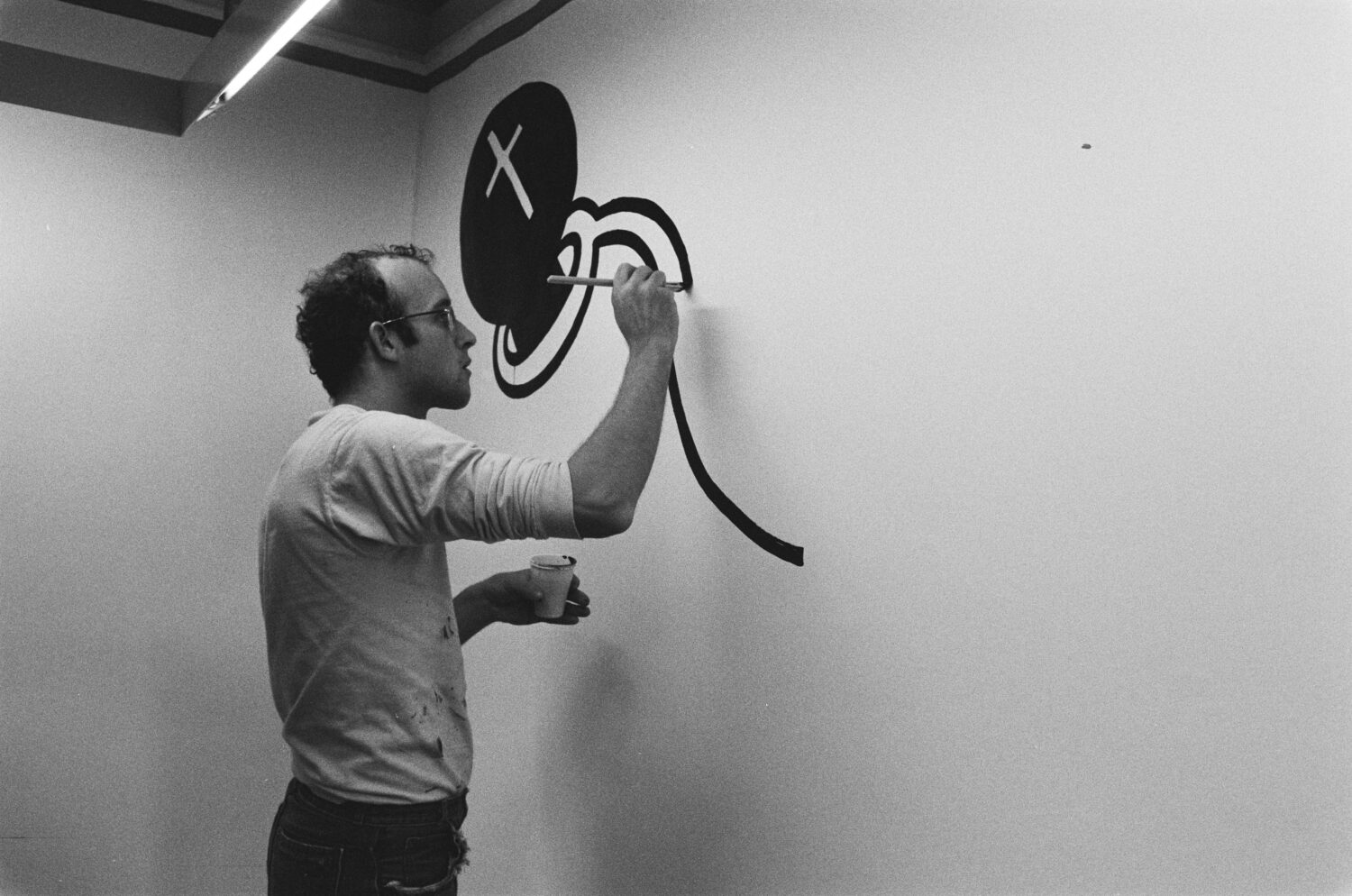 Thirty years after the American artist Keith Haring passed away, his drawings could again be an answer to today’s problems. In the eighties, he painted to create awareness for AIDS, sexual orientation, and the apartheid in South-Africa. Today too, people keep fighting for equality. So what influence on activism can this man have with his drawings of barking dogs and dancing figures? As Haring said: ‘Art should be something that liberates your soul, provokes the imagination and encourages people to go further.’

Keith Haring is 31-years-old when he dies from AIDS in 1990. Back then he was already a monument, a man to whom people are looking up because of his activism and the awareness he wanted to raise around topics such as AIDS, racism and sexual orientation. He will be forever known for his so-called childish drawings. Barking dogs, flying saucers, and large hearts would become iconic during his entire career. These were born in one of the most recognizable places in the US: the subway.

In the Big Apple, where he travelled with the metro, he fell in love with the design of empty black rectangles at the metro stations and began to fill them with white chalk. He had to paint so fast because the people took his paintings off the walls, faster than he could paint. In that underground scene, his first drawing of a barking dog and screaming, dancing figures were born. According to his paintings, Haring was also arrested a couple of times for his illegal drawings in New York’s underground.

During his childhood, Haring becomes inspired by Walt Disney’s cartoons and, most of all, the illustrations of Dr. Seuss. After graduating from high school in 1976, he enrolled in the School of Visual Arts in New York City in 1978. It was until 1982 that Haring had to wait for his first exclusive exhibition, in the Tony Shafrazi Gallery in New York City. In that same year, he painted two figures with a radiant heart-love, called Untitled. He had a lot of courage to paint that innocent, yet controversial image and was seen as a cultural statement in a larger cultural realm. That image can be seen as controversial because in the eighties it was not obvious to make paintings about sexual orientation.

As his confidence grew, Haring generated more sexually explicit images of gay figures and scenes. One thing is for sure, you could never see the sex of his iconic figures. Visually, he outlined his characters with thick vibrant black lines to create energy around his subject. His art became more and more popular with the American people and would later develop into pop art. An art movement that was mostly dominated by Andy Warhol. Warhol, a friend of Haring, supported him to put his pop art in the spotlight in the ‘80s. The two artists wanted to mix high art with popular culture and Haring opened his Pop Shop in Soho, New York in 1986. It made Haring’s work accessible for regular people, who could buy t-shirts, pins and posters in the store.

Haring’s short life certainly has its influence and relevance in the actual problems we are facing in 2020: protests against racism, activism for climate change, and raising awareness for sexual orientation. He tried to reach an audience as diverse as possible. In the eighties, when Haring’s work was booming, he supported protests against the apartheid regime in South-Africa, against racism and discrimination. Back in those days, the black majority was being oppressed by a white minority. In his 1985 drawing Free South-Africa, you see a black giant character pushing a white smaller character to the ground. In just a few strokes, he reverses the racial power imbalance. The black character is bigger to express the irony of the post-colonial era, where a white minority continued to suppress the native black majority. He tried to make the image open to large public and printed it on t-shirts, posters and postcards to create awareness. Combined with the pressure of the citizens, celebrities and politicians, the protests in South-Africa led to the release of former South-African president Nelson Mandela from prison and his election as president. Also in the United States, in the aftermath of George Floyd’s death, the shout for equality of the American black people has never been so loud before. It caused a resurgence of the Matter movement. So, the fight for racial equality is still going on. Back in the days in South-Africa and today in the United States. The comparison raises the question: was Keith Haring really so far ahead of his time or we did not learn anything from the past?

Although he is far from a poet, Haring is the writer of probably one of the most famous sentences painted on a canvas: Ignorance = fear, silence = death, fight aids, act up. Haring succeeded to raise awareness about aids which was called ‘gay cancer’ in the United States in the ‘80s. In that period, people protested for safer sex and for the right to could openly talk about it. Through his art, he asked to pay attention to this problem and speaking as an activist, Haring’s contribution spread rapidly among young gay men. Now, some countries see aids just as an illness for which you can be treated but others see it as a disease only for gay men and a topic about you cannot talk in public. In those places where being gay is still taboo and sometimes even illegal, Haring’s battle is still not over.