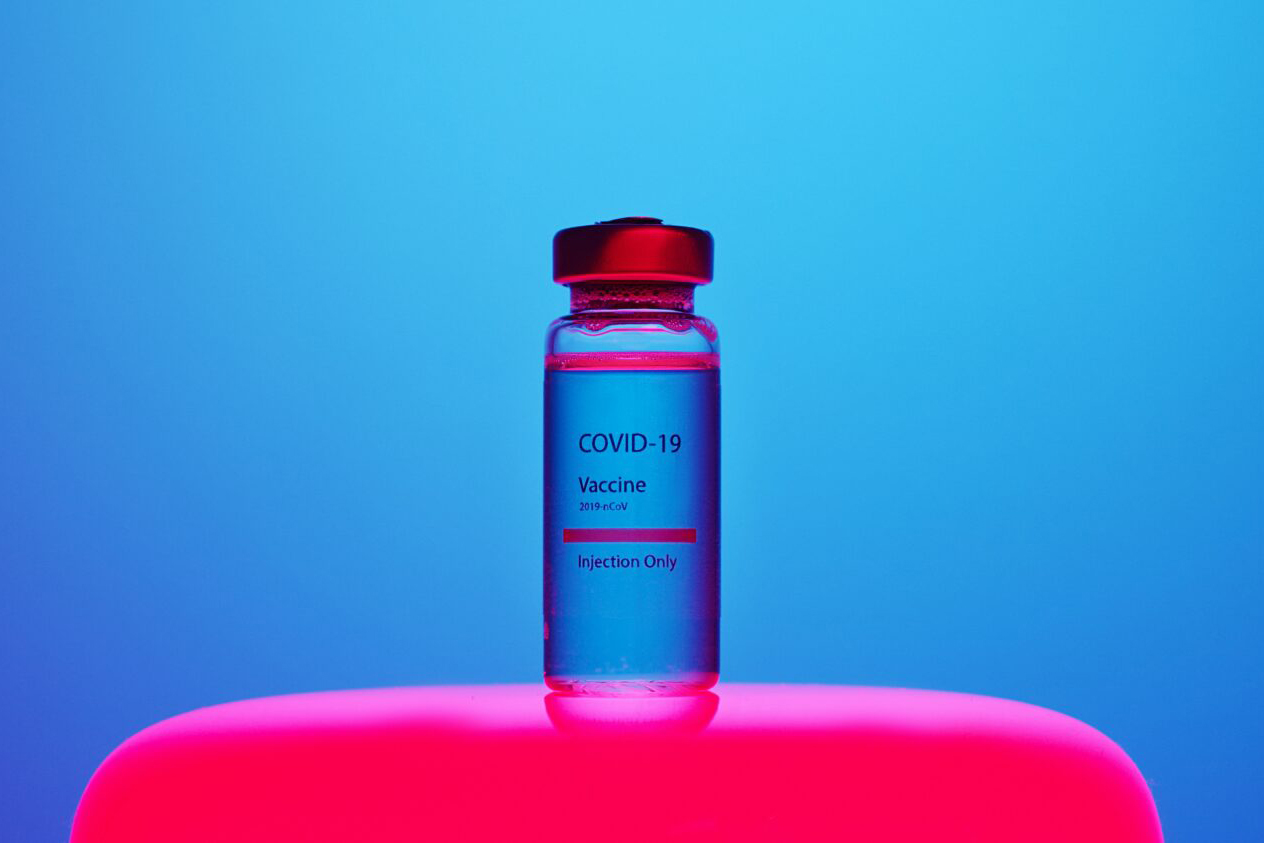 With the UK and the US kicking off their Covid-vaccine vaccinations on 8 and 14 December, it’s a matter of time before the rest of the world follows, with Belgium reportedly beginning as early as 5 January. While the worldwide vaccination rollout inches closer, the wariness of the vaccines grows as well. Especially the rapid development has a lot of people worried. 21bis asked vaccinologist Corrine Vandermeulen if the vaccine is safe and how the vaccination will affect us going forward.

Normally, it takes years before a vaccine is fully developed but, as of now, the UK and the US have already begun vaccinating. How can we be sure they’re safe?

‘Firstly, the trials all contain at least 30.000 participants, which is a really high number. Secondly, the side effects of vaccines mainly occur in the first four to six weeks (after getting vaccinated). The Food and Drug Administration (FDA) and the European Medicine Agency (EMA) asked the pharmaceutical companies for minimum data of, I think, two months (editor’s note: after receiving the second dose) so that they can make a good evolution of the vaccine safety.’

‘The pharmaceutical companies evaluate the safety, but everything is also verified by the health authorities, of which the FDA and EMA are the most important ones. If there are concerns regarding the safety of the vaccines, they won’t be authorized because authorities know how delicate the situation is. They’re not going to take risks since the goal is to widely administer the vaccines to healthy people. You can’t do that with a vaccine that raises questions about its safety.’

‘If there are concerns regarding the safety of the vaccines, they won’t be authorized’

‘Normally, when a new vaccine is in development, funding will gradually be provided. That way it’s feasible for companies because they spread the cost. But because there’s no time to lose now, everything needed to go fast. That’s why a lot of money has been made available, by both the pharmaceutical companies as well as the authorities, to develop the vaccines quickly.’

You just mentioned that it’s the intention to vaccinate healthy people. What is the plan for people who have an underlying illness? Will they get vaccinated at all?

‘That depends on the disease. In the big trials, they included people with diabetes, high blood pressure, or people with conditions to their liver, lungs, or heart. The vaccine was also effective in that group, so I think that those groups will be able to get vaccinated without any problems.’

‘It’s different with people whose immune system has been suppressed, such as people with cancer or people with immune disorders. They haven’t been included in the study. Initially, they won’t be vaccinated because there isn’t any data. In that regard, they need the herd immunity that we hope to develop so that they’ll also be protected.’

To achieve herd immunity, 70 percent of Belgians would have to get vaccinated. Do you think that’s possible with so many people wary of the vaccines?

‘That’s a great question. I understand why people are hesitant because it is all going very fast. Those are legitimate questions that people are asking. We have to remember; this has never happened before. We’re rapidly going to vaccinate people on a massive scale across Europe and the US. In all those countries, it will be regulated so we will have a lot of information. I think it’s reasonable to hope that, because of that, people will be convinced to get vaccinated. But it’s a shot in the dark: we can’t see the future.’

Belgian Prime Minister Alexander De Croo has stated that Belgium will be able to start vaccinating on 5 January. Do you think that’s feasible?

‘It all depends on the logistics. Apparently, the Prime Minister feels confident enough to say that it will happen in January. But you have to take into account that the number of vaccines is limited: 300.000 dosages, meaning that you can vaccinate 150.000 people. That is one percent of our population. And then, gradually, more vaccines will be available.’

‘In the meantime, more data about the vaccines will be available that then can also be used. But you have to keep in mind that it will take at least a year before the entire vaccination campaign is over. Especially since you need two dosages before you’re protected.’

Speaking of the vaccination campaign, vaccinologist Pierre Van Damme said that the youth will probably get vaccinated after the summer. It caused quite a ruckus among young people.

‘Yeah, my son came running downstairs in panic when Pierre Van Damme said that, so I know that is a hard pill to swallow for a lot of young people. It has been very hard mentally for our youth. And I think that the next few months will be a really difficult period.’

‘But you have to take into consideration who should be given priority. Those who are affected the hardest in terms of a serious illness and could potentially contribute to overburdening the health care system.’

‘They estimate that by the summer, at-risk people will be vaccinated. You then have to choose who you’ll vaccinate next. Will we go for the youth or the other adults? It will all depend on the logistics.’

You mentioned vaccinating a lot of people in a short amount of time, but in Belgium, the Covid vaccine isn’t mandatory. What’s your stance on it?

‘I have always been an advocate of non-compulsory vaccines. It forces us to communicate better and to convince people of the importance, meaning that people that get vaccinated will be convinced of the importance. They’ll understand why they have to do it. Obligating a vaccination would go against what our legislation monitors: the importance of the physical integrity of a person.’

‘Besides that, I also want to say that we should communicate honestly. Vaccines are safe, but you can experience one or two days of fever or don’t feel well, or have a headache. Those are side effects that will pass. It means that your immune system is working to build up protection. You can easily do away with those side effects by taking a medicine that prevents fever. You need to communicate that clearly beforehand so that people know what to expect.’

Misinformation of vaccines on the internet has contributed to the general distrust. Therefore, there’s now talk of mandatory vaccinations for international travel.

‘This raises the question: how enforceable can this be? They could ask to provide evidence, but will they deny access to a country based on not being vaccinated? That’s the question. For instance, if you travel to African countries, you need to provide evidence that you’ve received the vaccination against yellow fever to be granted access to the country. Will that be the case for Covid as well?’

Speaking of Africa, a lot of the low- and middle-income countries won’t be able to vaccinate their citizens for a while. How do you see the global impact of that delayed vaccination process?

‘Making the vaccines available for the entire population is extremely important. If we don’t vaccinate worldwide, it would mean that the virus could circulate on a much bigger scale, which in turn could lead to mutations of the virus. You would potentially have to develop new vaccines. It’s not just important for people of low- or middle-income countries — it’s also to our own advantage.’