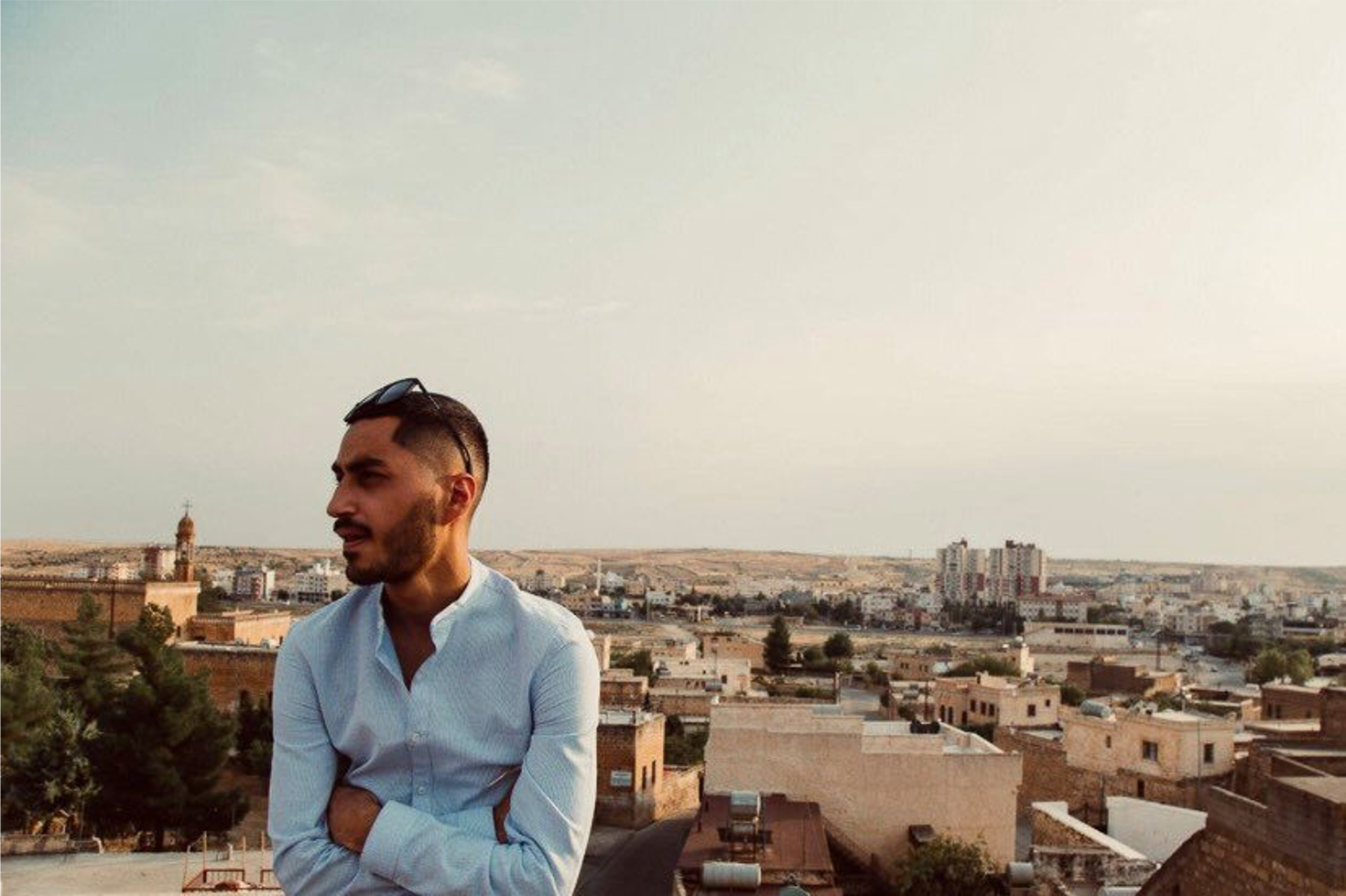 This Saturday at 8:10 pm on Canvas Alexandro Yaramis (22) will try to find his Assyrian roots in a new Vranckx documentary called Atra. He and his crew, Marcel Top (23) and Louis Delbarre (22), travel to his father’s village Geznakh in southeast Turkey to find his family. The whole story is based around atra which means land in Aramaic. Since the Assyrian genocide in 1915, many Assyrians have fled their homeland searching for a safer life. Until this day this genocide has not been recognized by the Turkish authorities.

This documentary turned out to be more than a story about Yaramis and finding his family. ‘There’s two sides to this story. In the beginning we see me trying to find out where my family came from, but then the storyline shifts. We had so many interesting conversations along the way with people who live there. We just had to tell those stories as well.’, Yaramis said.

The Assyrian community has always been a minority in Turkey and to this day the genocide is still a touchy subject. ‘Assyrians never even rebelled after the genocide of 1915, but our people got caught in the middle of a crossfire. We have the Turkish community on one side and the Kurdish community on the other. The province Hakkari, where my father’s village is located, is the second most attacked province by the Kurdistan Workers’ Party (PKK).’ The southeast of Turkey has been flagged by the Belgian government as dangerous territory for some time now and they strongly recommend not to travel to this part of Turkey.

‘President Erdogan doesn’t really love us, this is just part of his political plan’

It’s all about politics

After the diaspora and the attempt of the Turkish authorities in 2001 to get the Assyrian people to come back to Turkey, the authorities aimed to make changes for the Assyrian community in Turkey. Yaramis says: ‘There was one story that really surprised me about president Erdogan. Our people had built a church in one of our villages and for some reason the Kurdish people had illegally built a mosque right next to it. Erdogan immediately ordered them to tear down the mosque after the Assyrian villagers wrote him a letter about it. Strangely enough it was demolished within the month. If you think about it further, you understand that he has a divide and rule politic. President Erdogan doesn’t really love us, this is just part of his political plan.’

Building a mosque illegally, is one thing, but taking someone’s full ownership of land is something completely different. According to Yaramis there was an Assyrian family that lost 54 pieces of land to a Kurdish family. ‘It was as if their land deed didn’t matter.’, Yaramis said. ‘The family went to their town officials, because they wanted to install a new electricity line and there they were told they had co-ownership of the land. They had never sold a part of their land to anyone. The Kurdish family just somehow got a hold of the legal documents as well.’

‘I would’ve literally had to step over bodies. I wasn’t going to do that out of respect for my people.’

If only they knew

They knew they had to be very careful not to get seen. Nobody was supposed to know they were there, because the Assyrian community doesn’t want the Turkish authorities to take away any more evidence of the genocide. ‘We had to film very quickly. The mass grave was located in some sort of cave containing three chambers. I tried to count the skulls but there were too many. I only saw the first chamber, because if I wanted to get to the other two, I would’ve literally had to step over bodies. I wasn’t going to do that out of respect for my people. My guess is that the mass grave contained a total of about 400 Assyrian bodies.’

There are no reports to be found anywhere about this particular mass grave. Even after all these years it has managed to stay hidden from the world. The Assyrian Policy Institute reports about Assyrian mass graves when they’re found. They work to ensure that Assyrians struggling to maintain their rights in their homeland can make their voices heard, but they never reported about this particular mass grave either.

The Assyrian Policy Institute has also reported about Assyrian Priest Sefer Aho Bileçen who is indicted with terrorism charges. ‘Bileçen was arrested along with two others on January 9, 2020 in Tur Abdin, Mardin Province located in southeastern Turkey. He was reportedly accused of providing food and water to members of the military wing of the Kurdistan Worker’s Party (PKK).’, says The Assyrian Policy Institute. ‘The PKK is a Kurdish militant and political organization founded in Turkey, but operating throughout the region, whose stated mission is to seek greater Kurdish political and cultural rights in Turkey. The PKK has been involved in an armed conflict with the Turkish state for decades, and has been designated as a ‘terrorist organization’ by Turkey.’

Priest Bileçen is still waiting on the verdict of his charges. He’s facing lifetime in prison. Yaramis says: ‘PKK is known to be violent. We don’t know if he gave the water and food to them, because they had a gun to his head or if they were dressed in civilian clothes and Bileçen gave it to them out of kindness. The question now remains: Did Bileçen know they were PKK soldiers?’ Priest Bileçen’s verdict had been postponed to January 2021. He had to wait in fear until then, because he gave water and bread to the ‘wrong’ people. The priest was eventually released from prison on January 14th 2021 after the objection of his attorneys.

So many beautiful places

Just like Priest Bileçen Yaramis is afraid of the power of the Turkish authorities. Yaramis fears that he won’t be able to return after the release of this documentary. ‘I don’t know if I’ll ever be allowed back into the country. There are a lot of whistleblowers here in Belgium. They keep the Turkish authorities up to date on everything that goes on around here.’, Yaramis said. However Yaramis says: ‘I’ve done this now, but there are so many other places to explore and report about. This won’t be the last thing I do.’

Watch the trailer for Atra here.