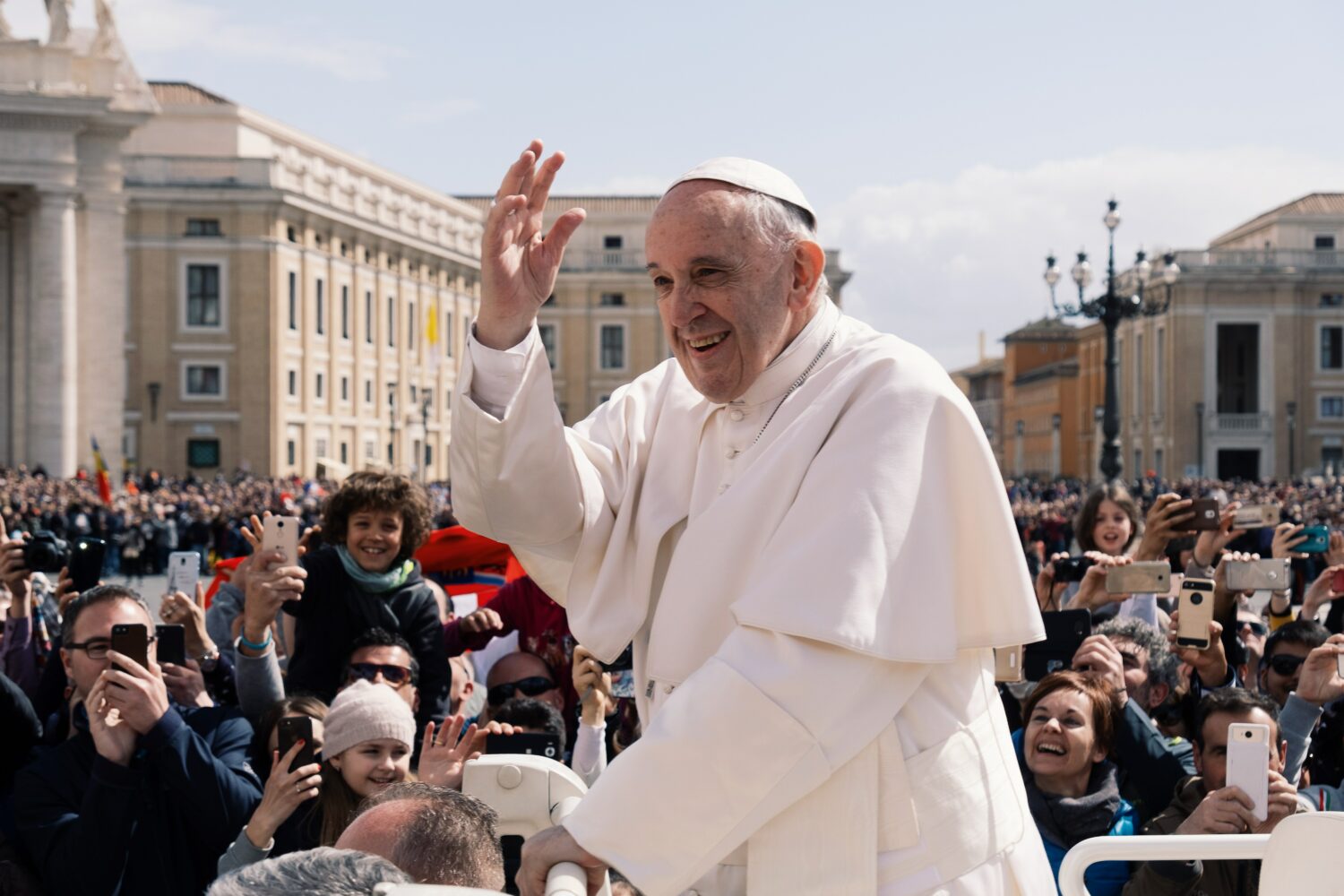 The Holy See Press has announced the Pope will visit Iraq 5-8 March. This apostolic journey includes a visit to Baghdad, the Plain of Ur, Mosul and Qaraqosh. It is often described as symbolising a ‘message of peace to Iraq and the whole region.’ 21bis interviewed Antonino Occhiuto (28) to tell us more about the political importance of this visit. Antonino Occhiuto is an analyst and researcher at Gulf State Analytics and Peninsula co-editor at Amwaj.media. In our interview, we discussed the political interests of both the Pope and the Iraqi government of this historic visit.

As a Head of State, the visit of the Pope is a significant event, but it is especially meaningful since it is the first papal visit to Iraq ever. Pope St. John Paul II had planned to travel to Iraq at the end of 1999, but the trip was cancelled by Saddam Hussein despite months of negotiations. According to Vatican News, Pope Francis himself has long expressed his desire to visit Iraq and intended to travel there in 2020, but he was forced to reconsider in the light of the global pandemic.

‘It sends the message that after the outreach to the Sunni world, the Pope is now building bridges with the other large Muslim sect, the Shia. And, of course, this is meaningful’

With this visit, the Pope sends a message that after building bridges with the Sunni world by visiting Abu-Dhabi in 2019, he now intents the same with the Shia. He also intends to shed light on the Christian marginalisation in Iraq. On the other hand, for the Iraqi government, it is an opportunity to showcase their ability to provide security on such an important visit. It also legitimises the Iraqi Shia Muslim Community’s position as a Shia representative that even the Pope is bothering to coming to terms with.

Building Bridges with the Pope

The Pope’s visit to Iraq is part of Pope Francis’ Outreach Programme into the Muslim Community. To put it further into context, Pope Francis recently travelled to the Arabian peninsula, to Abu-Dhabi, where he had a meeting with two significant personalities. Among these personalities, he met with the Grand Imam of Al A Azhar. They signed a joint declaration there with the help and support of the UAE de facto leader and the crown prince of Abu-Dhabi Mohamed Bin Zayed.

After this outreach with the Sunni community, the Pope is now scheduled to travel to Iraq and meet Ayatollah Ali al-Sistani, which is the well-respected and authoritative figure throughout Iraq’s Shia community, but also to the Shia community worldwide. Antonino Occhuito: ‘it sends the message that after the outreach to the Sunni world, the Pope is now building bridges with the other large Muslim sect, the Shia. And, of course, this is meaningful.’

Beyond his intentions to reach out to the Shia Muslim Community, the Pope also intends to visit the dwindling Christan Community in Iraq. This action constitutes more as an act of political humanitarianism as he travels to a place where people have suffered and shine a spotlight on Christians’ situation in Iraq.

A Golden Opportunity for Iraq

It is important to note that this visit is also happening within a context where Iraq has every interest to make the visit as successful as possible.

This visit allows the relatively new administration of Prime Minister Al-Kadhimi to shine in its ability to provide security and stability in such a high profile visit – particularly within the context of a global pandemic. But it also sends a message that the new administration can take into consideration the concerns of its Christian community into account. This could potentially attract investments and interest of stakeholders who want to help the Iraqi government to build intra-community divergences.

If, after the Pope’s visit, the Iraqi government can demonstrate a genuine effort to work on community cohesion and address the instances of the Christian community, it would undoubtedly enhance Iraq’s position among private donors in the West and the US in particular.

The Pope is also scheduled to meet with Sistani, which will likely give the Iraqi Shia nationalists a new sort of legitimacy as they attempt to shape the narrative that they are a faction of their own. It also sends a message that interactions with Iran are not necessary because the Pope would seemingly rather meet with Iraqi Shia religious leaders instead.

Antonino Occhiuto warns: ‘when it comes to a future of religious tolerance in the region, we may expect some Iraqi government input to address the Christians’ concerns in the short term. However, when it comes to major openings, I don’t think we should expect any UAE style policy on religion. I think it’s more about preserving the religious diversity that Iraq already has. The Iraqi government is already struggling to juggle in between the requests of the Shia majority and the sizable Sunni minority.’

There are some concerns that the Pope’s visit (for security reasons mostly) does not extend to the western and northern parts of Iraq, where the Sunni heartland is. Seeing that once again they are being overlooked on such a momentous occasion may heighten the grievances of the Sunni population, which already feels marginalised, especially by previous governments.