Serbian tennis legend Novak Djokovic successfully defended his Australian Open title in this year’s final, while Russian next generation player Daniil Medvedev could not find his best level. According to Djokovic himself, the next gen players (Medvedev, Thiem, Tsitsipas, Zverev) are still not at the same level as the big three: Roger Federer, Rafael Nadal and Novak Djokovic. 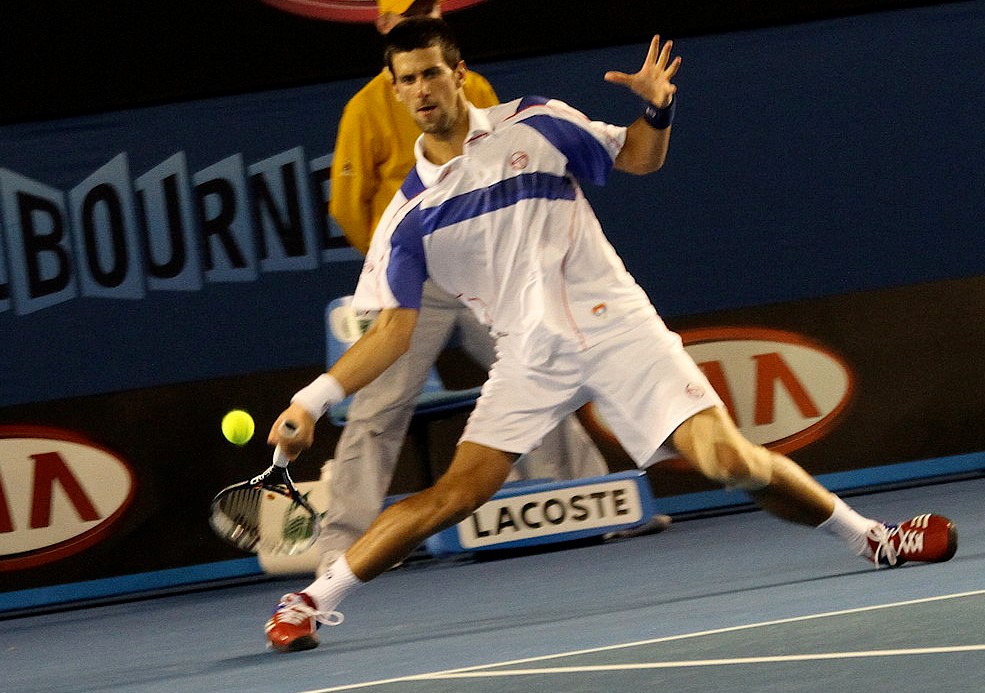 At the start of this year’s Australian Open many tennis fans and players believed that a new champion could be crowned and that the reign of current title holder, Novak Djokovic, would end. The media controversy about Djokovic’s comments regarding COVID-19 quarantines prior to the tournament and Djokovic’s abdominal injury sustained during the third-round match against American Taylor Fritz, tennis experts and media started to doubt the Serb’s chances of lifting his 18th big title. Add to that Daniil Medvedev’s 20-match winning streak up until the finals, many predicted a different men’s champion in Melbourne Park this year. But Djokovic put all those rumours to bed when he claimed his ninth Australian Open title with an overhead smash in the final against Medvedev.

Djokovic puts an end to a tough year…

Djokovic’s remarkable 19-0 winning streak at the start to the 2020 season put him in pole position to further tighten the Grand Slam race between him, Federer and Nadal. The tough stretch began after COVID had put tennis to a halt last year. Djokovic had won the ATP 1000 Cincinnati Masters event prior to last year’s US Open when he got disqualified after hitting a line judge in the fourth round.

His year only went downhill afterwards: Djokovic ended up not winning another Grand Slam title and had a relatively poor end of the year. According to ESPN Goran Ivanisevic, Djokovic’s coach and ex-Croatian tennis player said that it was essential that Novak won the finals against Medvedev . ‘His disqualification at last year’s US Open completely threw him off his game. And the fact that he played a very weak final at Roland Garros last year put him down even more. With this victory he can finally move on from last year.’

Medvedev is one of the stars of the next generation proclaimed to start breaking the big three’s Grand Slam dominance. Medvedev had only lost two sets in the whole tournament and was on a 20-match winning streak. But his straight-set loss to Djokovic in the final further symbolizes the next generation’s inability to beat the three legends on the biggest stages: Grand Slam finals.

Djokovic: ‘The younger players have proven that they can reach the latter stages of the biggest tournaments. But Roger, Rafa and myself have consistently been able to play our best tennis at Slams. Therefore, it is more challenging for the younger players to win Grand Slams.’