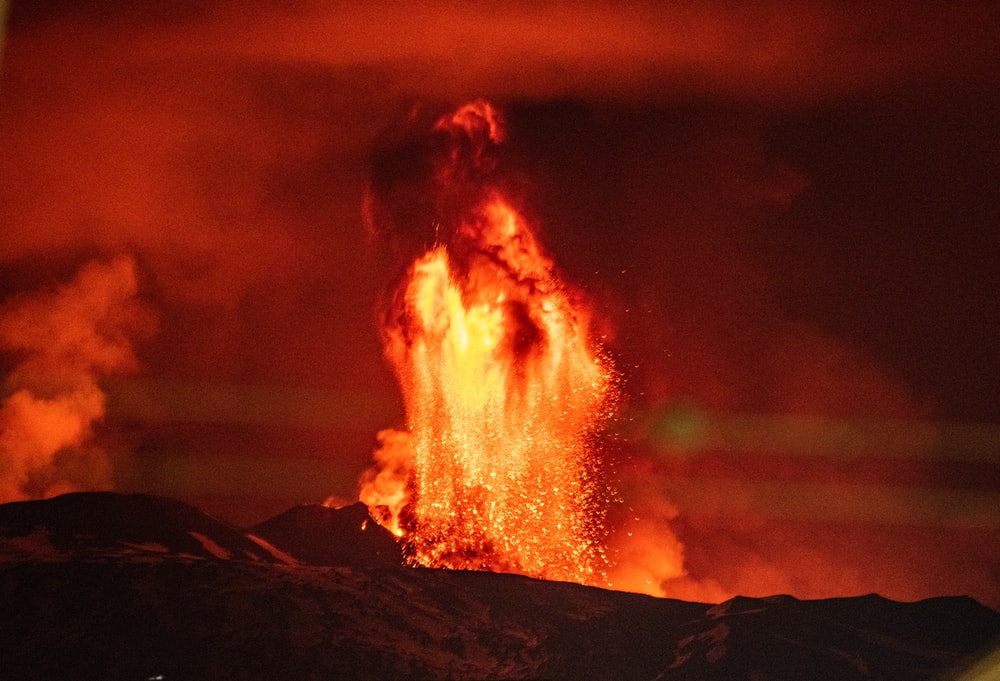 Europe’s most active volcano, Mount Etna, has been giving a show that has even left volcanologists baffled. The volcano, located on the Italian island of Sicily, has erupted over four times in a little over four days. Producing spectacular bursts of lava, lighting up the Sicilian sky every night.

According to experts, the volcano has been spewing out primitive magma, which refers to types of magma whose structure has adjusted little. It is located deeper inside of the mountain, truly coming from the bowels and carrying a greater amount of gasses. This explains the strikingly tall lava fountains that are seen, with some over a kilometer high.

The effects of Mount Etna

Etna’s repeated eruptions have drastically changed the landscape of southeast Sicily. One example is the Valle del Bove, a horseshoe-shaped valley in which the effects of lava are very clear. What’s unique about this, is the contrast between the areas that are covered in grass and the ones that have been transformed into nothing but ash. It also continuously holds the island in its grip with the constant threat roaming over the nearby villages.

Luckily there have been no reports of any damage or injuries. Nearby residents say the eruption was unusual, due to the size of the volcanic rocks that covered the surrounding areas. The airport in Catania was temporarily closed, which is a frequent occurrence when Etna is in an active phase.