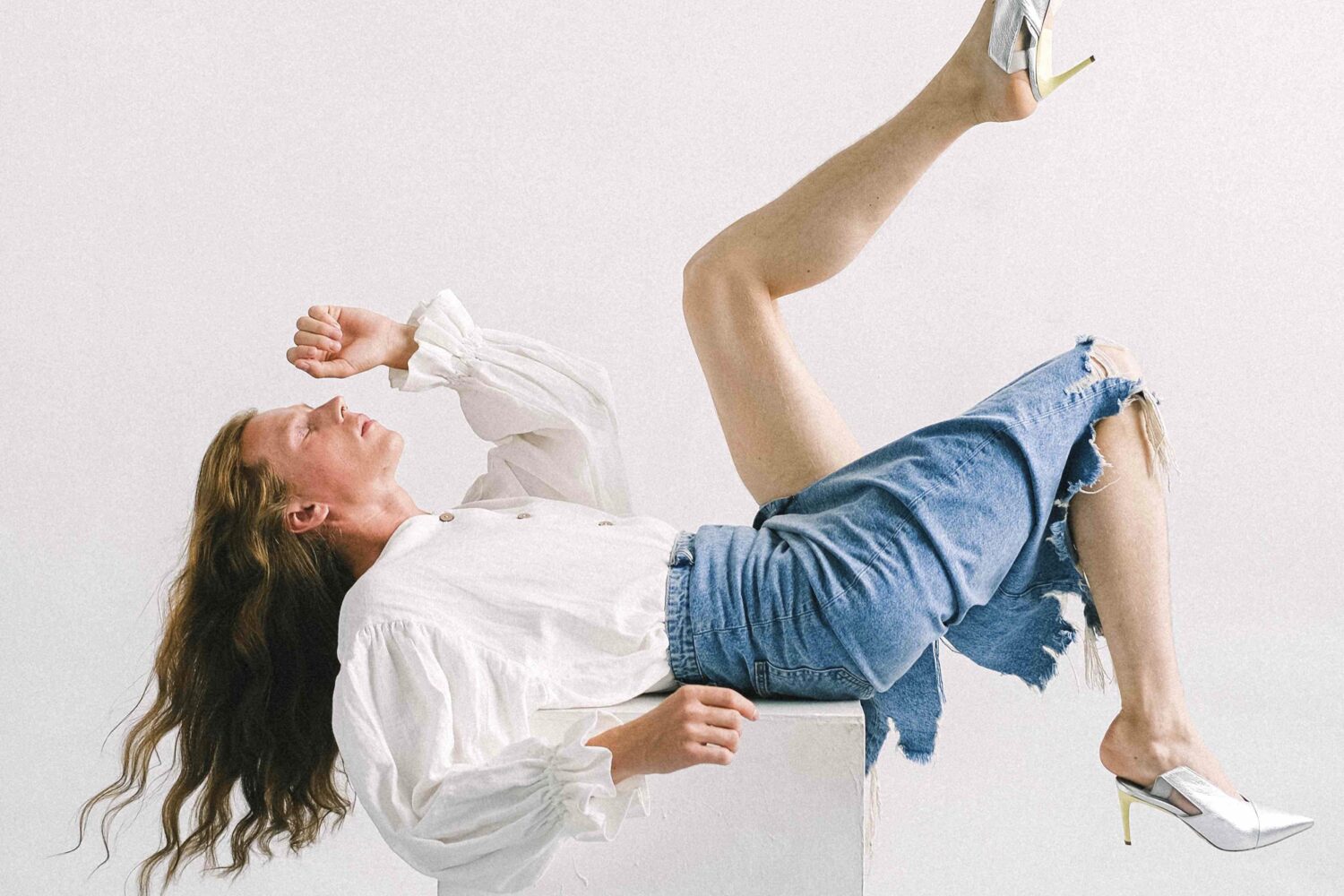 Ashton Lang, a young fashion student working on his new gender-neutral collection, tells us about gender-fluid movement and the fashion industry.

American actor and rapper Jaden Smith wore a Louis Vuitton skirt in 2016. Since then there are more articles about so-called ‘gender-neutral clothing’ than you can count. With the 2021 Grammys performances came beautiful, and for some daring, outfits. American singer-songwriter Harry Styles is often referred to as an androgyny icon. He’s been on the cover of Vogue Magazine in a dress, wore a sheer Gucci shirt with ruffles to the MET Gala and adds feminine touches to all his outfits.

Ashton Lang (24) is an American fashion student at the Royal Academy of Fine Arts in Antwerp. His new collection is meant to be gender-neutral. ‘My background is in menswear, so that’s my main focus. Every designer has their own vision and language of fashion and mine is making menswear that can be worn by either men or women’, he explains.

What we now call gender-bending fashion has existed as long as there have been gender norms to bend- which is to say, long before Styles’ appearance on the cover of Vogue. ‘I think it’s great that people embrace this trend and that it’s becoming more recognized. Although I think it’s also one of those things that Harry Styles didn’t invent. He definitely wasn’t the first guy to wear a dress. That’s why it’s important to understand fashion and its history in a gender context’, the designer explains.

Lang continues; ‘A lot of topics just get adopted by celebrity culture and, of course, people capitalize off of it. Brands name their collections gender neutral even though they’re not. They just ride the wave to seem more relevant. The concept of gender-neutral clothing is going to go a lot farther and there’s a lot more than can be done with it. Right now it’s the popular thing but it’s definitely not at its peak.’

‘The term gender neutral is often used to describe clothes that have no shape. There are so many brands that do unisex clothes but theyre really just big oversized clothes. I think that really doesn’t have anything to do with gender, it’s really just hiding the body’, Ashton continues.

would they still put a man in a dress

on the cover of a magazine?’

‘The next step in gender neutral clothing is to embrace the body. I think you could take the design of a dress and make it for a man that has wide shoulders and narrow hips and no breasts. You could also take the same design and narrow the shoulders, widen the hips and accommodate the breasts. It’s the same design but you’re respecting the body of the wearer and not just hiding it. That’s really the next step, to have those options instead of just having one dress and a big box’ Ashton explains.

According to a survey by the brand Wunderman Thompson, more than half of Gen Z customers shop from both menswear and womenswear. Although the new generation will be open to wearing genderless clothes, making these clothes is easier said than done. ‘It’s difficult on all levels. It’s difficult on a construction level, but I can imagine also on a retail level. The new generation is really open to it. In the next few years it will become the norm’, Ashton adds.

‘People nowadays really shop for themselves, no matter what section they’re in. It’s all about the labeling of the clothes. If a man can go in the women’s department and buy a coat, it’s not a woman’s coat, it’s just a coat.’

the body of the wearer and not just hiding it.’

‘On a retail level there’s not much that has changed, it’s still very much men versus women. When I talk about couture it’s really high up so it hasn’t really trickled down to the mass population but that’s the way fashion works. It always trickles down from the top to the main public. The fact that we see high fashion brands pushing it though, means we can expect it in mass markets’, the designer claims.

What about haute couture? 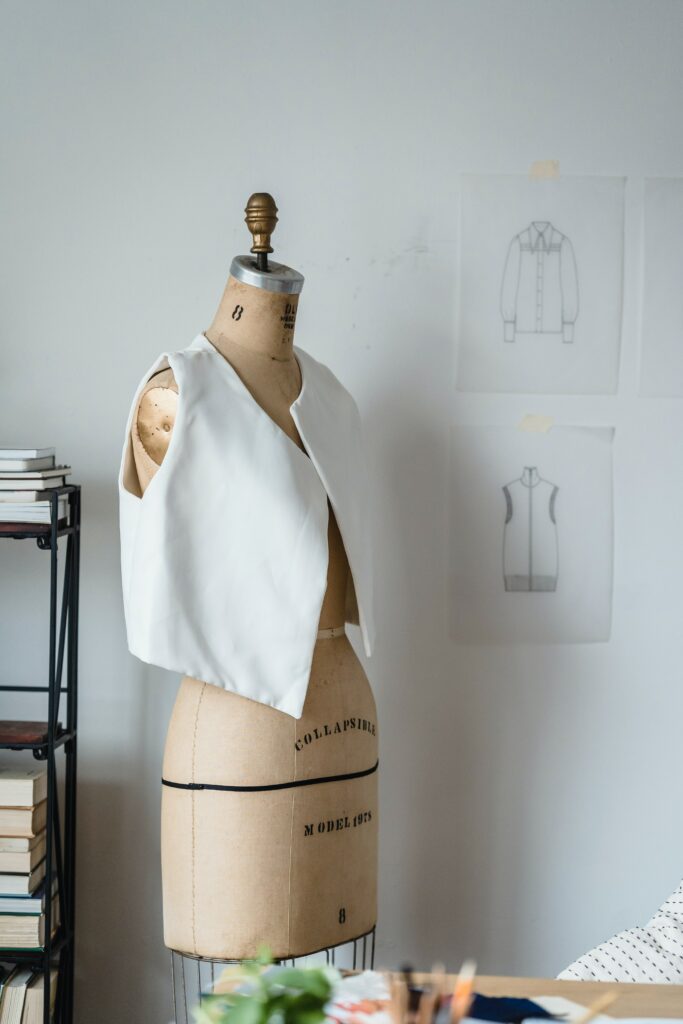 Until recently the industry had been slow to adapt to and embrace a more expansive definition of gender itself and a consumer who identifies across a gender spectrum. Ashton explains; ‘We already see big changes, especially in the couture area. Valentino’s last collection was the first collection for men in couture. Balenciaga is going to show couture for both men and women in July. That’s a first timer. It’s a huge difference because historically couture has always been for women. There’s always been made-to-order clothes, for instance on Savile Row, where a man can go and get a suit made for his body but it’s never been a part of the couture institution.’

‘The reason these brands are changing their couture is, I think, a combination of young designers working for these brands but also them trying to stay relevant with the culture. Obviously with a huge brand comes a lot of responsibility. You have to embrace and have a positive impact in the consumer market. People are really trying to keep brands accountable for the kind of image or stereotypes they push.’

Gender-neutral fashion isn’t just a trend. It’s about honoring and supporting communities. ‘A lot of brands will use the gender neutral term as a buss board and not really embrace it. Some brands are doing it really well, like Valentino and Balenciaga. On the other hand there are brands that will use it and not really push the boundaries of design. They just keep doing the same thing.’

The fashion industry is still very much an elite society. This is why, for instance, Harry Styles is on the cover of magazines. He has a huge impact. Ashton continues; ‘It’s not necessarily that he’s pushing it but rather how the industry uses people. Of course a magazine is going to put Harry on the cover because they know he’s going to sell. But if Harry Styles wasn’t selling like crazy, would they still put a man in a dress on a cover? If it weren’t for capitalist games, I don’t think so.’

The young designer, whose collection is coming out at the end of the year isn’t afraid to tell it how it is; ‘Fashion is a money making machine and it does kind of follow trends. It’s difficult to tell whether fashion is really pushing it forward or if it’s following something to stay relevant.’