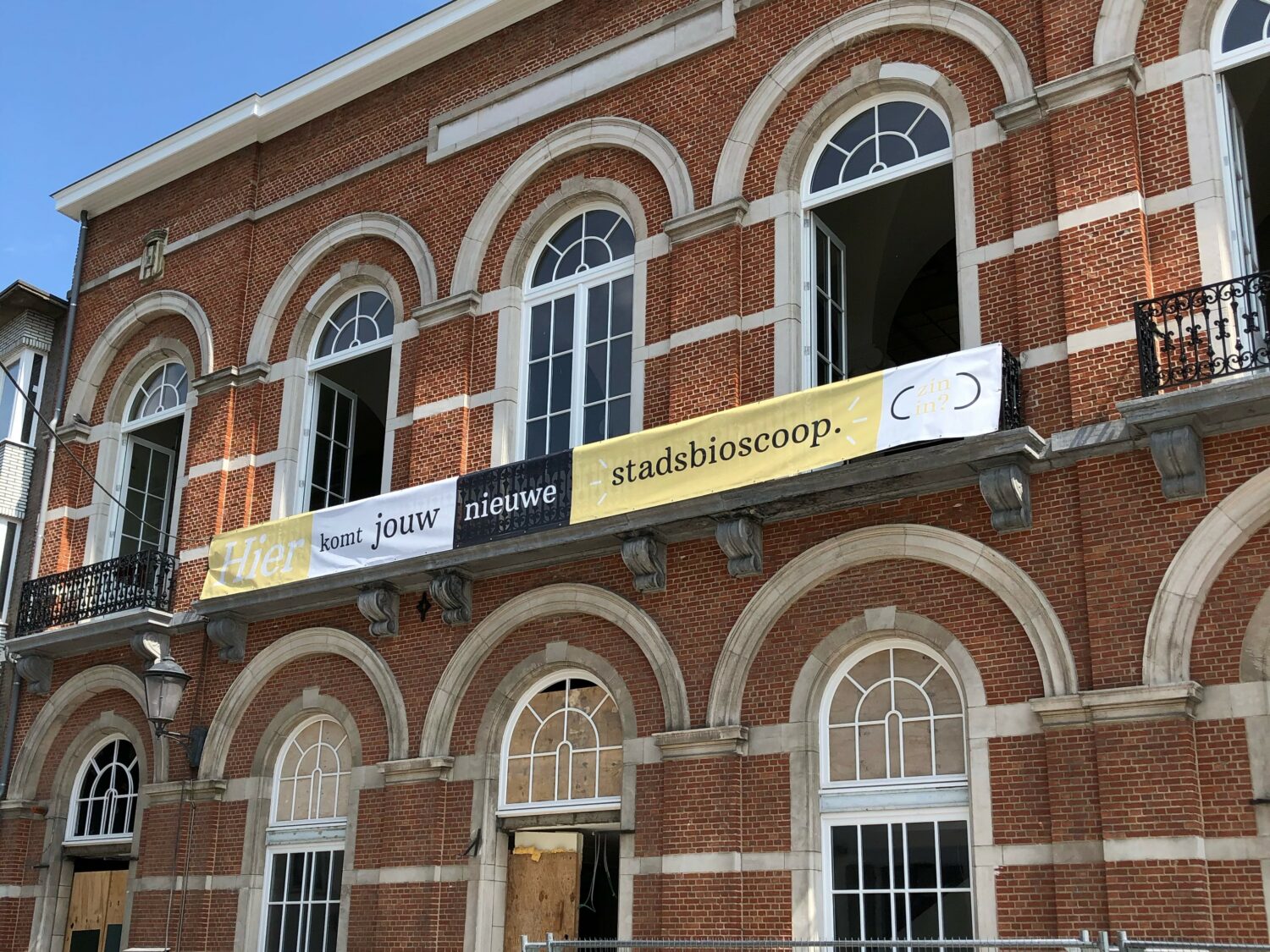 A movie theater in a building with a heritage of over 200 years, renovated by Lumière in commision of the city of Mechelen. Jon Michelena is spokesperson and responsible for the two already existing movie theaters of Lumière in Antwerp and Bruges. In the latter half of this year there will be a third Cinema Lumière located in Mechelen. It is not stationated randomly as it will be in the old festivity hall of Mechelen.

A repurposing and renovation to bring a building back from its outlived past to become more than just a cinema. A place for people to gather in a social environment where they can enjoy local drinks before watching highly praised or niche films. The cinema has three rooms on top of each other. You will be able to reach them via stairs, but there is also an elevator for people with a physical disability. The bar on the second floor will be accessible as well.

A brief history of many renovations

At the end of the eighteen hundreds the building was taken into use by associations for recreational activities and expositions. That is how the city festivity hall was born. In the following years the city services improved and renovated the outdated building. During World War II the festivity hall was severely damaged and had to be renovated once more. This time even touching the fundamentals of the building as they had become a victim of time.

The building is still heavily under construction now. If you are curious to find out more about the soon-to-be cinema, watch the video below: