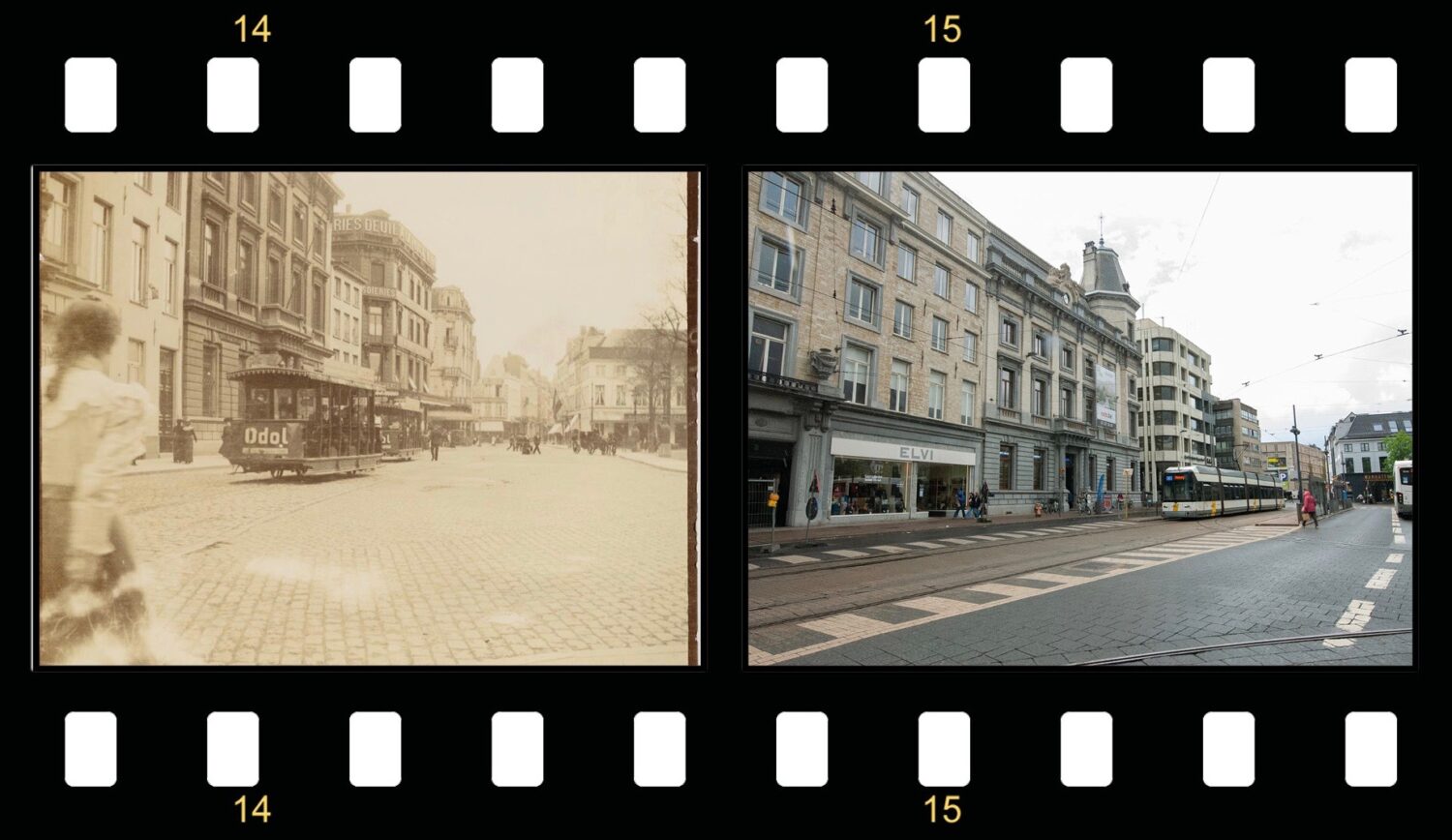 Antwerp Groenplaats is known for being surrounded by historical buildings with a rich history. In this Reporting the city, our reporters take you through the history of an iconic building of Antwerp city; Antwerps Old Post Office.

Antwerp Groenplaats has always been a key link in the history of Antwerp. The square is the key connection between the Grote Markt, the Handschoenmarkt, and the Suikerrui. Nowadays, the square is surrounded by tons of cafes and restaurants. Groenplaats is now known to be the ‘resting place’ of the busy city. But as time passes, buildings and cities change. Antwerps old post office in particular has had its fair share of modernizations.

All the way to the beginning

Back in 1509, the old post office started as ‘De Gulden Roose’. The building was known to be the home of the very powerful merchandising family, the Welsers. A little more than a century later, in 1675, their house became a pastoral college. This was thanks to Bishop Ambrosius Capello. It didn’t take long before the pastoral college of the Antwerp Bischop changed into something completely different. In 1795, about a hundred years later, the building was temporarily used as a criminal court. The house was converted into the Court of First Instance in 1817.

In the late 1880s, the ‘Gulden Roose’ became the famous Antwerp Post Office headquarters. The architect of the Hotel des Postes is not known. However, the building is known to be inspired by the late-18th century classicism from Brussels Palace of the Nation. Between 1913 and 1922 there were quite some transformations made to the building. From extensions with a corner tower to demolitions and renovations of the interior and roof. Architect J. Baguet also designed an adjoining wing for the building. This caused the 1878 ticket hall to be torn down and reconstructed. 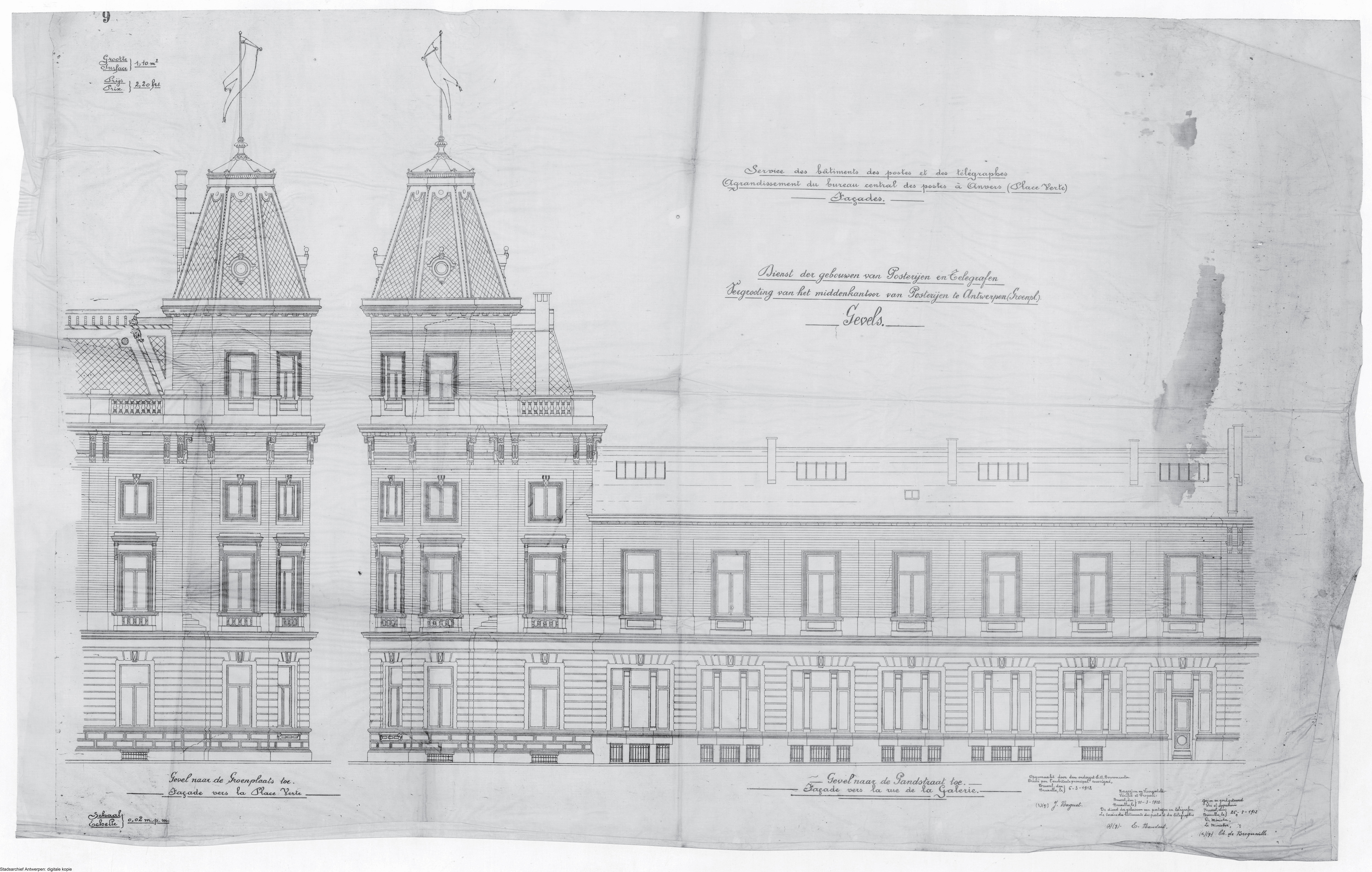 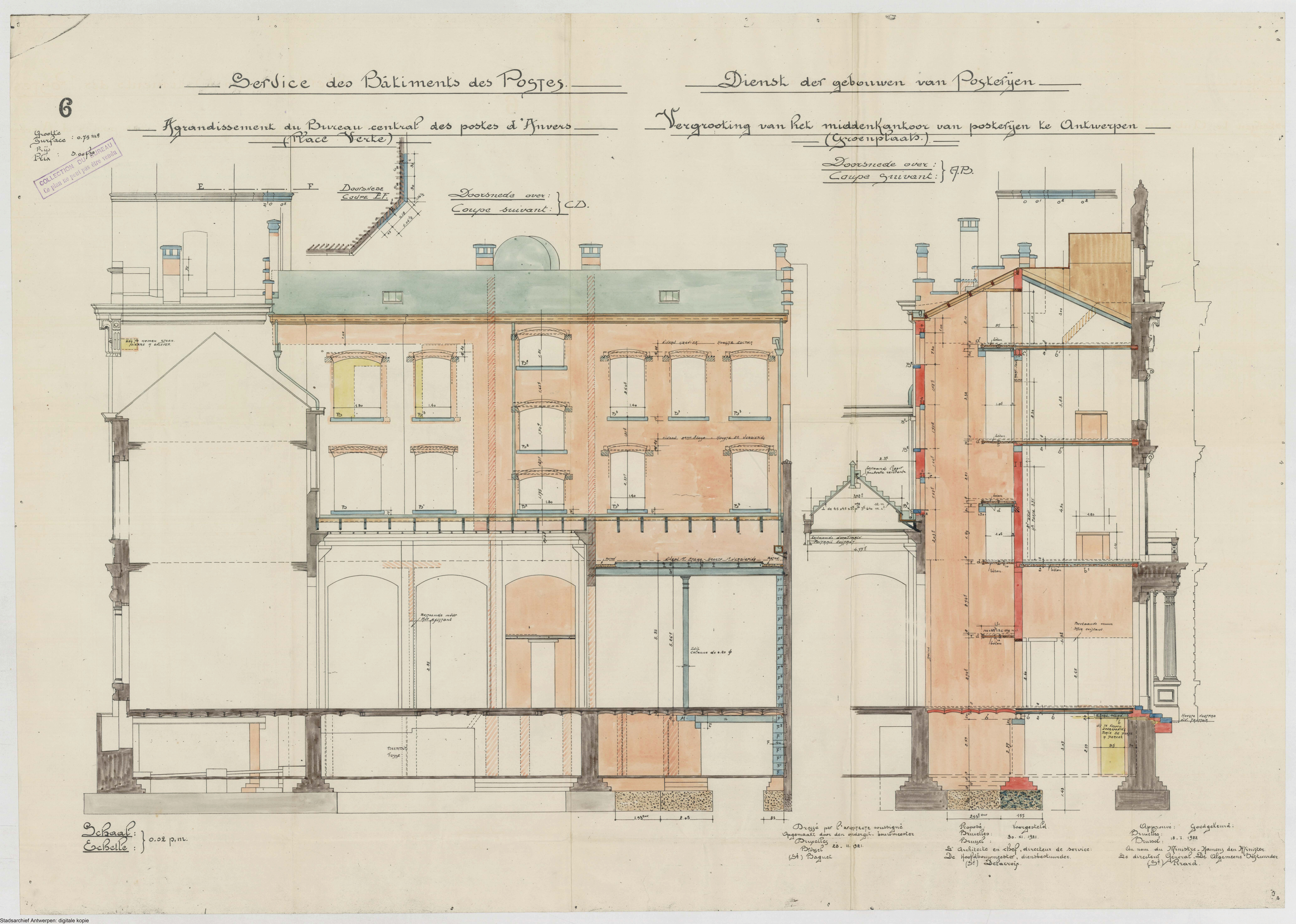 The post office stayed in the building until 2015. As you can tell, the old post office has had a lot of renovation and changes throughout the years. Yet, this was not going to be the end of it. More modernizations were coming ahead. 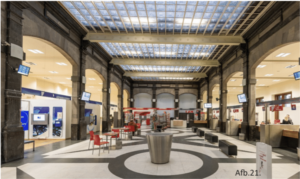 After a period of being a vacant building, the old post office turned into Belgium’s first food market. The Mercado became a pop-up food market until the long-planned renovation of the old post office would start. For 2 years, the Mercado served different kinds of popular dishes from all around the world. Business owners could rent their spot in the building, where they would stay until early 2018. Every week, the Mercado would arrange a music night, where different bands came to play.

‘There was always a fun vibe. I’m going to miss it’

As the food market’s success kept growing, the closing date came closer. In early April of 2018, Mercado closed its doors. Because the Mercado was primarily rented by new business owners, the ending of the food market was very much frowned upon. Brent, who worked at Mercado says: ‘the other people working there became close friends. There was always a fun vibe.’

‘If we were hungry, we could go to any of the other food stands. They would give free food, in exchange for some food of ours.’ The Mercado was for many of the businesses a great start. It even resulted in a few of them becoming their own restaurant.

For a short period, after the Mercado had closed, people could still visit the building before renovations. The first floor became an indoor playground. On the second floor, people could visit the expo ‘Antwerpen Koekenstad’. Both of them lasted until the end of May.

After the building became vacant again for a short period, a completely different sector got its hands on the old post office. In the summer of 2020, the famous Dutch supermarket Albert Heijn took its place in the building. The Abert Heijn is now owned by the Khan family, who have another store in Lokeren, Belgium. How long the store will be staying, has not been specified. 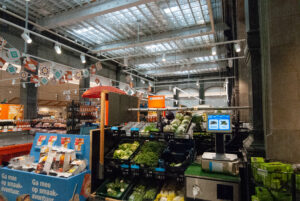 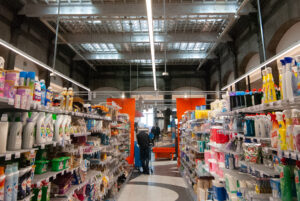 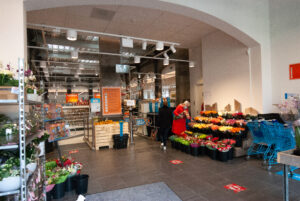 What does the future hold?

The renovations of the old ‘Hotel des Postes’ aren’t done just yet. The top floors of the old post office are going to be transformed into luxury apartments. Bold and Patine Architects are responsible for the restorations and the architecture of these housings.

Anne Gorlé of Patine Architects explains,’ the structures have undergone extensive renovations over the years. As a result, the building complex was a tangle of different levels, mezzanines, stairs, and slopes with no obvious scheme or structure. We’re going to de-stone the inner region by removing certain problematic volumes to keep the value and heritage of the building.’

The ground floor is occupied by a store and the first floor are offices. A spacious roof garden will be set out as a second ground level for the flats on top of the offices. Anne explains,’ There was a lot of focus on greenery that improves the quality of life.’ Residents will be able to access the raised park from the street through an exterior stairway. 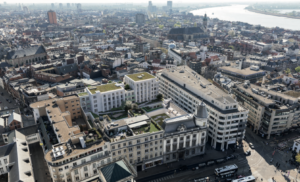 The architect continues, ‘we’re going to use a light beige brick with green glazed accents. This, paired with outward-folding woodwork, gives the facade a whimsical yet sophisticated look. This provides a wonderful and calming space in every apartment.’ 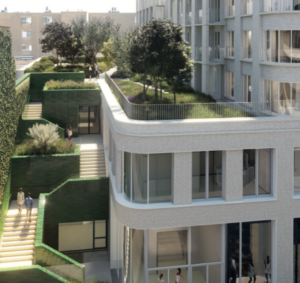 As you can tell, Antwerps Old Post office has had many different purposes over the years. Whatever future changes the building will undergo will remain a mystery. But, however different the future might be, its interesting history will forever remain.