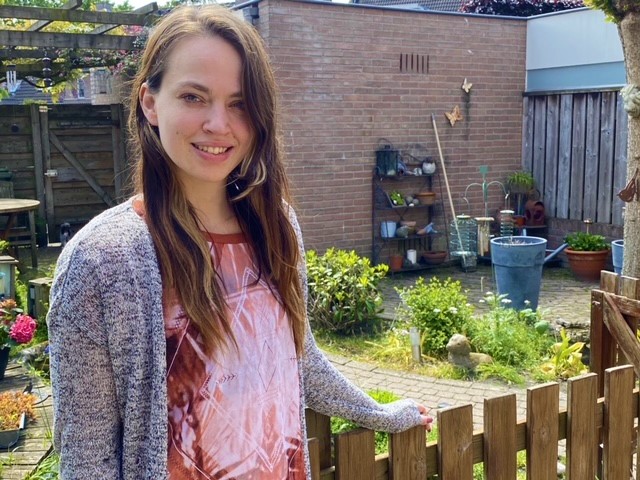 About a month ago Dutch model Tara Koppers had her breast implants removed. She had them for six years. They boosted her confidence, but they were slowly killing her inside. The complaints started only two years after the surgery, but she had no idea that the implants were the culprit. After watching a coverage on the dangers of breast implants, she knew her ‘ticking time bombs’ were responsible for making her sick.

From a D-Cup to ‘dried out tea bags’

Tara always had a full bosom but after giving birth and breastfeeding, her breast transformed. ‘I breastfed for quite a long time and there was no volume left. I always had a D cup and if you suddenly are left behind with ‘dried out tea bags’, that just does something to you psychologically.’ To boost her confidence, she decided to have a breast augmentation at 22 years old.

Happy with the results after having her implants, Tara did not have to hide herself anymore. ‘Before my surgery I felt very bad about my breasts. ‘I model and during photoshoots I would have to share a dressing room. I was so ashamed of my boobs, that I hid myself in a corner.’ Unfortunately, the joy of her new bosom took a turn for the worse. Chronically tired, itching and mood swings are just some of the symptoms that occurred only two years after the implants were placed.

‘The clinic that performed the procedure convinced me that my implants could not break’. That’s why Tara did not connect her complaints to her implants. Until someone at a photoshoot told her to watch a coverage on breast implants from Radar, a Dutch consumer protection television series. After seeing the episode, she was shocked: ‘in the coverage other women with breast implants had the same complaints that I had. I immediately made an appointment with my GP.’ The next day her doctor sent her straight to the hospital for an x-ray. There they discovered that one of her implants ruptured and started leaking into her bloodstream, lymph nodes and behind her sternum.

After the shocking revelation at the hospital, she immediately made an appointment to have her implants removed, with her surgery taking place on May 18, 2021. Since getting rid of them she is relieved, but she is still worried. ‘I don’t know which complaints and symptoms the implants can cause on the long run. Am I at risk for lymphoma?’

To find out where the silicones have traveled more in her body, she will take a test that can show whether there is platinum in her hair. Platinum is a residue that ends up in breast implants during the production of silicones. The test is created by Cyrille Depondt, CEO at Hair Diagnostix. He explains that when platinum is measured in the hair, it means that silicone has migrated from the implants.

Despite her worries Tara is militant. She continues to warn young people on social media to think twice before opting for plastic surgery. She also hired a personal injury lawyer because she wants to sue the clinic.

21bis-reporter Sharmentha Read visited Tara after her surgery. Watch the video below for her story.