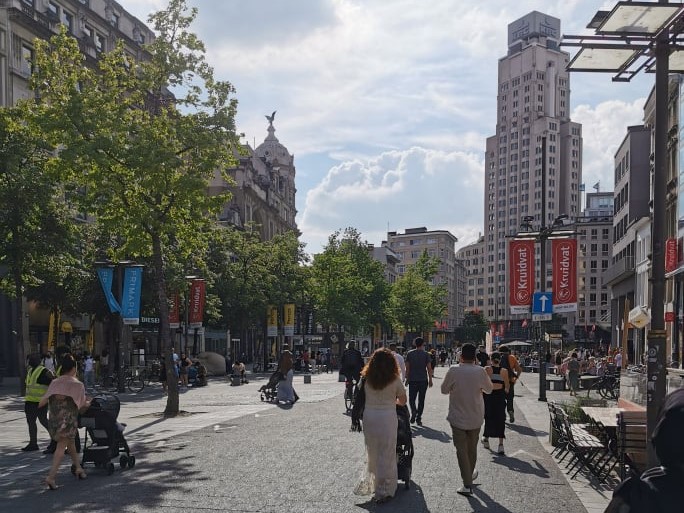 The ‘Boerentoren’ in Antwerp was previously owned by the banking company KBC and its predecessor since the 1930s. In 2018, when asbestos was found in the tower, KBC decided to put it up for sale. The tower was unexpectedly bought in 2020 by entrepreneur Fernand Huts’ logistics group, Katoen Natie. The former bank building will be converted into a cultural tower with exhibitions, a cinema, and art depositories. There would also be space for retail, hospitality, offices, and even housing. We spoke with retired communications manager for KBC and Antwerp connoisseur Danny Braem who told us a bit more about the origins and history of the tower.

The shopaholics among us have probably seen it once or twice while shopping in Antwerp’s biggest shopping street the Meir. At the end of the Meir, you are greeted by the gigantic KBC tower. The 96-meter tall building is the third tallest building in the city. The KBC tower, nicknamed ‘Boerentoren’, is, one of the most iconic buildings in the Antwerp skyline. The former bank building will soon have a completely new function. As a cultural building.

The building was essentially intended as a residential tower with apartments, but there was already room for bank offices, stores and restaurants from the beginning.The “Boerentoren” remained a residential tower for a long time. Only in 1968, after restorations led by architect Léon Stynen, did it become a real office building housing the ‘Kredietbank’. Thirteen years later in 1981 the tower became a protected monument. 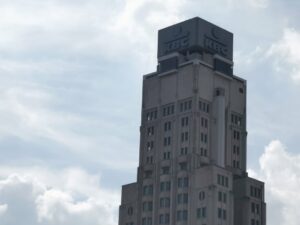