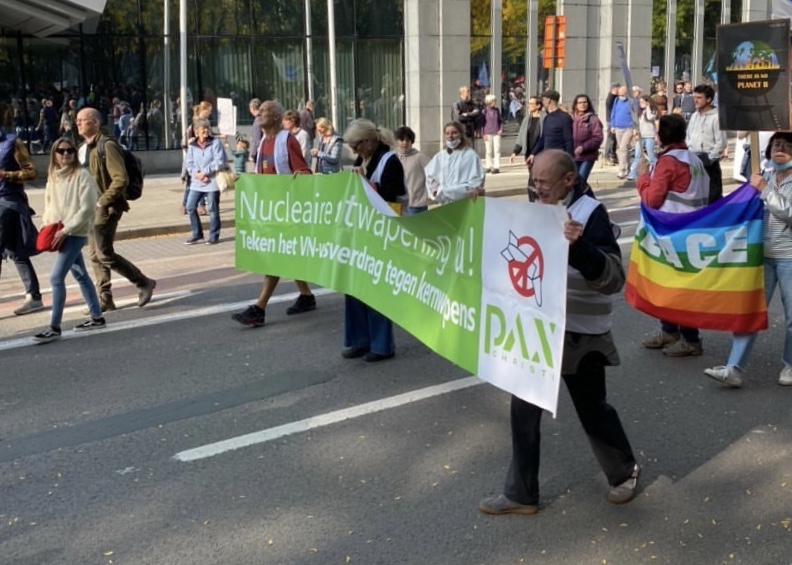 Various climate marches have been held over the past few years, but they abruptly stopped after the 20th of September 2019. Now, almost 2 years later, the protests are back. To people’s surprise, an estimated 70.000 people showed up to the event.

The climate is an issue concerning everyone. Periods of extreme drought are becoming more common, whilst other places are getting washed away by the rising sea-levels. All over the world the impact of climate change is getting clearer than ever.

Youth For Climate started a series of protests in 2019. 3.000 people attended the first protest. In less than a month this number quickly increased to 70.000. Their goal is to raise awareness for politicians to speak up on this matter. How did they do this? They skipped school and showed up all over the streets of Brussels.

We spoke to a few people that attended the march and asked their opinions. What was their experience and how do they see the future?

Axelle Defossez (25): “I personally think the focus is too much on the individuals. Big companies, especially oil companies, produce an immense amount of carbon dioxide. Only a hundred companies in the world are responsible for 71% of global emissions. Somehow they get away with it, but I could travel by bike all I want, but if big companies keep doing what they’re doing, it won’t matter. I fear that protesting on its own won’t be enough, considering that to this day little to nothing has changed.

Politicians should start to realize that doing something about climate change would directly benefit them as well. They usually aren’t as affected by the consequences, unlike the average person. It’s really important that we keep doing this, especially with the climate conference in Glasgow that’s coming up. This is the last chance for politicians to show us they care and listen.” 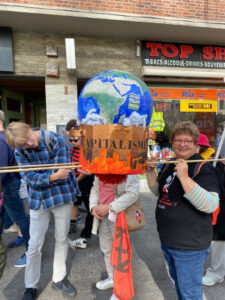 Sarah Janse (23): “I, myself, have only been to one other climate strike besides this one. Yesterday made me realize more than even just how important this matter is. It was nice to see people of all ages being so passionate about our climate, it spreads hope.

I, and I am not the only one, am still disappointed by the lack of changes that have been made since the first demonstration. In the Netherlands stricter measures surrounding nitrogen emission were made quite quickly. Why can’t we do that? I hope this strike gives a clear signal to the government and will finally cause the changes we so desperately need.” 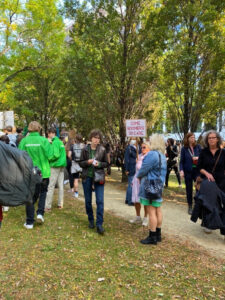 Matthieu Vandenbroucke (37): “Our planet is suffering. It’s clearer than ever. Water was literally at our feet this summer (Belgium) and what do the politicians do? Nothing. This is not acceptable anymore. I went to the strikes in 2019 as well and nothing has changed. We just walk on the streets with signs, politicians look and then they go back to their big home in their big cars.

I feel like the people, including me, aren’t gonna stay calm. We’re filled with anger. We want, no sorry, we need change. That’s the biggest difference between today and two years ago, we’re not accepting it anymore.”