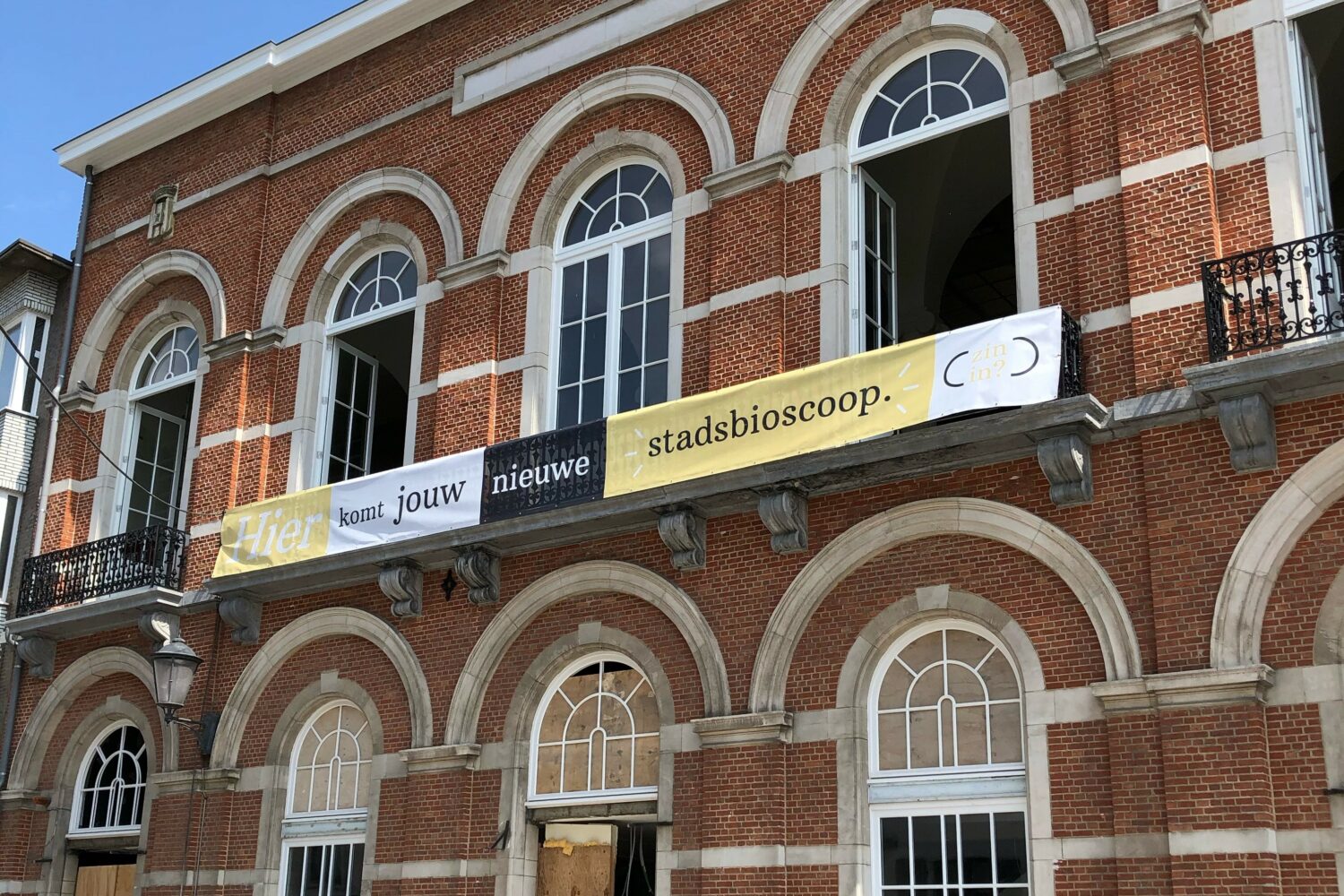 The old festivity hall in the heart of Mechelen has been transformed into a cinema that will open this Friday on the 8th of October. As it was clear the old festivity hall build in 1883 did not serve any purpose to the city anymore it became clear that it needed a new purpose. Therefore, the city of Mechelen partnered up with Lumiére who already owned two other cinemas in Antwerp and Bruges in order to bring new life to the historic building. The city hall was renovated up to modern standards and repurposed into a brand-new cinema. In the middle of the hall now stands a massive cube containing three rooms all fit for a big audience.

Lumière however is not the classical movie theatre we are used to. Lumière wants to emphasize on the experience of the viewer and therefore you can also find a specific selection of films and a different set of drinks and snacks. According to theatre manager Ingeborg Verstappen we can also expect a big event together with the cinemas opening weekend: “We are planning to open with a big event-weekend starting this Friday, you can expect a photobooth, poster fairs, a special film breakfast and much more.”