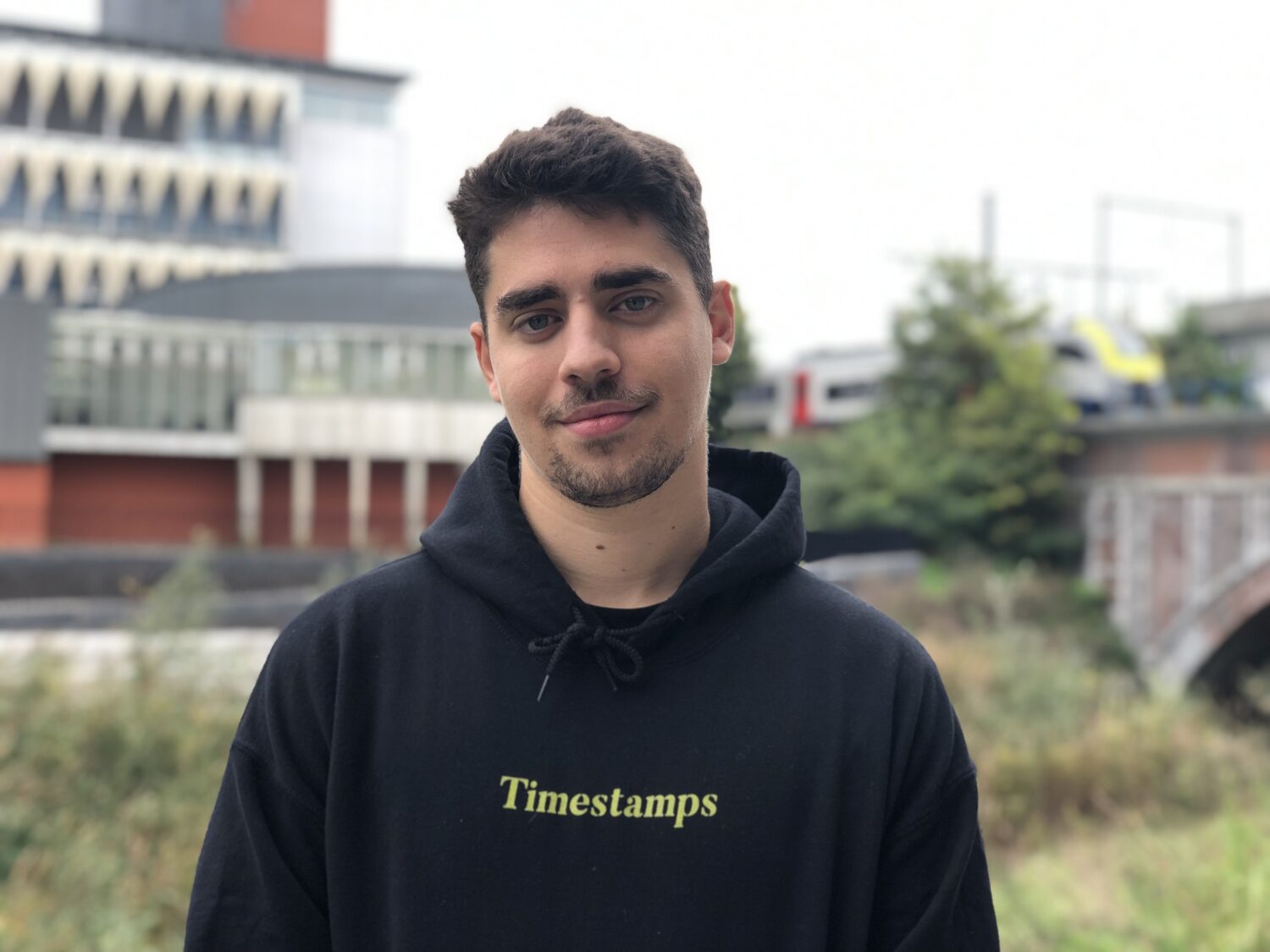 Matthias Vollon (22) releases Timestamps, his debut album, on the 22nd of October. The album contains 11 numbers which are all about Matthias’ personal life.

Matthias Vollon, a digital media manager student from Antwerp, started a YouTube channel in 2015 under the name Matthyaz. Six years later, he still goes through life known as Matthyaz, but as a singer. On the 22nd of October, he will release his first album Timestamps.

Timestamps is a reference to Matthias’ timestamps in life. Every song covers a different aspect of his life. In Over Now he sings about a toxic relationship that ended and how he is happy it’s over. Other topics he sings about are his youth and the divorce of his parents. ‘It’s a sort of therapy to sing about topics I never could talk about before’, says Matthias.

His artist name is a coincidence. He thought that Matthyaz would be cooler for his YouTube channel and so, Matthyaz was born.

Matthias started making songs in February last year, the beginning of the pandemic. ‘There was no better period to make music’, said Matthias. ‘All classes were online, so I could start writing right after class. I had everything in my room: a decent microphone and some editing software. It took me seven months to complete the album and I can’t wait to show you the result next Friday. It’s a mix of sad, energetic, and also deep RnB songs.’

If we believe Matthias, it won’t be the last time we hear music from him. ‘I still have a lot of concepts in my head. I already have five songs ready that I would like to release during the next year.’

Timestamps will be available on all streaming platforms like Spotify, YouTube, and Soundcloud from the 22nd of October. ‘I didn’t want to make a cd out of my album. I feel it’s a bit old and not a lot of people actually buy it anymore. I still wanted to have something physical and that’s why I made a hoodie with the name of the album on it.’

You can win one of those hoodies via the Instagram page of Matthias.