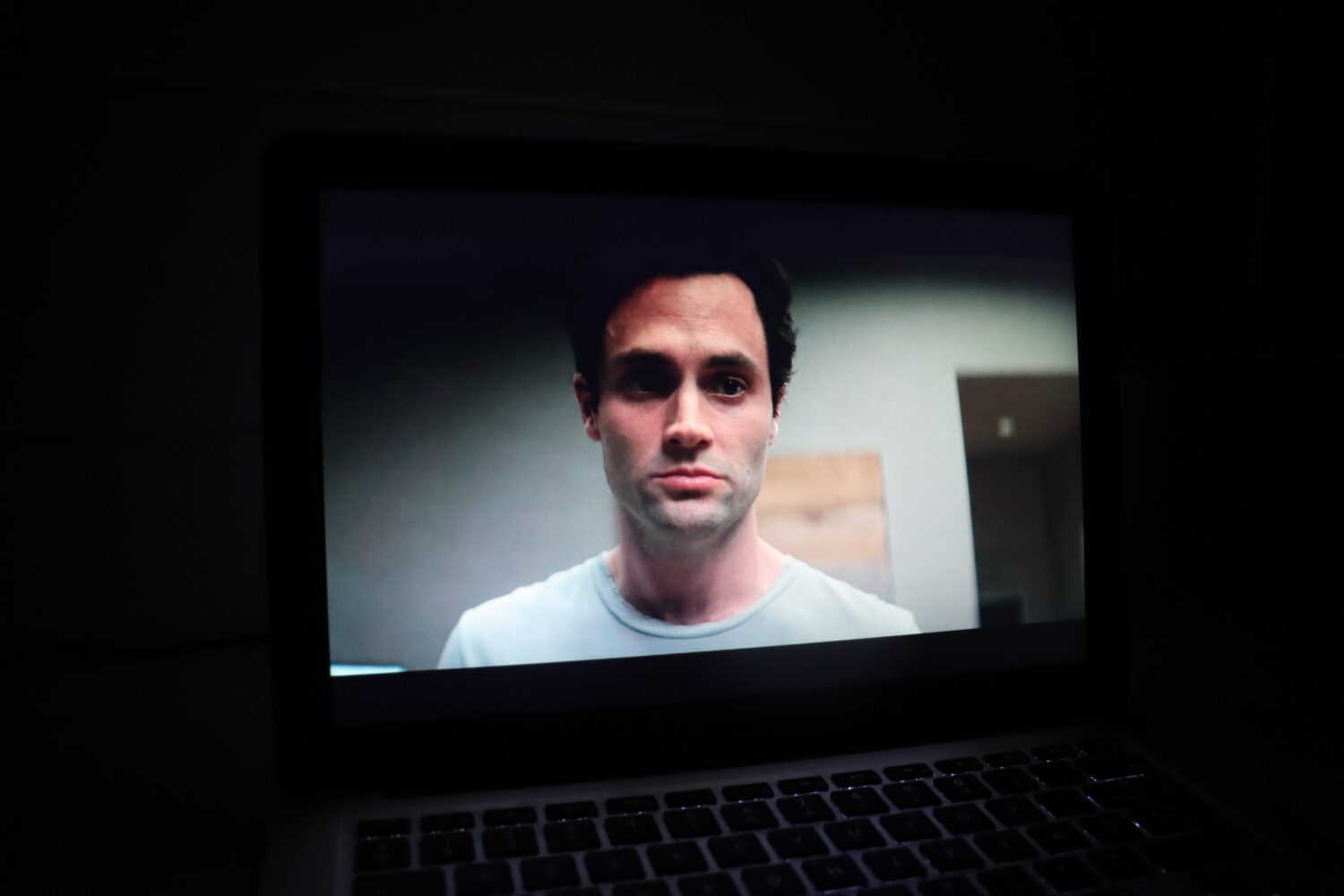 On October 15th, Netflix released the third season of YOU, a psychological thriller based on the book Hidden Bodies by Caroline Kepnes. Through ten episodes, viewers can follow serial killer Joe Goldberg’s path to find ‘true love’. After the first two seasons brought him to New York and Los Angeles, it now brings him to Madre Linda in California: a similar place to L.A., full of snobs Joe has been desperately trying to avoid.

The show has its own way to make you feel sorry for the lead character: Joe Goldberg, played by Gossip Girl-star Penn Badgley, is a charming and thoughtful person you can find at your nearest library or bookstore. He considers himself a ‘good man’, he has just some things to cope with after his horrible, traumatic childhood. Joe has a soft spot for the weaker, whom he tries to help. Ironically, he is the one who made their lives miserable in the first place.

‘It eventually makes you want to delete those apps for good’

Goldberg created a pattern for himself he tries to break through: he meets a woman, falls deeply in love and eventually promises himself to love her to death. He keeps track of their locations through Instagram, Facebook and even Twitter, which makes you wonder if social media is worth it, and eventually makes you want to delete those apps for good.

‘A new season filled with vegans and tech-nerds’

Surely another woman led him to another chapter in his life: Joe is married to Love Quinn (played by Victoria Pedretti) and recently became a father, of Henry, the son he never wanted. As season two revealed that Love is just as crazy as her husband, there is a push-and-pull game of trying to be the perfect family yet projecting their flaws onto each other. Being good parents can be quite tough, as they need to find time to change diapers and bury bodies in the woods in the Quinn’s household. Badgley’s crazy eyes and Pedretti’s excellent performance of Love’s manic episodes give an eccentric dynamic between the two serial killers.

A new season brings new characters: a neighbourhood filled with vegans and tech-nerds who got their hands on the newest gadgets such as phone trackers, which Joe clearly isn’t a fan of.

‘Anti-vaxxers get dealt with the hard way’

Narrator Joe gives a detailed description of what their personalities are like. Sherry Conrad, influencer and mommy blogger with no empathy and a crazy obsession with her children’s blood sugar levels. Her clique (life coach Kiki and stay-at-home dad Andrew) are just as fixated on organic food, strict intermittent fasting and thrive on gossip. After a year of Covid-19 and the vaccine aftermath, the show also shines a light on anti-vaxxers, which Love deals with the hard way.

YOU has a way of switching the roles, portraying the side characters as the real villains, which often leads to inevitable murders. The cliché but entertaining personalities make you laugh about how awful one can be.

Meanwhile, other characters barely have anything to say and just get added to the body count.

‘Watching the previous seasons is helpful, but not necessary’

Despite some of the predictable storylines, YOU is a tension-filled show that twists your mind: do you secretly hope Joe Goldberg does not get caught or finally wait for his true identity to be revealed?

Watching season one and two is helpful to know what has been going on, but is not necessary. Although, it can give you more information about the previous women Joe treasured and the family drama Love has been through. It is nice to see certain progress throughout the show between the lead characters’ first actions and now facing the everlasting consequences.

As Netflix announced the show gets renewed for a fourth season, one thing is presumable: Joe’s killing hasn’t come to an end yet.